After unsuccessful attempt to reach the group of lower fibo-levels at 1.3465 – 1.3455, Euro started correction. Possibly, price may form flat pattern during the next several days. In the future, bears may return to the market and reach their predicted targets. 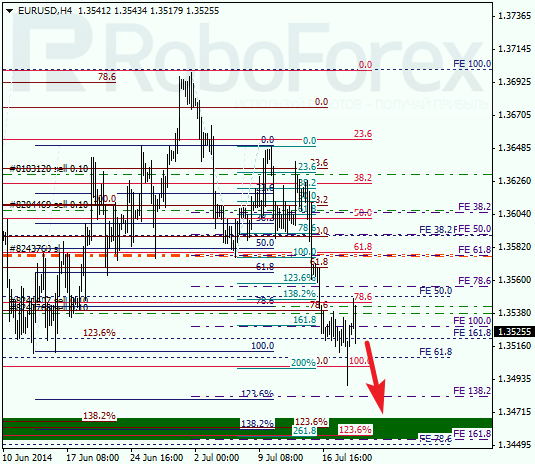 As we can see at H1 chart, main lower target is confirmed by local fibo-levels. According to analysis of updated temporary fibo-zones, lower levels may be reached by Tuesday. However, if price continues consolidating, then current correction may complete inside this temporary fibo-zone. 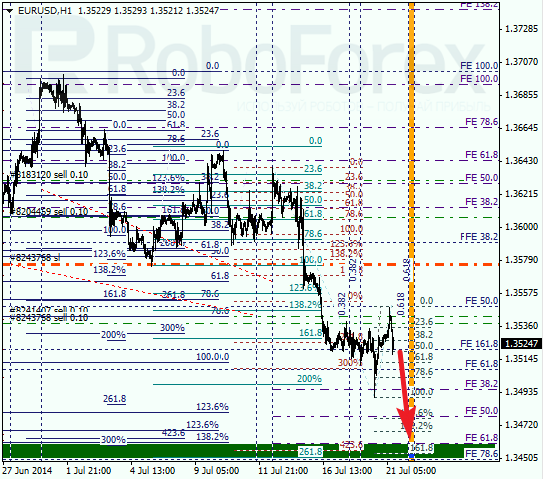 During local correction last week, I opened another buy order. Targets are still the group of upper fibo-levels at 0.9105 – 0.9095. Stop loss on my current orders is almost in breakeven; later I’m planning to increase my long position. 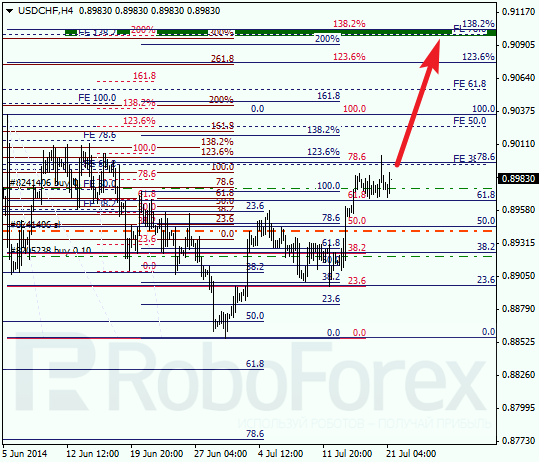 As we can see at H1 chart, franc rebounded from level of 61.8% (0.8895) and started new ascending movement. According to analysis of temporary fibo-zones, upper targets may be reached by the middle of the week. If later pair rebounds from predicted targets, market may start new and more serious correction. 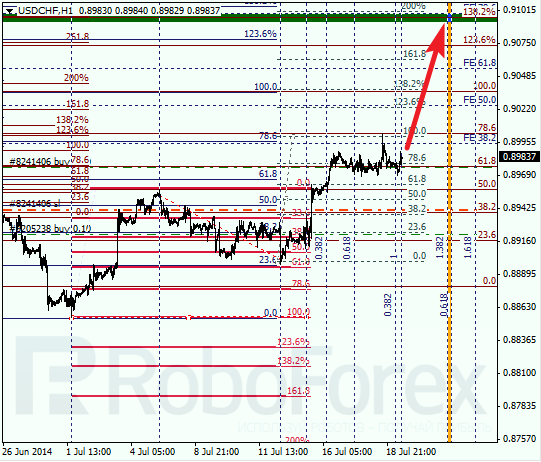