Euro is still moving inside a strong bullish trend; the target for the next several weeks is at the level of 1.3660, where we can see several fibo-levels, which make it even more important. However, on its way to the main target, the price is surely to reach several intermediate and less important target levels. 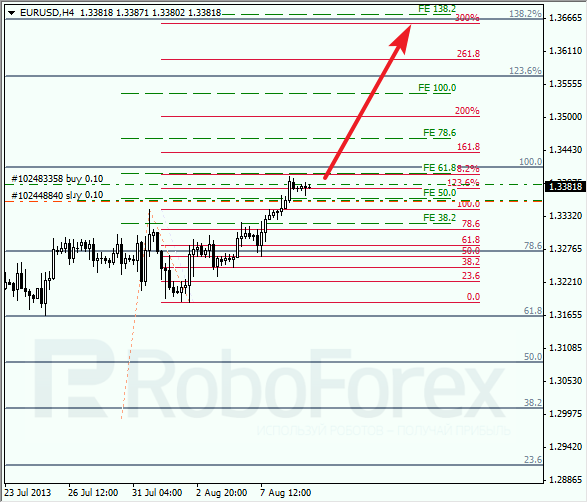 One of the above-mentioned intermediate levels is very close. At the H1 chart, we can see several important levels near the level of 1.3415, which may be a strong resistance for the bulls. That’s why I moved the stop on my first buy order into the black to decrease the risk and then opened the second long position. 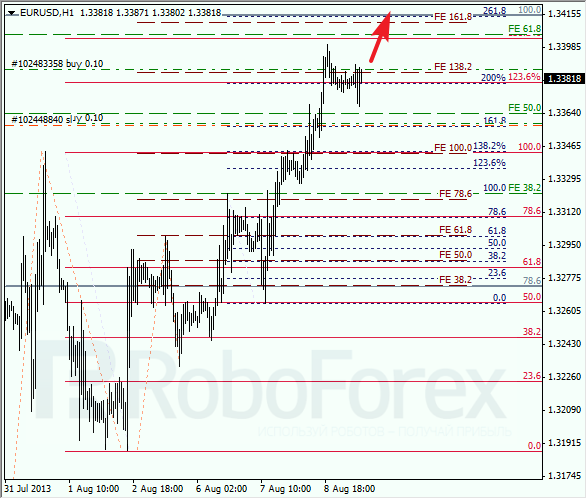 Franc is also moving towards its important target near the level of 0.8750. At the same time, we can see that in order to reach the main target, the price will have to break less important levels, which may become starting points of several corrections. These corrections may be considered as a good opportunity to increase short positions. 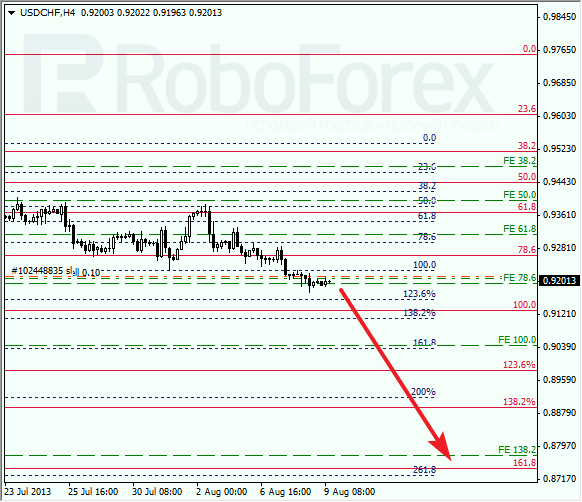 At the H1 chart, the closest target for the bears is the level of 0.9130. Considering today is Friday, I decided to move the stop on my order into the black in order to decrease the risk. There is a possibility that the pair may break a local minimum during the day. 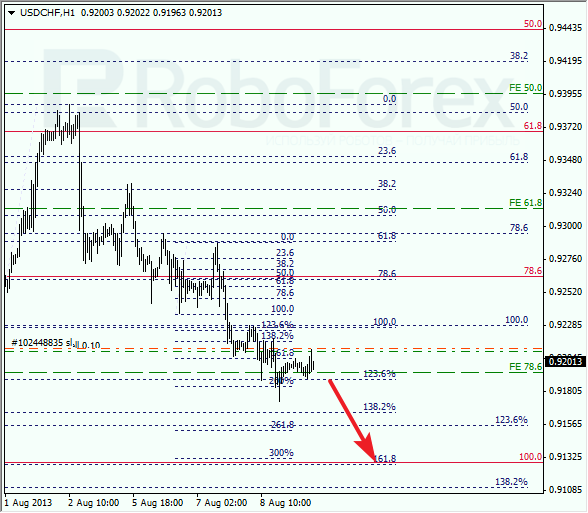