The EUR/USD currency pair is falling down; the bears may continue pushing the price downwards in the future. The closest target is the correctional level of 38.2%, which is confirmed by two more fibo-levels. 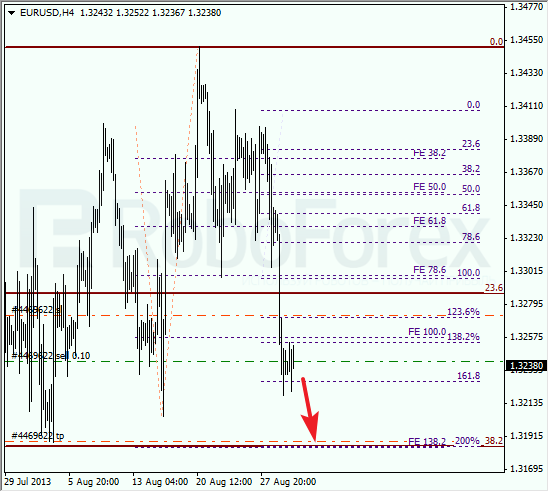 At the H1 chart we can see, that in the target area there is one more confirming fibo level, 161.8% (extension). According to the analysis of the temporary fibo-zones, predicted targets may be reached during the next several hours. Later the price may rebound from several fibo-levels and start a new local correction. 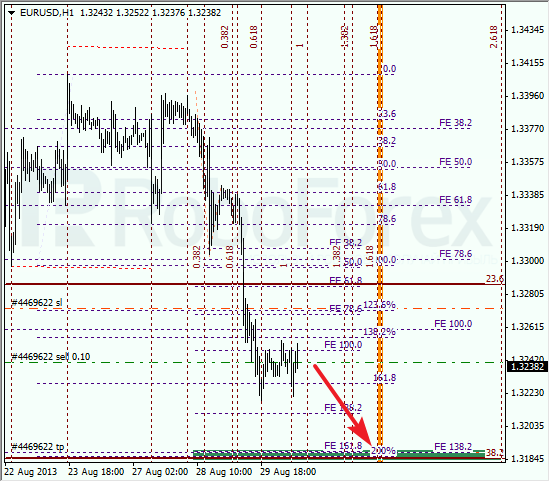 It looks like Franc is also not going to make a reverse downwards. We can’t exclude a possibility that the pair may continue growing up towards several fibo-levels at the top of the chart. During a local correction, I opened a short-term buy order. I’ll move the stop into the black as soon as the price breaks a local maximum. 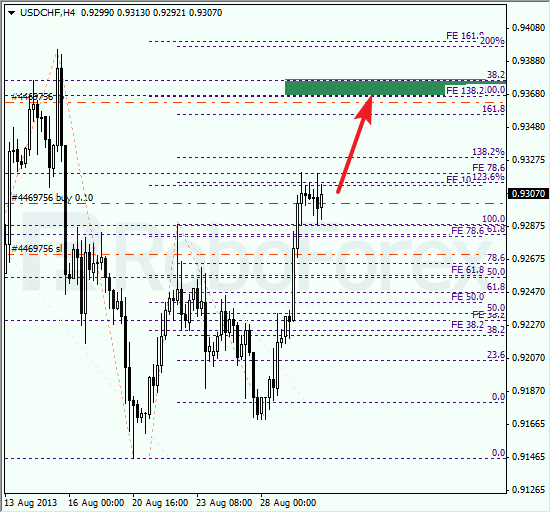 At the H1 chart we can see, that the target area is formed by four fibo-levels. According to the analysis of the temporary fibo-zones, the target area may be reached on Monday.  We can’t exclude a possibility that the bulls may face the resistance from the target levels. 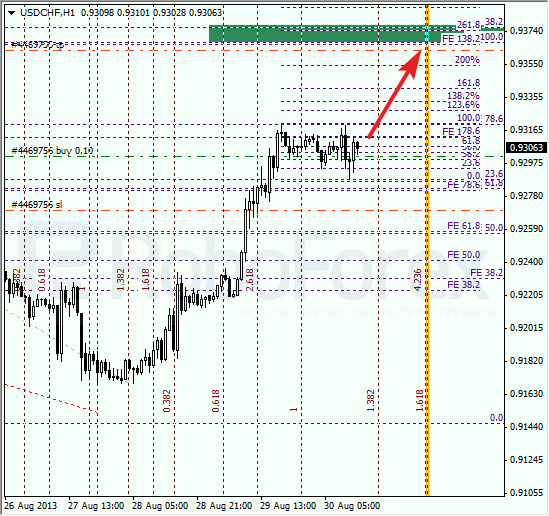