The EUR/USD currency pair is still being corrected. Earlier the price broke the level of 38.2% and may try to test the level of 50%. If the pair rebounds from it, the market may start a deeper correction. 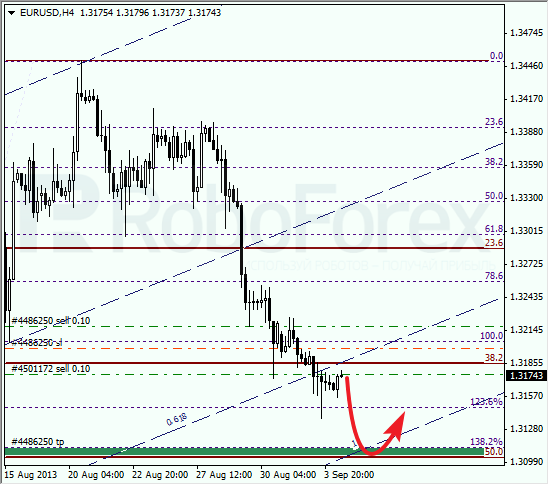 At the H1 chart, there are two more fibo-levels, 161.8% and 138.2%, in the target area, which make it even more important. Moreover, the bears may face the resistance from the 1 line of the fibo-channel. According to the analysis of the temporary fibo-zones, the predicted targets may be reached during the day. 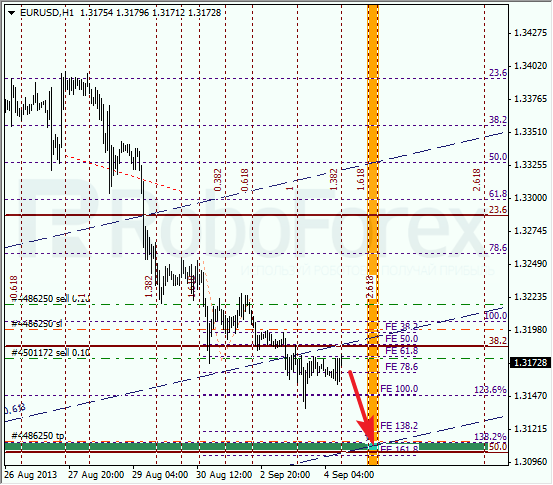 Franc reached the target area and rebounded from it twice. We can’t exclude a possibility that during the next several days the market may form a correction, that’s why I’m staying out of the market. 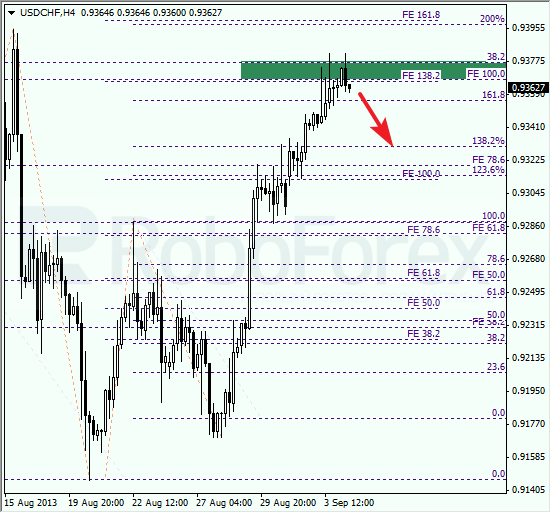 At the H1 chart we can see, that the temporary fibo-zones indicate a possible reverse. The target of this possible correction is the level of 38.2%. If later the pair rebounds from the above-mentioned level, I’ll try to open several buy orders. 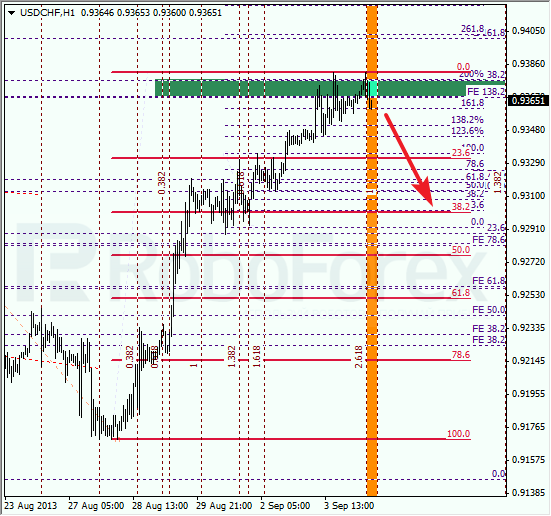