The EUR/USD currency pair is still being corrected. I’m keeping my buy order with the target in the area, formed by the levels of 78.6%, 138.2%, and 161.8%. I’ll move the stop into the black as soon as the price breaks the maximum. 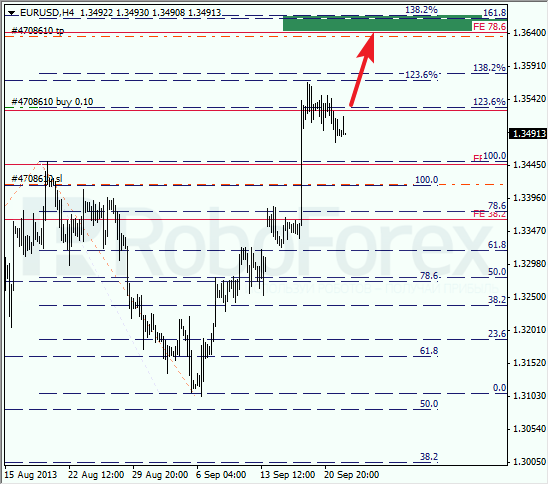 At the H1 chart we can see, that the price is inside flat pattern, that’s why the temporary fibo-zones are also moving. The next important area may be reached on Thursday. One more target is the level of 200%. 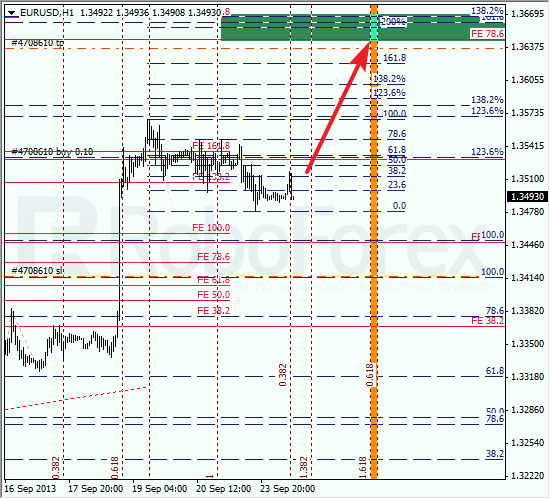 Franc is also consolidating. The main target is still in the area formed by the levels of 161.8% and 138.2%. Later these levels may become a starting point of a new and larger correction. 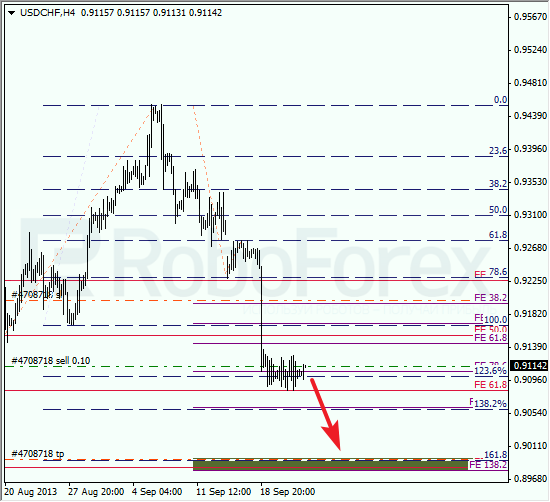 As we can see at the H1 chart, the target area is formed by four fibo-levels. According to the temporary fibo-zones, the predicted target area may be reached on Thursday. I’ve got only one sell order so far, but I’m planning to open several more in the future. 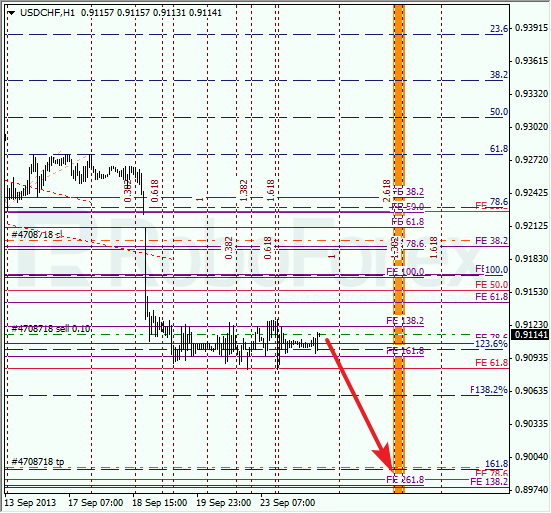