The EUR/USD currency pair broke the maximum and I moved the stop on my buy order into the black. Most likely, in the nearest future the bulls will start a new ascending movement towards the target area, which is formed by three fibo-levels. 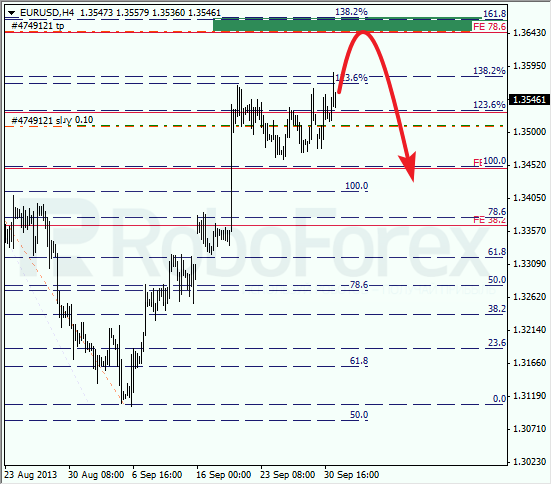 At the H1 chart, the market is being corrected. There is a possibility that the predicted targets may be reached on Tuesday. 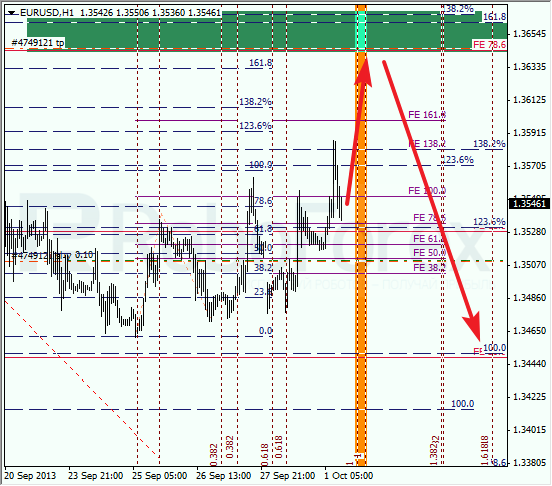 Franc rebounded from the target area. Take Profit on my sell order worked and right now I’m staying out of the market. Most likely, during the next several weeks the price will form a correction. 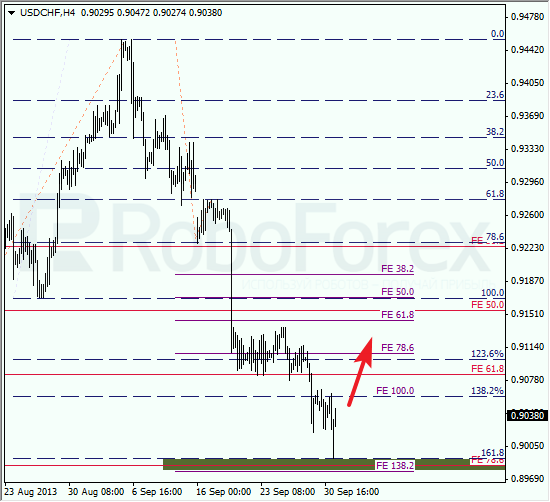 At the H1 chart, the price rebounded from the upper border of the target area, missing the temporary fibo-zones a little bit. The first target for the bulls is at the local correctional level of 61.8%. 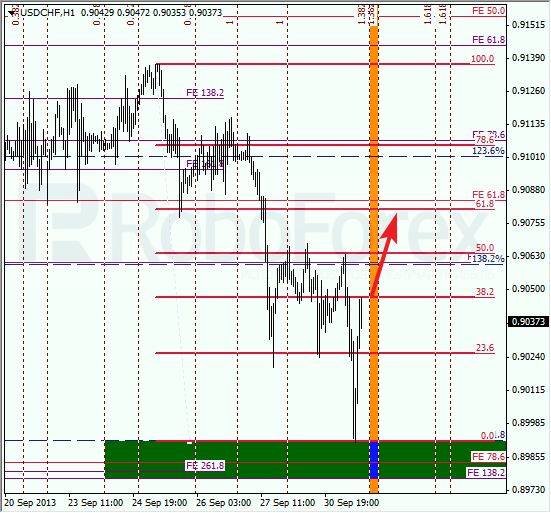