After rebounding from the target area, the EUR/USD currency pair started falling down. The first target for the bears is the level of 38.2% (red line). During a local correction, I opened a sell order witj the stop place at the maximum. 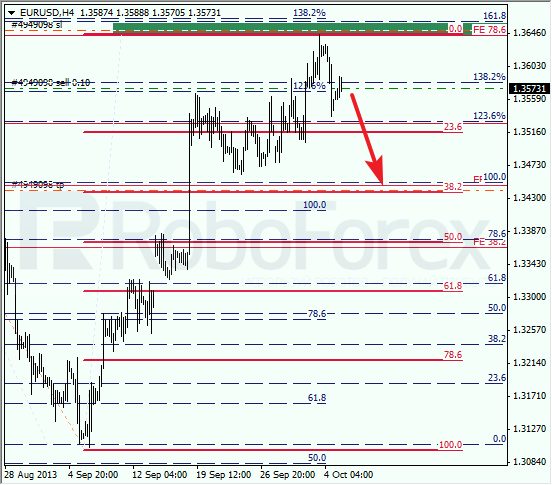 At the H1 chart we can see, the price made a reverse inside one of the temporary fibo-zones. A local correction was 50%, which is enough. Most likely, the pair will break the minimum during the day. 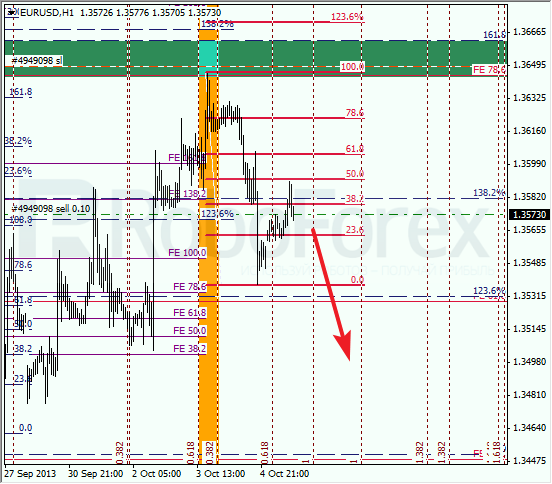 Franc’s second attempt to rebound from the lower levels was successful. The closest target of the current correction is the level of 38.2%. If the price breaks it, the pair may start a deeper pullback. 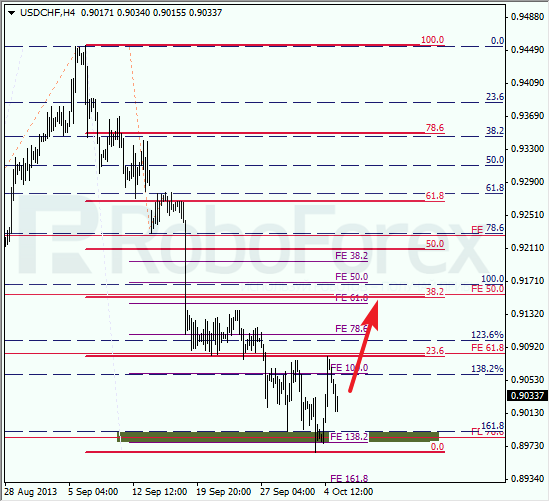 At the H1 chart, a local correction is taking place. The market was a little bit shy to reach the level of 61.8%. It looks like the price is going to move upwards quite fast during the next several days. 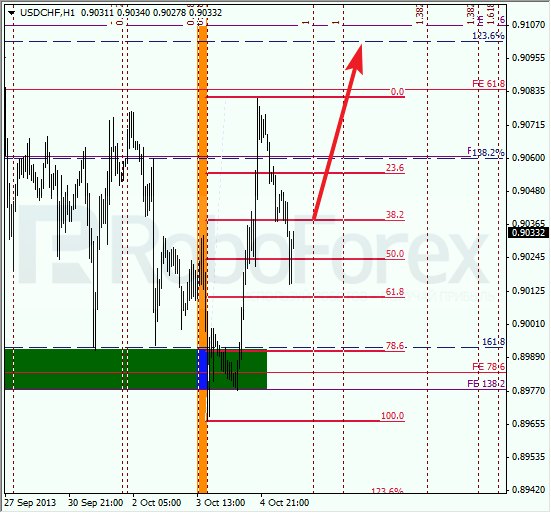