After making a strong ascending movement last week, Euro is being corrected. The first two targets for the bulls are still at the levels of 50% and 61.8% (fibo-extension). During a correction, I opened one more buy order with Take Profit placed at the level of 61.8%. 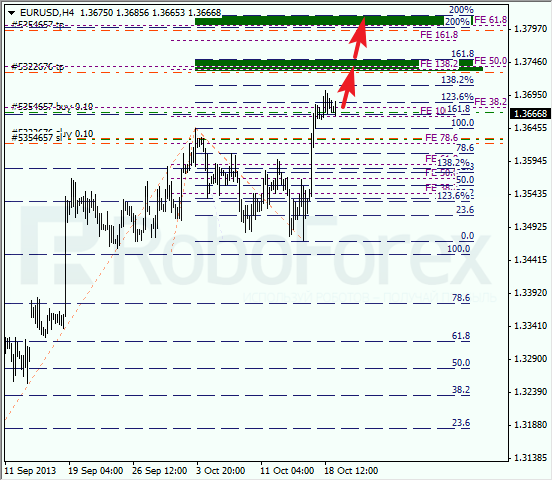 At the H1 chart, the pair is consolidating. According to the analysis of the temporary fibo-zones, the first target may be reached during the day. If the price rebounds form the level of 50%, the pair may start a new correction. 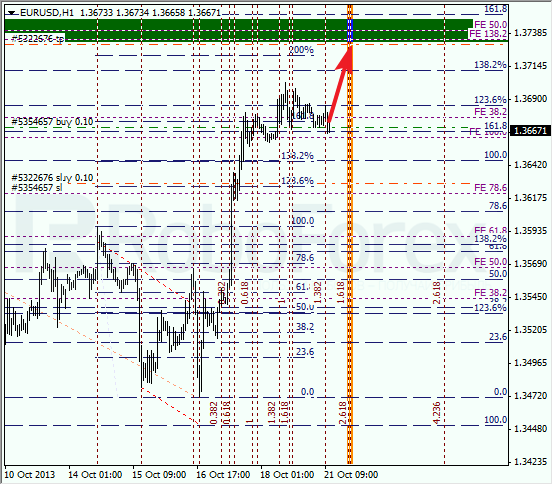 Franc is also being corrected. Most likely, one of these days the bears will return to the market and break the minimum. The main target is still at the level of 61.8% (fibo-extension), where there are several more confirming levels. 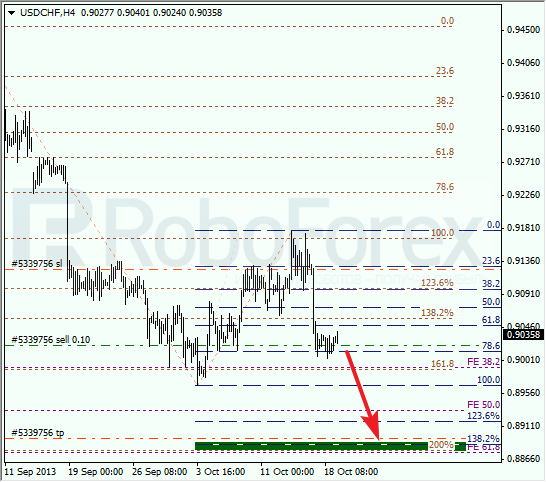 At the H1 chart, the price is consolidating. I’ll move the stop into the black as soon as the pair breaks the minimum. According to the analysis of the temporary fibo-zones, the sellers may reach their predicted targets by Wednesday. 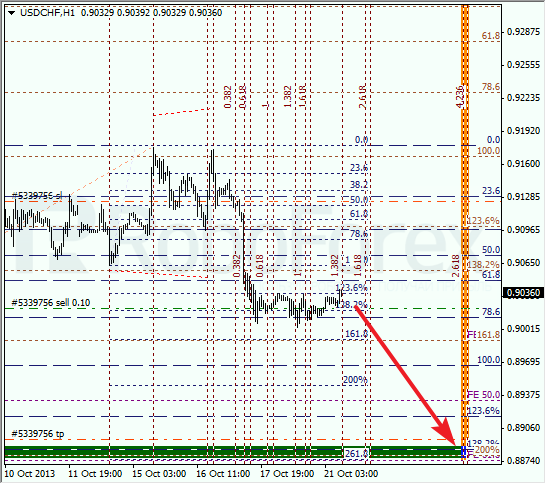