Eurodollar is still being corrected. Price may yet reach new minimum, but later it is expected to start growing up towards upper fibo-levels again. I’m keeping my buy order so far and planning to increase my long position in the future. 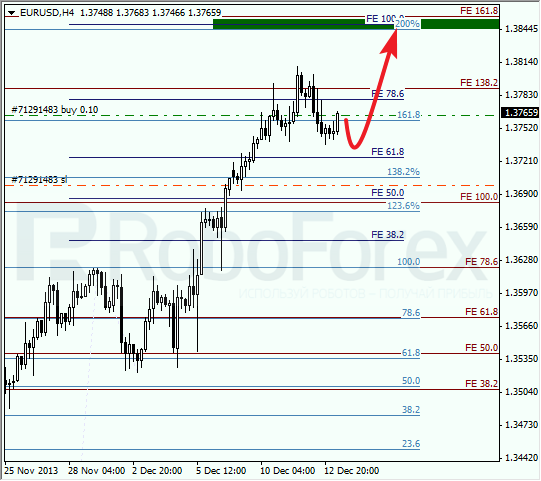 At H1 chart, the first part of current correction finished right inside temporary fibo-zone. Previous ascending movement was corrected for 23.6%, and bears are unlikely to form deeper pullback. If price rebounds from this level again, I’ll open on more order. 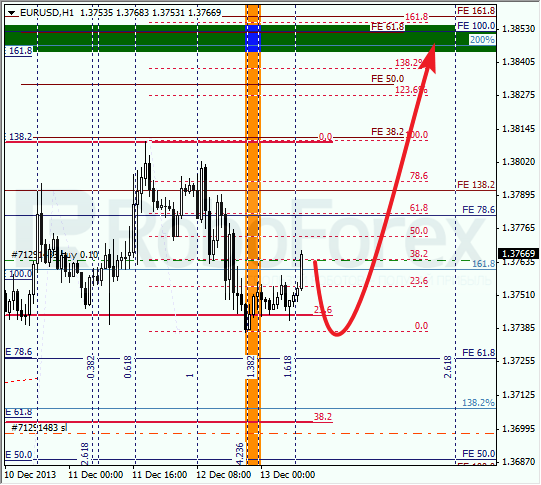 Franc is also being corrected. Probably, pair ay break local maximum, but later it is expected to start falling down again. Target is in lower area, where there are several fibo-levels. 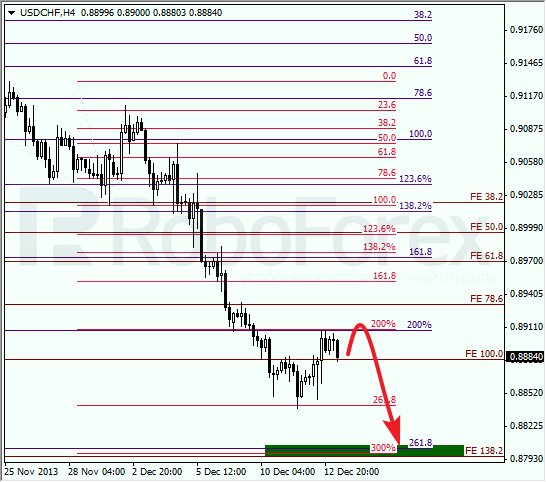 At H1 chart, correction was 23.6%. Most likely, Franc will try to test this levels once again during the day. Considering that price is moving very close to temporary fibo-zone, market may rebound from level of 23.6% for the second time during the next several hours. 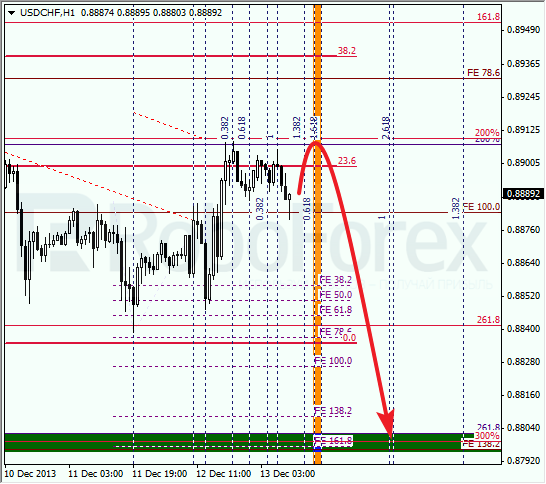