Eurodollar started new correction. Possibly, in the nearest future correctional movement may continue and price may reach new local maximum. I’ve got one short-term buy order so far; later pair is expected to start falling down towards lower fibo-levels. 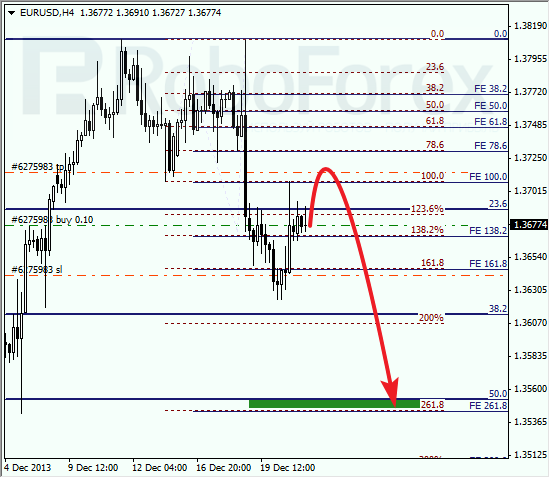 As we can see at H1 chart, target for current local correction is at level of 50%. If later market rebounds from this level, bears may start new descending movement. According to analysis of temporary fibo-zones, local targets may be reached on Monday. 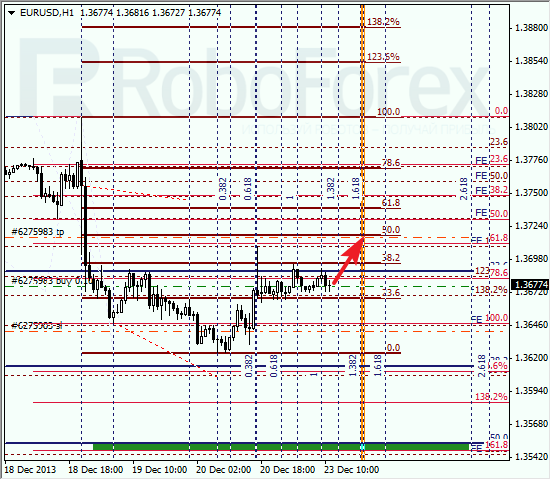 After making fast ascending movement, Franc started new correction. It looks like price is going to reach another local maximum before starting moving upwards again. Possibly, this correction may complete during the next 24 hours and market may start growing up towards upper fibo-levels. 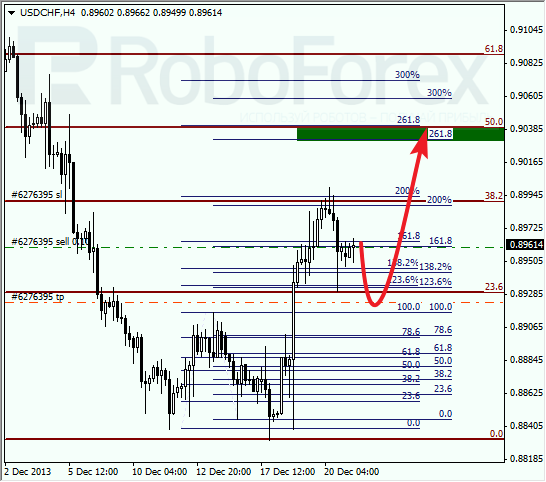 During local correction, I opened sell order with target at local level of 50%. Later, pair may rebound from this level. According to analysis of temporary fibo-zones, this correction ay finish during the day. 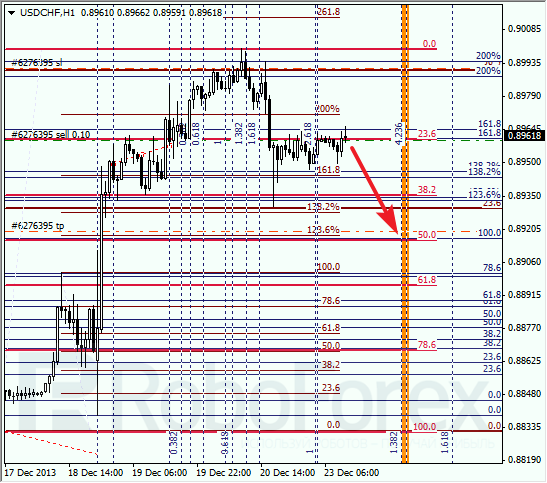