Eurodollar’s attempt to resume falling resulted in the pair’s returning to flat.  Earlier, I decided to change the target for my sell order; now it’s the group of lower fibo-levels at 1.2215 – 1.2190. During the current correction, I opened two additional sell orders. 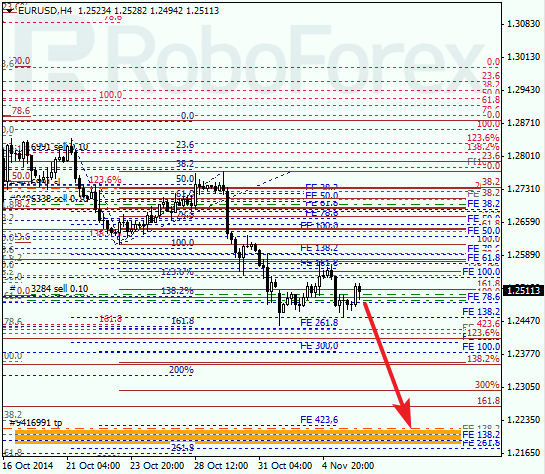 At the H1 chart, temporary fibo-zones indicate that a local correction has completed at retracement 78.6%. The main predicted targets are confirmed by several local retracements. Considering that the pair has rebounded from a local retracement 61.8%, the market is expected to break the minimum in the nearest future. 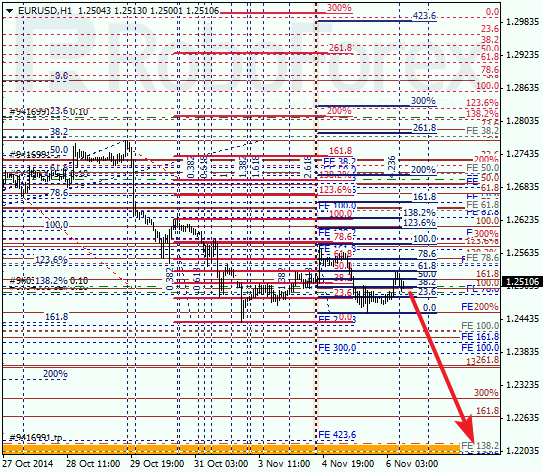 Franc is attempting to leave its consolidation range. Last week the price rebounded from retracement 61.8% and resumed growing. The target for buyers is the group of upper fibo-levels. 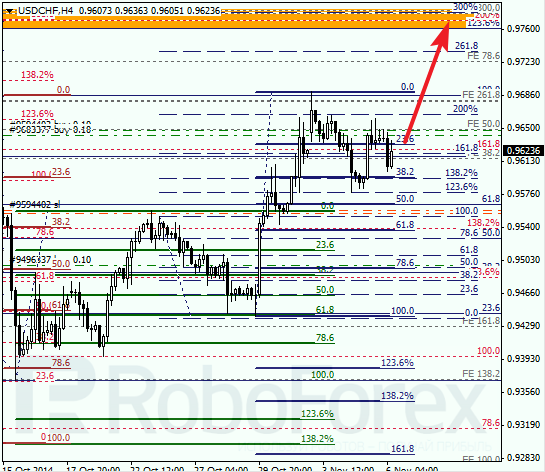 At the H1 chart, the upper targets are confirmed by several local retracements. During this correction, I’ve already opened two additional buy orders. If the pair rebounds from the upper levels, the market may start a serious pullback downwards. 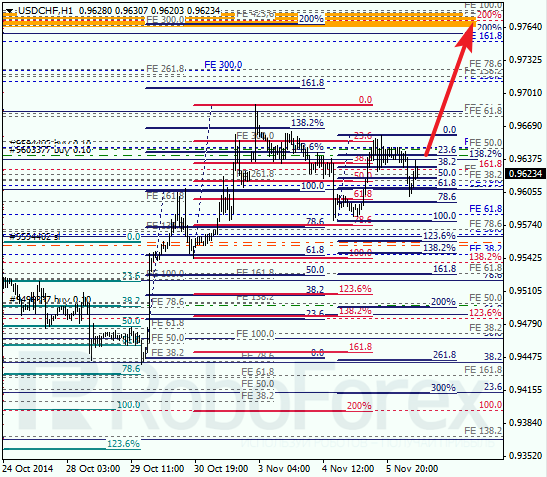