After rebounding from the upper correctional levels for the second time, Eurodollar is trying to resume its descending movement. The closest target is the group of fibo-levels at 1.0940. I’m planning to stop trading after the pair reaches the above-mentioned area. 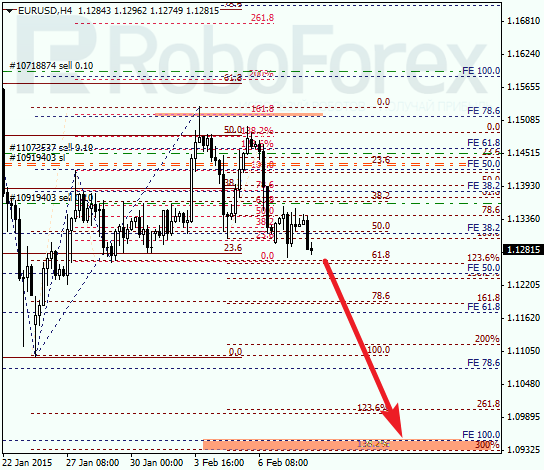 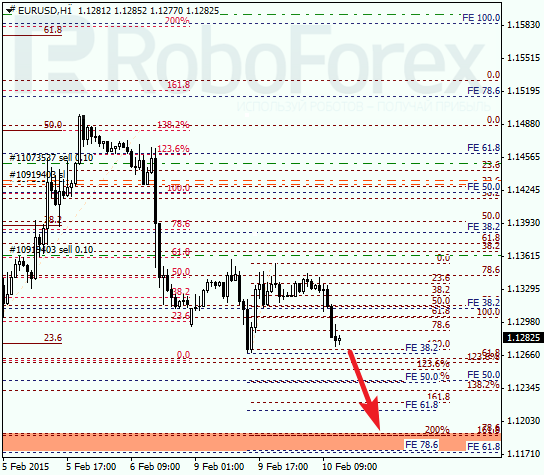 The pair is trying to complete the current correction near retracement 61.8%, which is confirmed by several less important fibo-levels. If the pair rebounds from this area, the market may start a new descending movement. 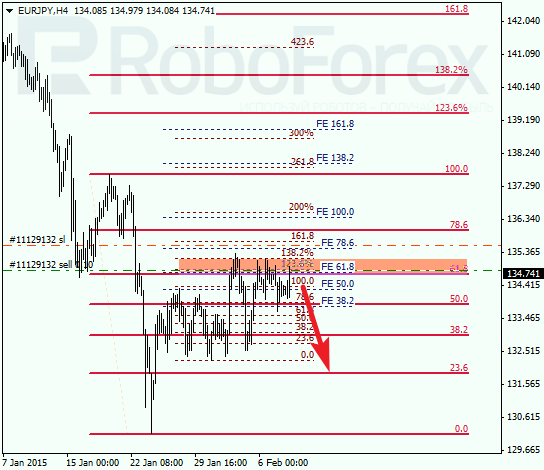 As we can see at the H1 chart, the predicted target area of this correction is confirmed by local retracements. Probably, the price may rebound from these levels quite soon. After that, I’m planning to open another sell order. 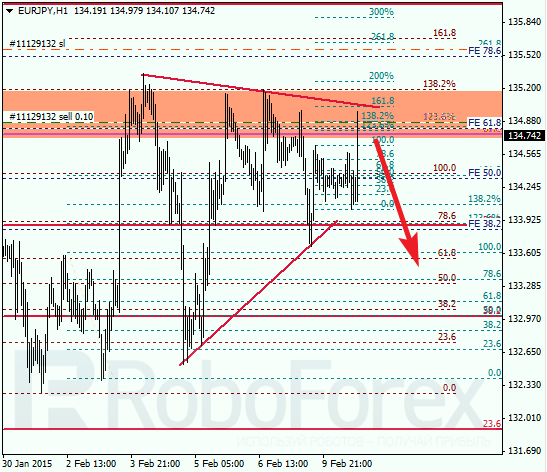