In case of Eurodollar, the trend is still bearish. The target is the group of lower fibo-levels at 1.2435 – 1.2425. I’ll move the stop loss to breakeven as soon as the price breaks the minimum. 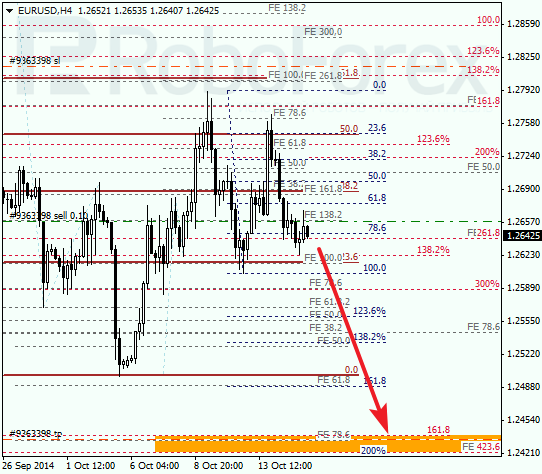 As we can see at the H1 chart, the price has rebounded from a local retracement 23.6%. Temporary fibo‑zones indicate that the predicted targets may be reached by Thursday. Later, if the pair rebounds from them, the market may start a new correction. 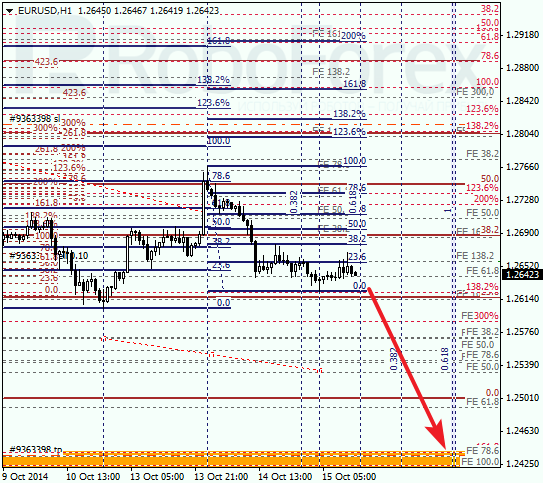 Franc is also trying to resume its movement inside the main trend. Earlier, the market rebounded from retracement 50% twice. The target is still the group of upper fibo-levels. 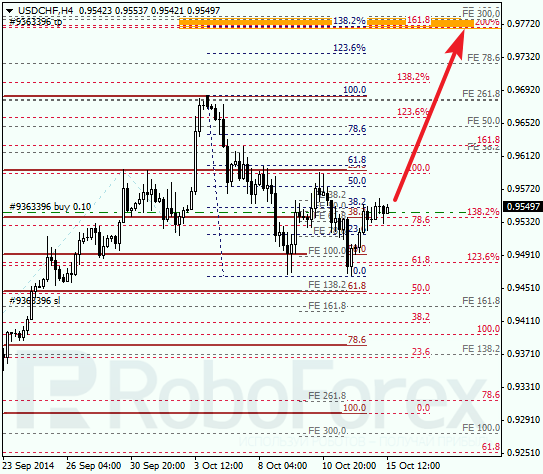 At H1 chart, the market has rebounded from a local retracement 50%. Temporary fibo-zones indicate that the pair may reach the predicted targets during the next 24 hours. Later, the price may start a more serious and deeper correction. 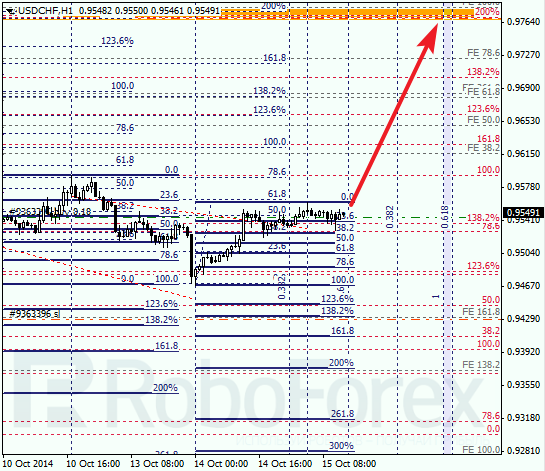