Eurodollar is still being corrected and trying to rebound from the upper fibo-levels. The closest target for bears is the group of fibo-levels at 1.0940. I’m planning to stop trading after the pair reaches the above-mentioned area. 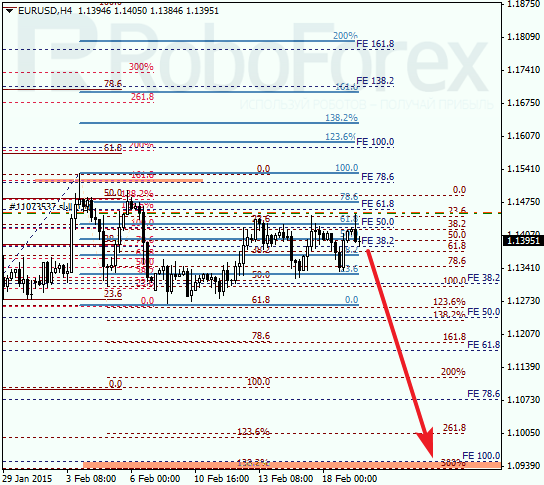 At the H1 chart, the pair has rebounded from a correctional retracement 61.8% for the third time. The intermediate target is the group of fibo-levels at 1.1180. Possibly, later the pair may start a new short-term correction from the lower levels. 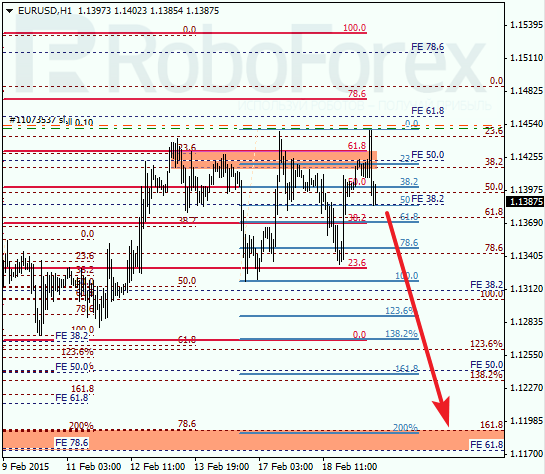 After rebounding from a correctional retracement 61.8% and several local levels near it, the price started falling again. The target is still at the group of lower fibo-levels. In the nearest future, the market is expected to continue its descending movement. 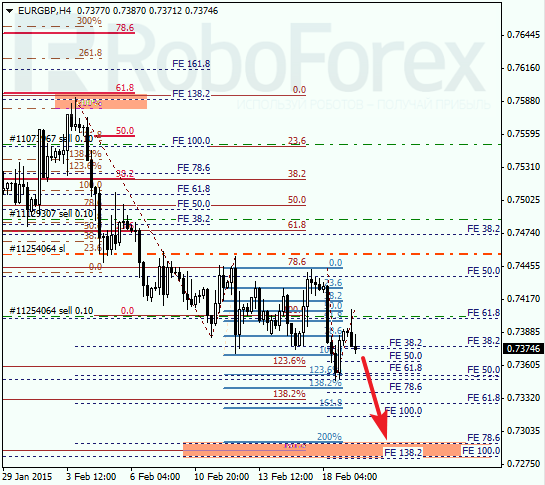 As we can see at the H1 chart, yesterday the price completed the current correction at retracement 61.8%. Later, the pair is expected to continue falling towards the predicted target area. I’ve already moved the stop losses on my sell orders close to the previous minimum. 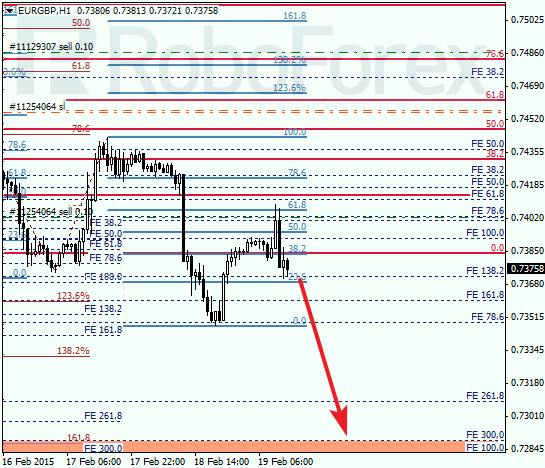