Eurodollar is still being corrected; the market rebounded from retracement 50%. Possibly, if the pair rebounds from the current levels, the price may resume falling in the nearest future. The target is still the group of lower fibo-levels. 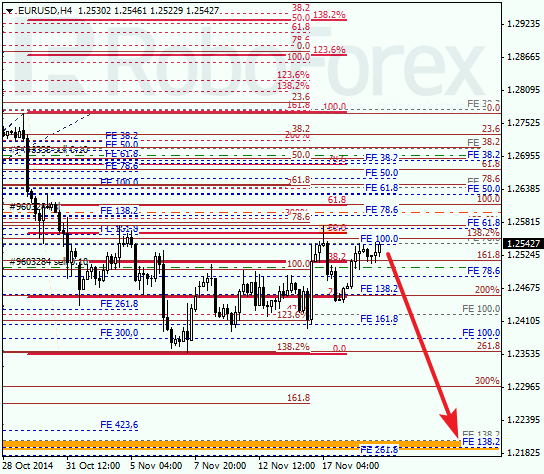 As we can see at the H1 chart, bears have been supported by several local retracements. Moreover, the market has rebounded from an intraday retracement 78.6%. In the near term, the pair is expected to continue falling towards the group of lower fibo-levels at 1.2180 – 1.2200. If later the price rebounds from them, the market may start a new correction. 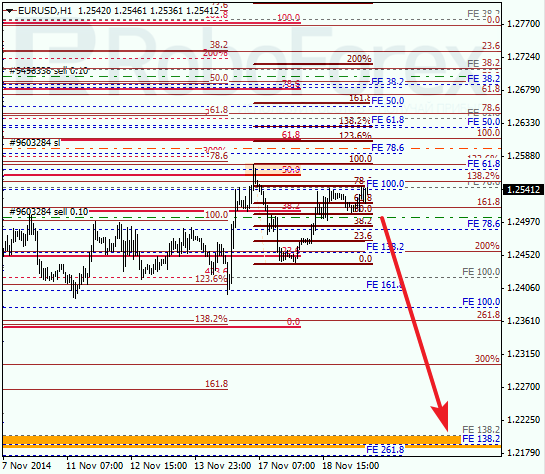 This Monday, Franc rebounded from retracement 61.8%, which means that the pair may start a new ascending movement. During a local correction, I’ve opened another buy order, which is now in a drawdown. The target is still the group of upper fibo-levels. 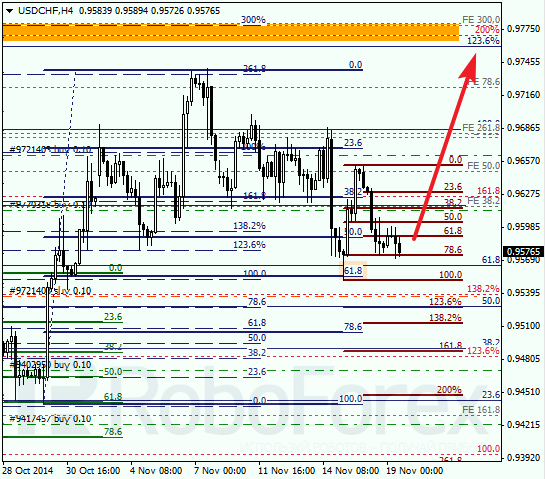 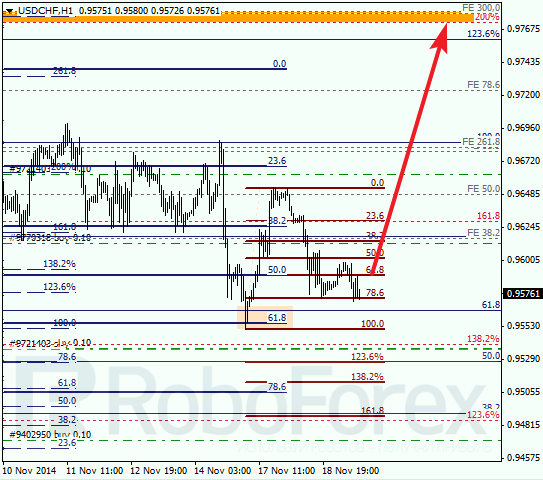