Eurodollar is still being corrected. Probably, in the near term the market may try to test the upper group of fibo-levels once again. If it rebounds from them, the downtrend will resume. 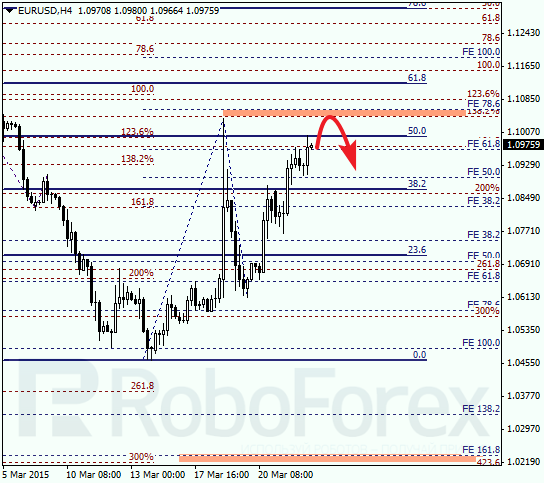 As we can see at the H1 chart, the target of the current correction is confirmed by local retracements. If the pair rebounds from this target area, I’m planning to open another sell order with the stop loss placed at the newly reached maximum. 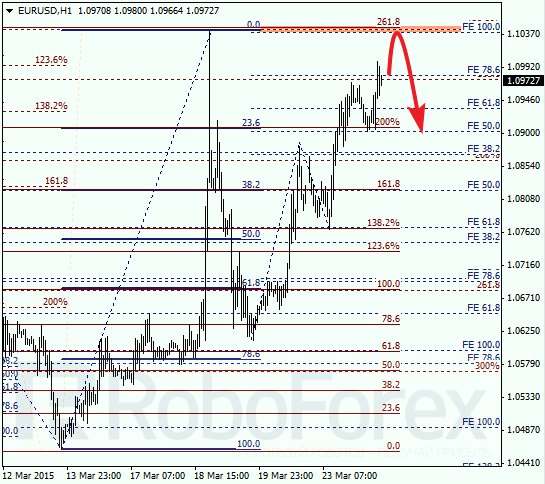 The pair continues its local ascending growth and has already broken retracement 50%. It looks like this ascending movement is going to continue up to retracement 61.8%. If later the market rebound from it, the main downtrend will resume. 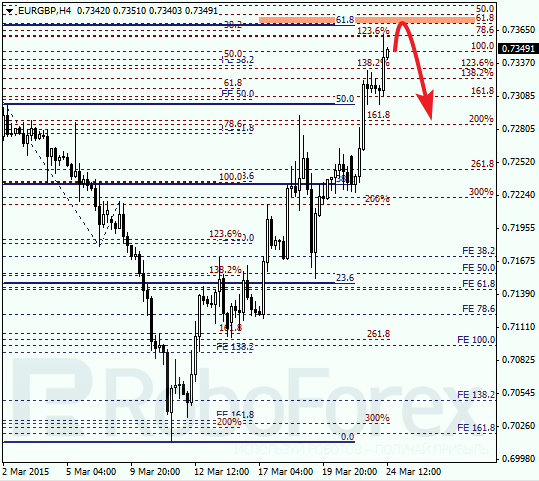 As we can see at the H1 chart, the upper predicted target area is confirmed by local retracement, which make this area even more important. Most likely, the price will reach this are in the nearest future. The current ascending movement may be considered as a correctional one, that’s why I’m staying out of the market. 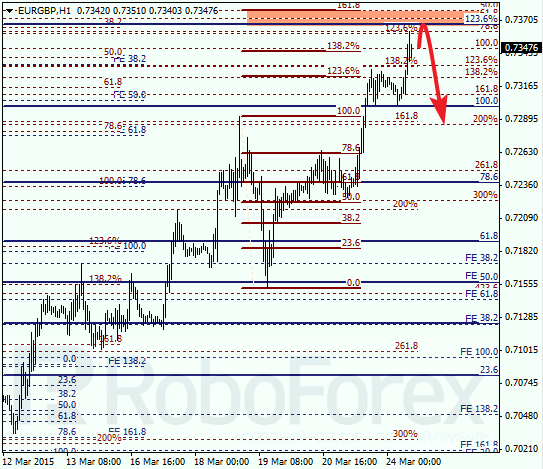