Eurodollar is still being corrected. The market has already tested retracement 50%, which is confirmed by several local retracements, three times. Probably, this fact indicates that the downtrend may resume. 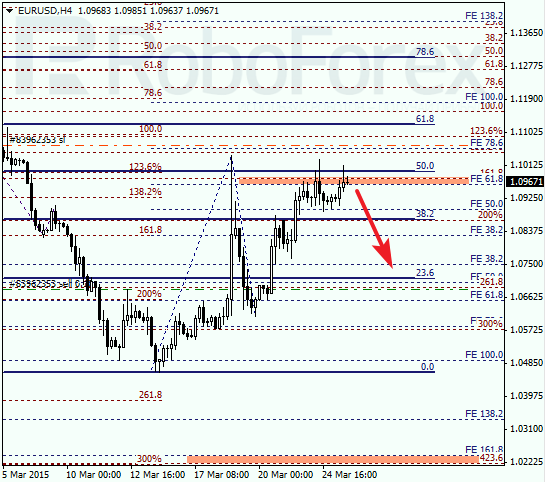 As we can see at the H1 chart, the target of the current correction is confirmed by local retracements. I’m planning to open another sell order as soon as the market starts moving downwards. In the future, I may increase my position. 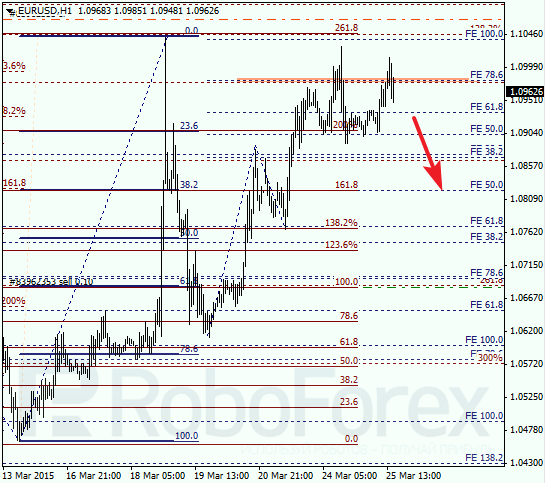 The pair continues its local ascending growth and has already reached a correctional retracement 61.8%. Most likely, the market may rebound from it. In this case, the main downtrend will resume. 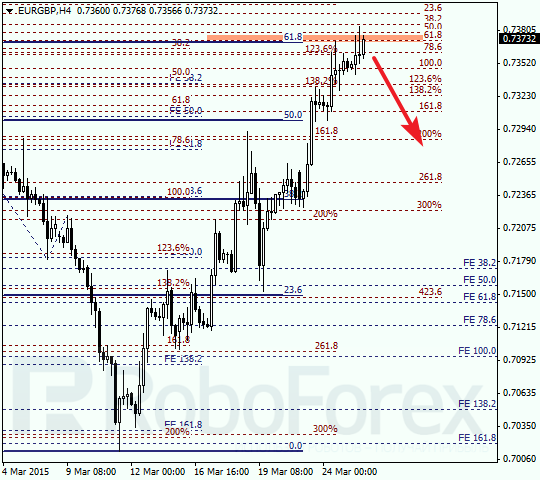 As we can see at the H1 chart, the upper predicted target area is confirmed by local retracement. Most likely, the price will rebound from this area and resume falling. The current ascending movement may be considered as a correctional one, that’s why I’m staying out of the market. 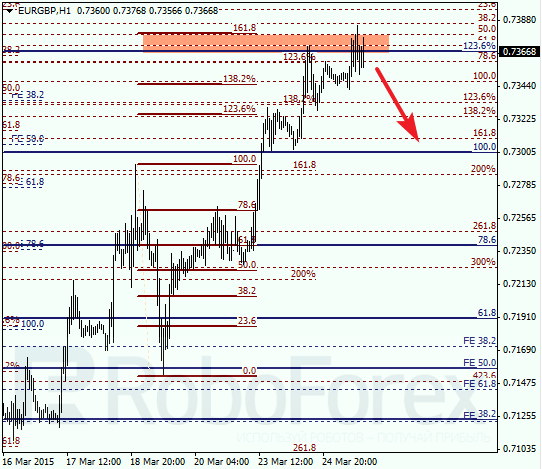