Euro has finally reached the group of lower fibo-levels and started a new correction from this area. Possibly, in the future the price may test retracement 38.2%: if the pair rebounds from it, the market may continue moving downwards. 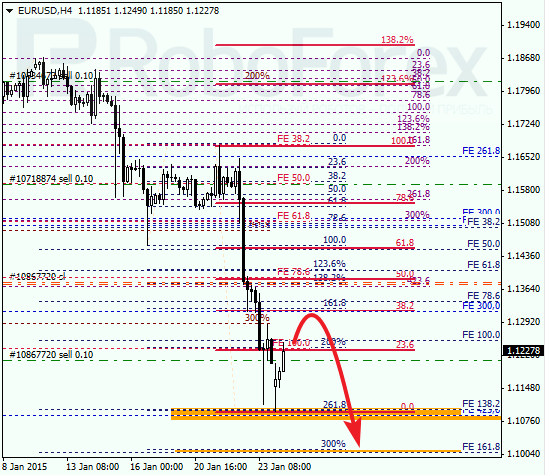 At the H1 chart, the predicted target of this correction is confirmed by local retracements. Probably, the market may continue being corrected during Monday. If later the pair rebounds from retracement 38.2%, I’m planning to increase my short position. 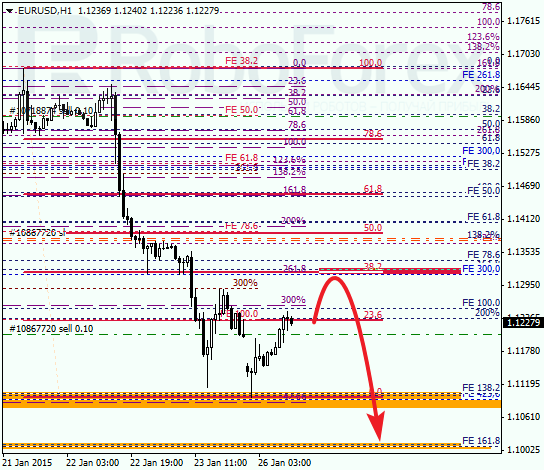 The market is moving downwards quite fast. I opened one more sell order during a local correction. The target is the group of lower fibo-levels at 0.7810. The stop loss on my previous order has already been moved into the black. 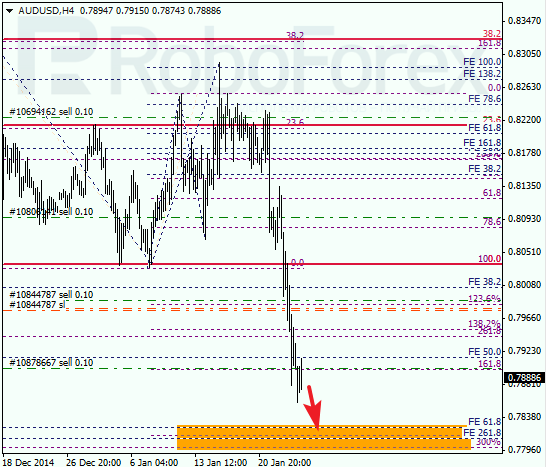 At the H1 chart, the predicted targets are confirmed by local retracements. In the nearest future, the pair may start a correction, but as soon as the market starts falling again, I’m planning to move the stop loss on my previous order to the level where it was opened. 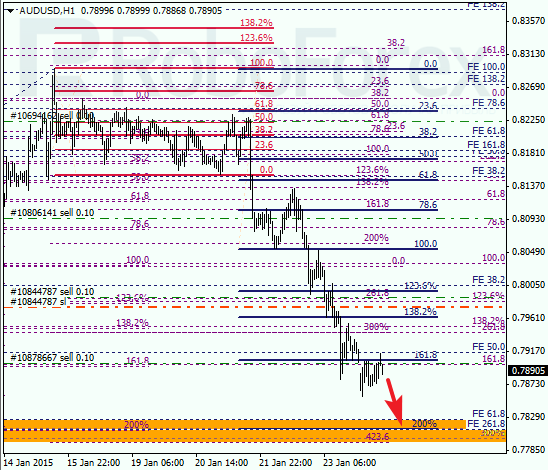