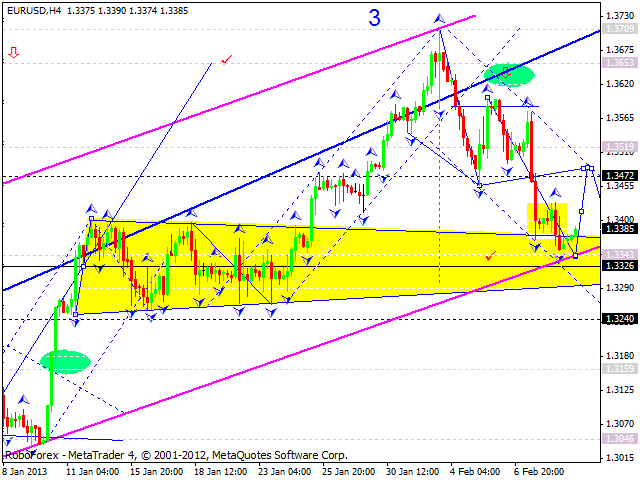 The GBP/USD currency pair formed diamond reversal pattern near its minimums. I think today the price may fall down towards the pattern’s lower border and reach the level of 1.5710. Later, in my opinion, the pair may start a new ascending structure to break the pattern’s top. The first target is at 1.6000. 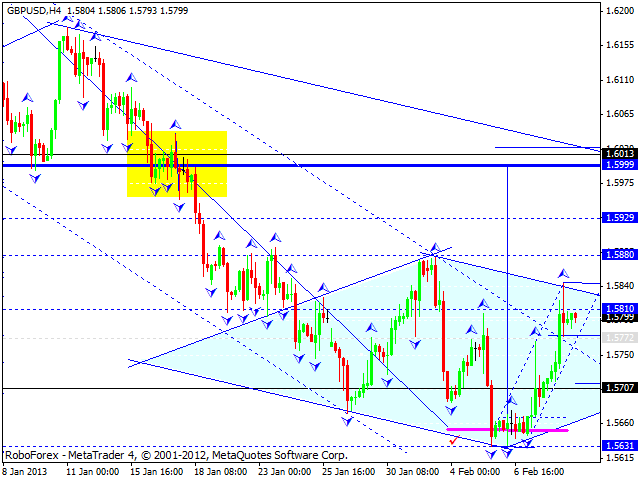 The USD/CHF formed the first five-wave ascending structure. I think today the price may be corrected towards the level of 0.9110 and then start moving upwards to reach the target at 0.9230. The target of this correctional wave is at the level of 0.9300. 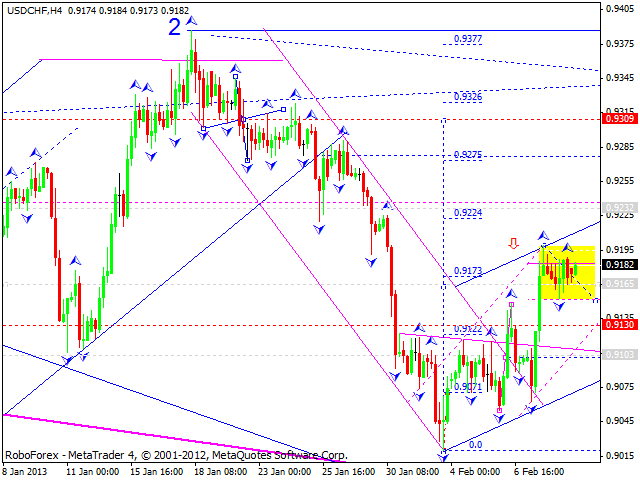 The USD/JPY currency pair continues a correctional movement. I think today the price may return to the level of 93.50 and continue this correction inside a narrowing triangular structure. The target is at 90.90. 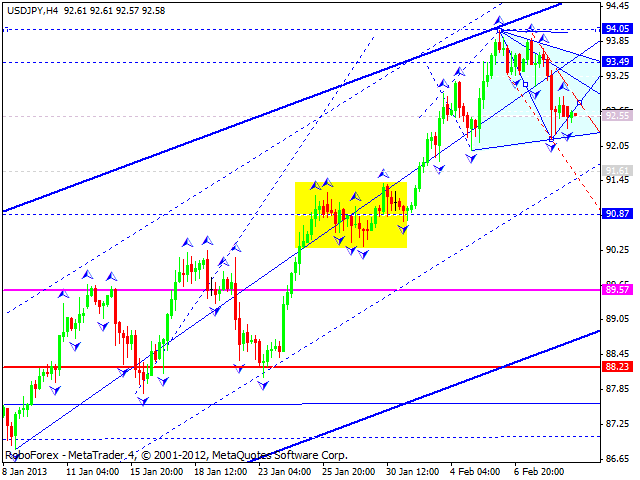 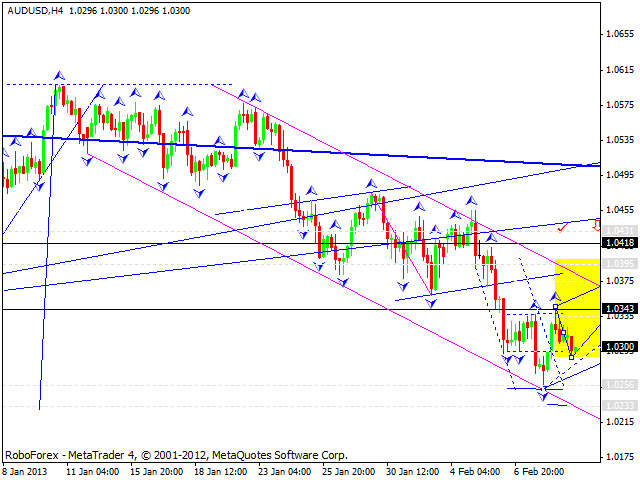 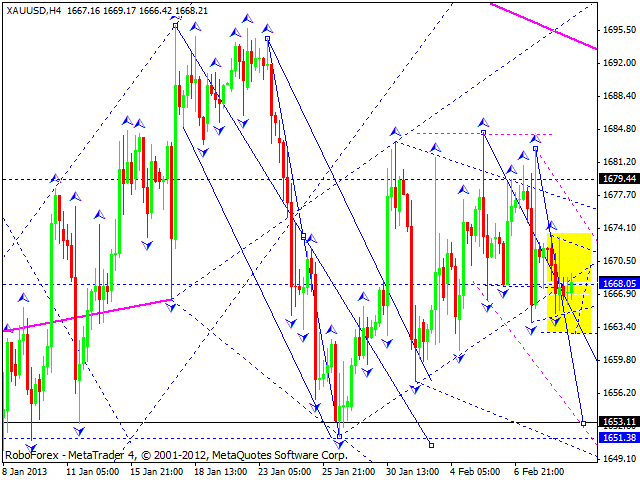