The EUR/USD currency pair completed a descending correction and reached its targets; at the current levels the price may start forming a pivot point for a reverse. I think today the pair may start reversing and break the previous descending wave; the first target is at 1.3190. Later, in my opinion, the price may start a new correction. The structure of this movement may help us to define possible future scenarios: the pair either continues growing up, or starts forming a new consolidation channel to break its minimums. 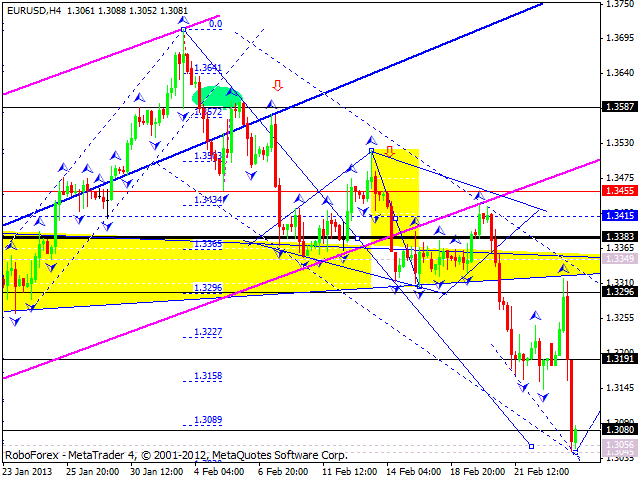 The GBP/USD currency pair is still moving near its minimums; the market has already formed the first ascending impulse and corrected it. I think today the price may form the second impulse and break the previous descending channel; the target is at 1.5270. Later, in my opinion, the pair may return to the level of 1.5170 and start forming head & shoulders reversal pattern with the target at 1.5500. 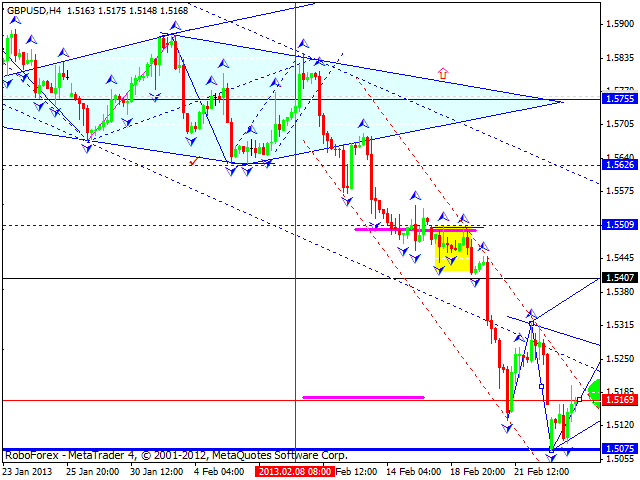 The USD/CHF currency pair renewed its maximums. I think today the price may reach the target at 0.9340 and then start forming a pivot point for a reverse. Later, in my opinion, the pair may break the previous ascending channel and continue falling down towards the level of 0.9180 to test it from above. 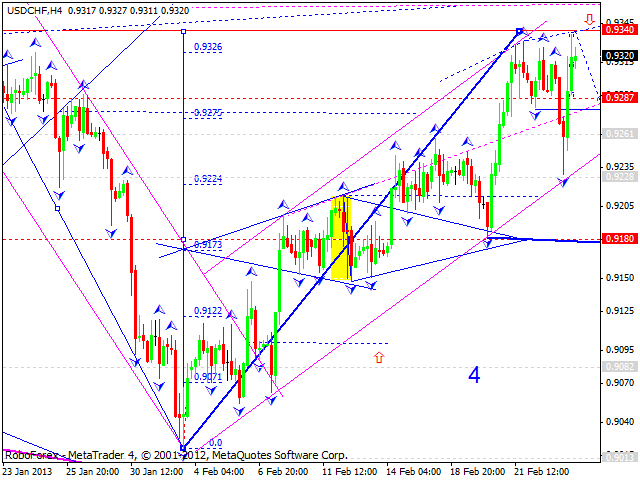 The USD/JPY currency pair completed a descending correction towards the level of 91. I think today the price may start a new ascending wave with the target at 95. Later, in my opinion, the pair may consolidate for a while near this level and then continue moving upwards to reach the next target at the level of 97. 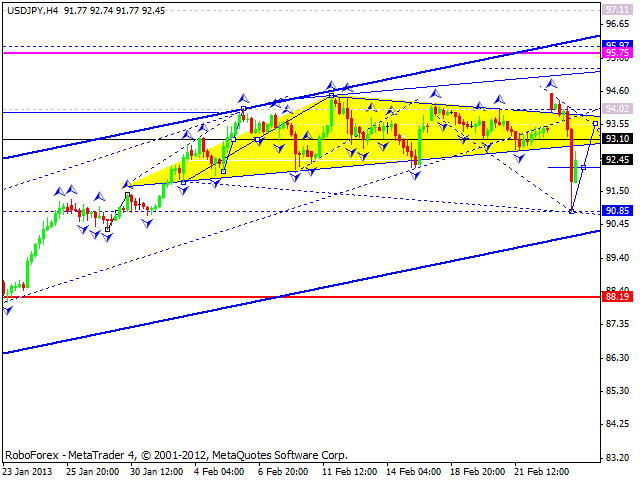 Australian Dollar is still falling down near the level of 1.0300; it’s the final part of the fifth wave. The target is at 1.0210. I think today the price may continue moving downwards inside this wave. The forecast of the price movement inside this structure is shown on the chart. 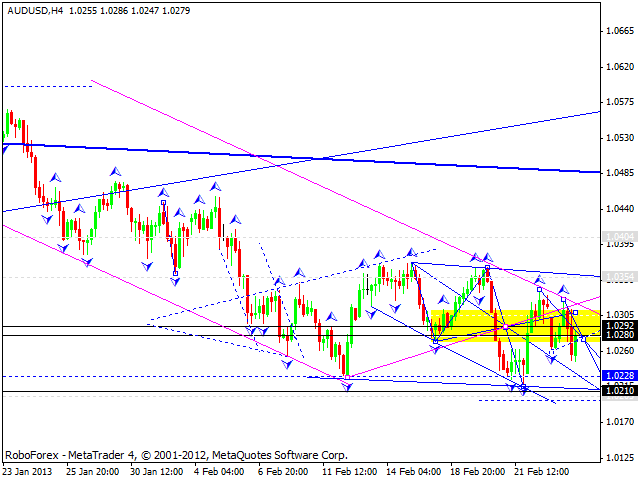 Gold continues forming another ascending structure. I think today the instrument may reach the target at 1600, form a correction towards the level of 1585, and then start a new ascending movement to break the target at 1610. After that, in my opinion, the price may start a correction towards the first ascending wave and then form head & shoulders reversal pattern to continue moving upwards and reach the level of 1660. 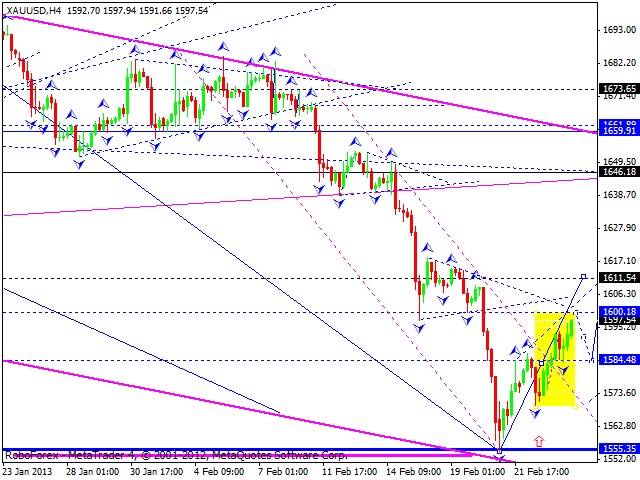