The EUR/USD currency pair is trying to form an ascending structure; the price has already formed the second impulse and right now is correcting it. I think today the market may reach the level of 1.300 and then start the third ascending impulse towards the target at 1.3070. Later, in my opinion, the pair may start a correction to form the right shoulder of head & shoulders reversal pattern. After the price breaks the neckline and the descending channel, the pair may start moving upwards to reach the first target at 1.3200. 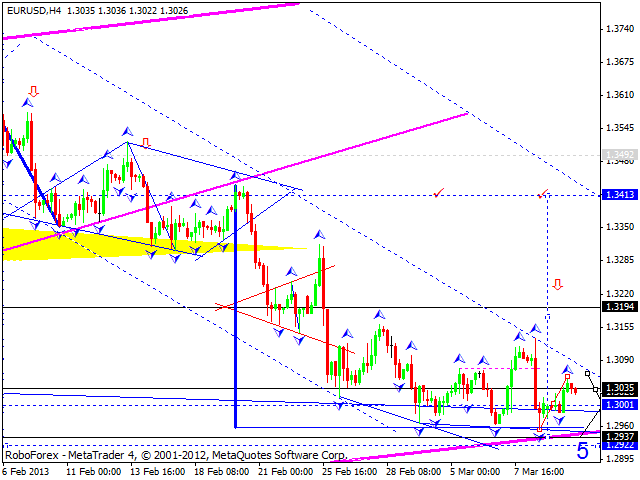 The GBP/USD currency pair reached a new minimum and then formed the first ascending structure, and currently is correcting it. The correction is expected to finish at the level of 1.4880, where the price may start forming the second ascending impulse to break the descending channel. The target is at the level of 1.5060. Later, in my opinion the pair may start forming a correction and the right shoulder of head & shoulders reversal pattern.

The USD/CHF currency pair completed only one descending impulse so far and right now is correcting it towards the level of 0.9525. After that, I think the price may form another descending impulse to break the ascending channel near the level of 0.9440 and then continue falling down to reach the target at 0.9390. Later, in my opinion, the pair may continue moving towards the level of 0.9330. Finally, after forming this five-wave structure, I expect the price to form head & shoulders pattern for a reverse upwards. 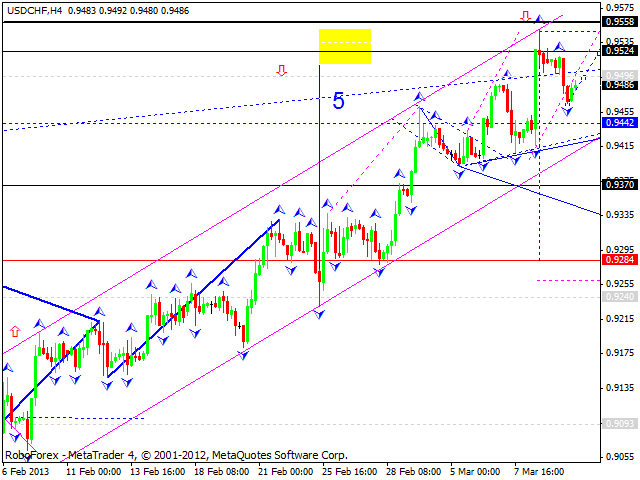 The USD/JPY currency pair reached a new maximum. I think today the price may continue growing up to reach the level 97, consolidate for a while, and then reach the target at 98. After reaching it, the pair may fall down to test the level of 95 and then start a new ascending movement towards the target at 100. 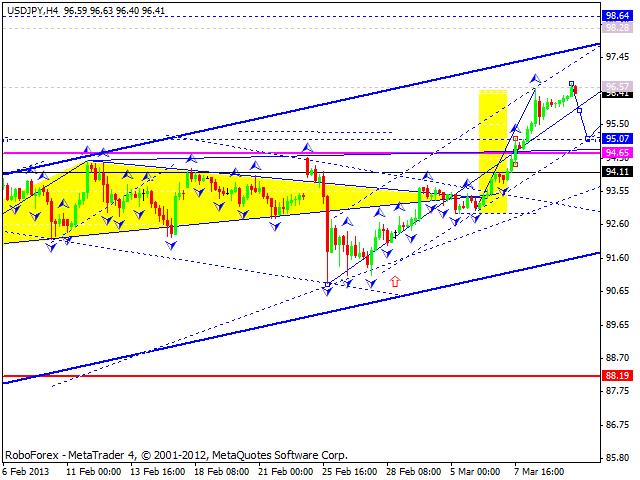 Gold is still moving near the upper border of its consolidation channel. I think today the instrument may continue moving upwards, reach the level of 1608, and then form another consolidation towards a local target at 1645. The main target of the ascending wave is at the level of 1660. 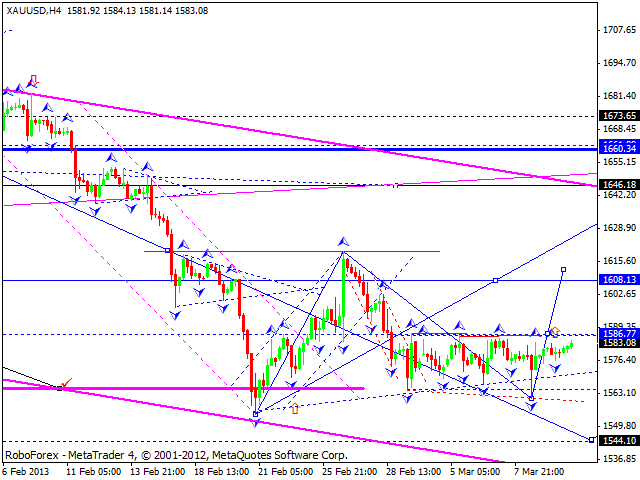