The EUR/USD currency pair has grown up and at the moment the correction is taking place. One can consider selling Euro with the tight stop during the test of local maximums. At the daily chart of the pair the price is forming “head & shoulders” reversal pattern, a classic one: the trend’s ascending line is broken, the right shoulder is a bit lower that the left one, the neckline is directed towards the previous trend. The pattern is still being formed, it may be completed only after the price breaks the level of 1.30.

It should be noted that the similar pattern is being formed at the H4 chart of the GBP/USD currency pair, and the same, but “upside down” pattern, at the daily chart of the USD/CHF one. Taking into consideration all the above-mentioned, we should expect the American currency to grow up. The closes target of Euro’s fall is the level of 1.30. If the price breaks this level, the pair will continue falling down into the area of 1.2485. If the price grows higher than 1.3440, the formation of the reversal pattern will be cancelled. 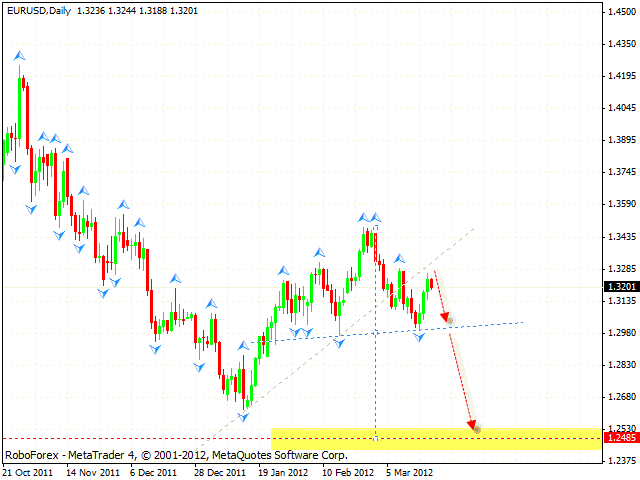 Pound has grown up a bit. At the daily chart of the pair we can see two very strong signals to start selling the pair. The first signal is the formation of the reversal pattern, the second one is the test of the trend’s descending line at the RSI. The target of the pattern is the area of 1.5240. At the H4 chart of the pair one can consider selling the pair after the price breaks the trend’s ascending line at the RSI. The closest target of the fall is the area of 1.5660. If Pound grows higher than 1.60, this case scenario will be cancelled. 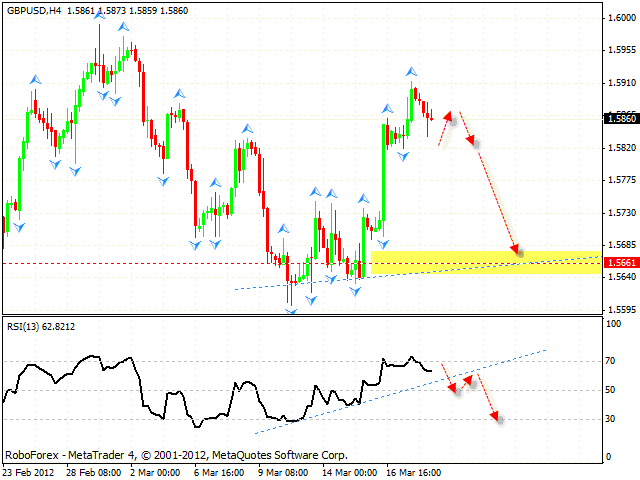 Franc continues moving downwards, the price hasn’t grown up from the defined levels as we expected. Currently we have an “upside down” reversal pattern forming with the target in the area of 0.9690. The price is forming the right shoulder, the area where one can consider buying the pair aggressively. The test of the ascending channel’s lower border is an additional signal to buy the pair. We recommend you to increase the amount of long positions only after the price breaks the level of 0.9340. If Franc falls lower than 0.8930, the formation of the pattern will be cancelled. 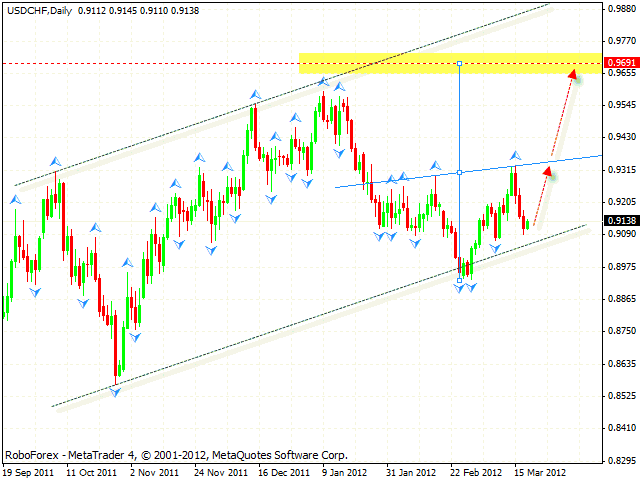 Australian Dollar turned out to be the only pair in this review which has fallen quite significantly. Currently the price is forming a descending pattern at shorter time frames, one can consider selling the pair from the level of 1.0525. The target of the fall is the area of 1.0420. We recommend you to increase the amount of short positions only after the price breaks the level of 1.0470. 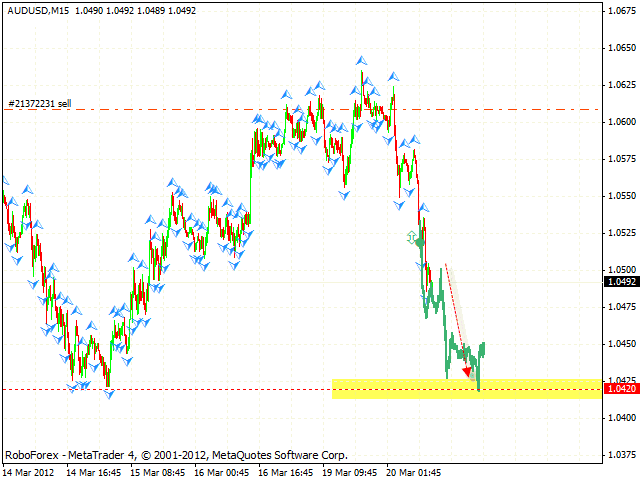