The EUR/USD currency pair completed another ascending wave. We think today the price may continue moving downwards to reach a new minimum at the level of 1.2820 and then start growing up towards the target at 1.3190. An alternative scenario suggests that the pair may continue moving upwards and form head & shoulders pattern with the target at 1.3130. Later, in our opinion, the price may start a rapid descending movement and reach a new minimum. 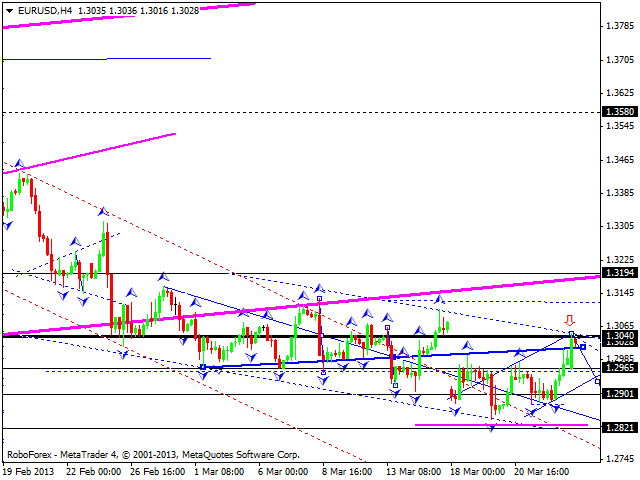 The GBP/USD currency pair is forming the central part of the continuation pattern inside the third wave. We think today the price may fall down towards the level of 1.5160 and then start a new ascending movement to reach a local target at 1.5160 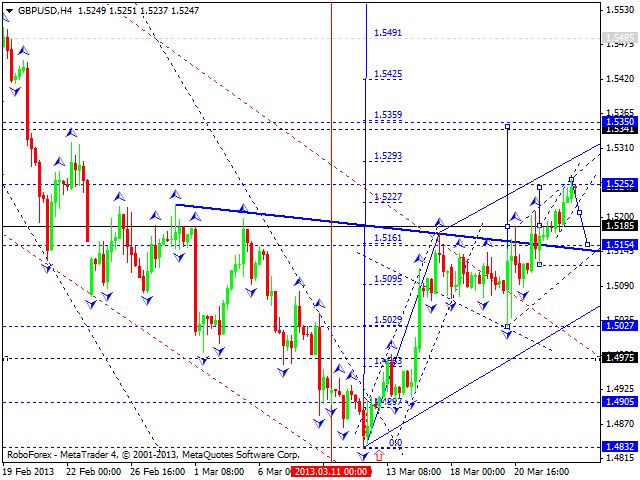 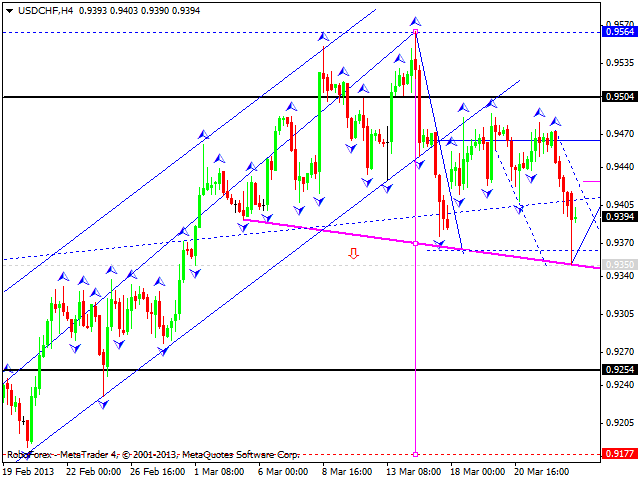 The USD/JPY currency pair completed the first descending wave, which consists of five smaller waves. This wave may be considered as a correction towards the previous ascending one. We think today the price may start a new ascending structure towards its first target at the level of 96. Later, in our opinion, the price may complete a correction and start forming a new ascending structure to reach new maximums. 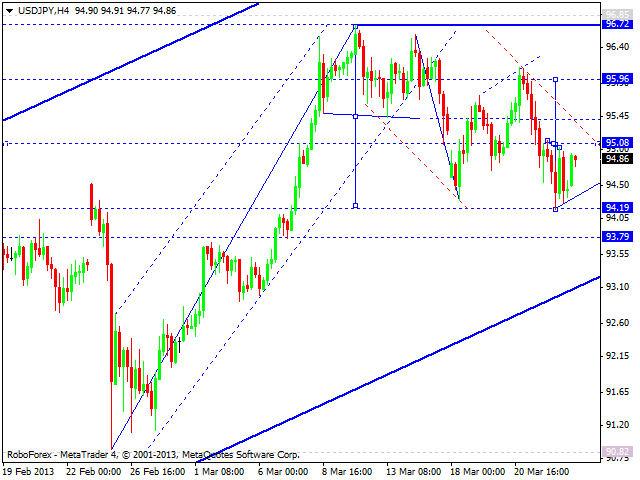 Australian Dollar is still forming an ascending wave. We think today the price may reach the target at 1.0465, start a correction towards the level of 1.0410, and then form one more ascending structure to reach the level of 1.0480. This may be the end of this wave. Later, in our opinion, the pair may start forming a reversal pattern to continue moving downwards. 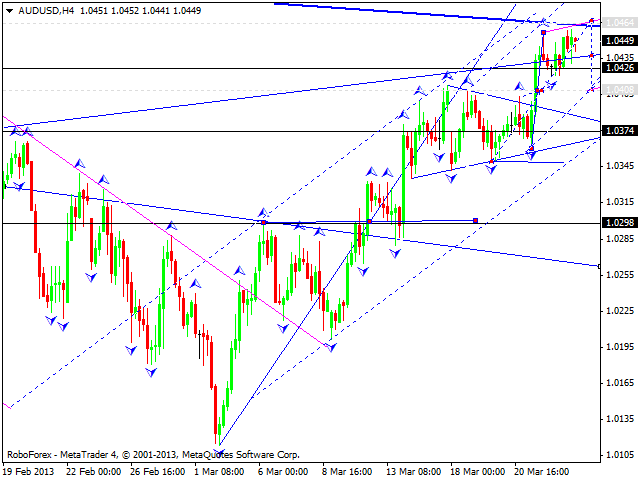 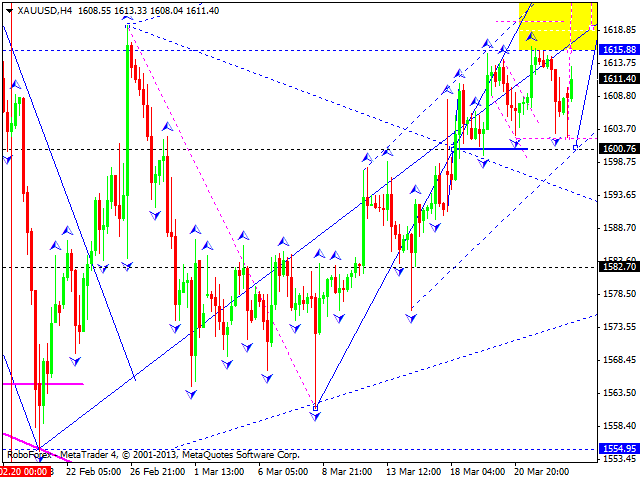