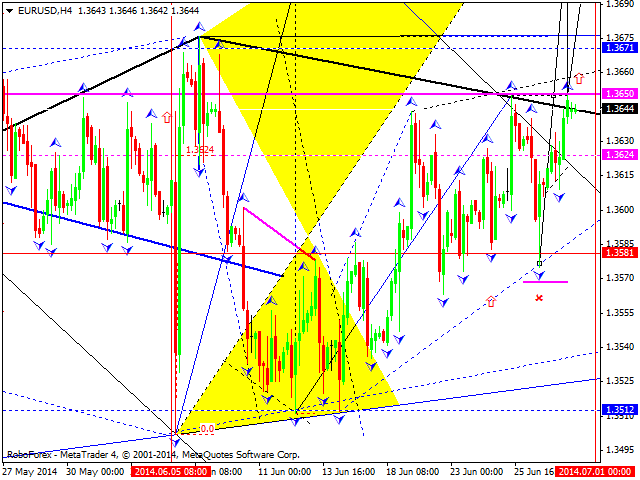 After making another ascending movement, Pound started consolidating and formed triangle pattern. We think, today price may break this pattern upwards to reach level of 1.7115 and then fall down towards level of 1.7000. We should note that right now pair is moving inside strong ascending wave and any correctional structures may be considered as a good opportunity to increase long positions. 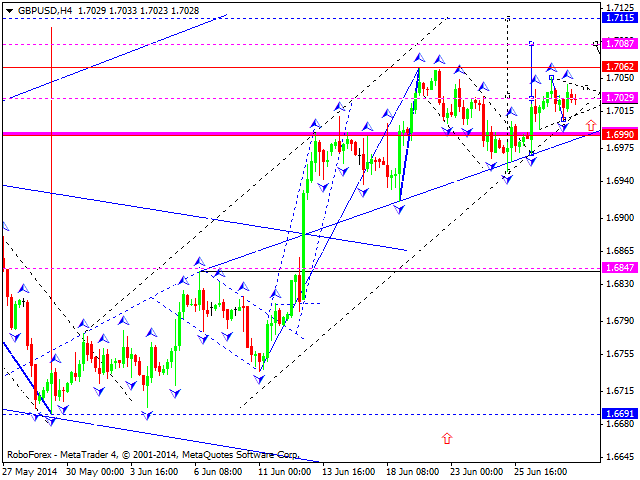 Franc is still moving close to minimums of its descending structure. We think, today price may break level of 0.8900 and then consolidate around it. Pair is forming another descending wave with predicted target at level of 0.8780. 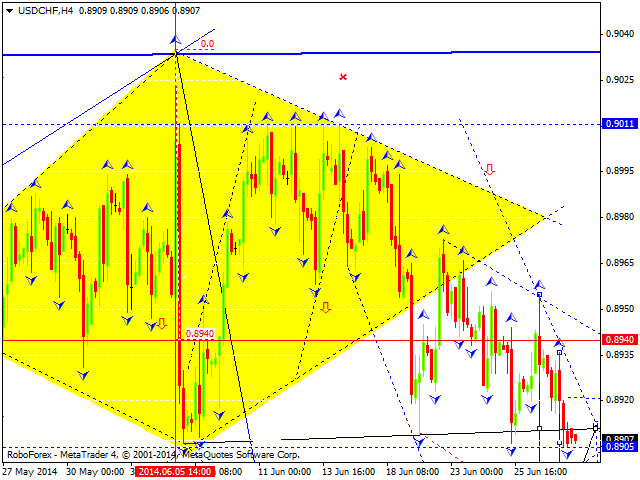 Yen is still moving downwards and forming the third wave. We think, today price may reach level of 101.00 and then return to level of 101.70 top test it. Later, in our opinion, instrument may continue falling down towards level of 100.50. Local target of the third wave is at level of 99.30. 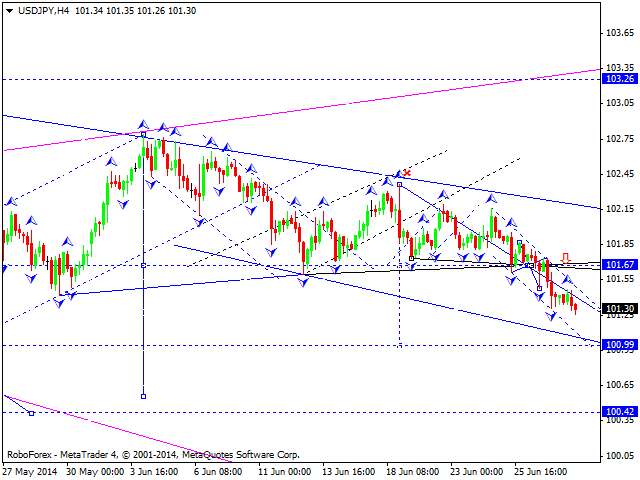 Australian Dollar continues forming the third ascending wave towards level of 0.9465. After reaching it, price may start the fourth wave of this correction with target at level of 0.9270 and then form the fifth wave to reach level of 0.9485. 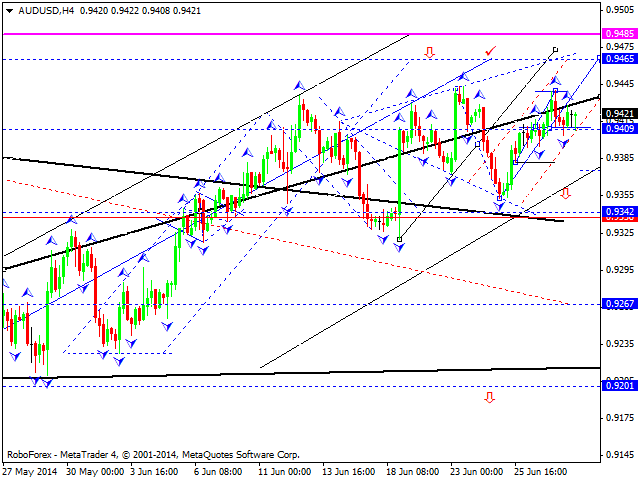 Ruble is consolidating near its lows; this movement may be considered as reversal structure to start the fourth wave with target at level of 35.00. Later, in our opinion, instrument may start forming the fifth wave of this descending structure; main target is at level of 33.20. 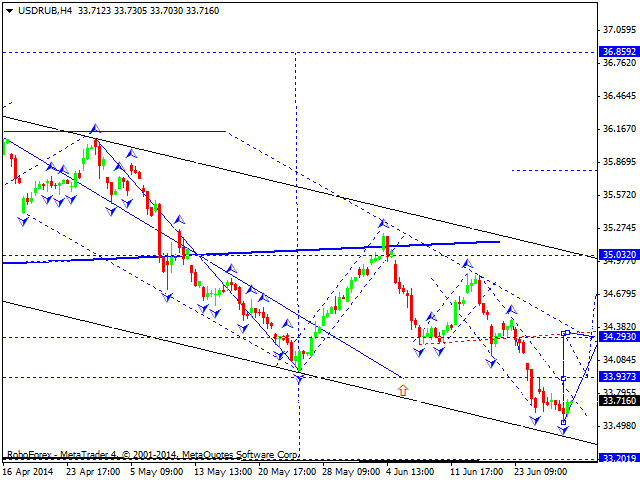 Gold is still moving inside triangle pattern at the top of ascending wave; this movement may be considered as reversal structure. According to main scenario, price may form another descending wave to reach level of 1208. 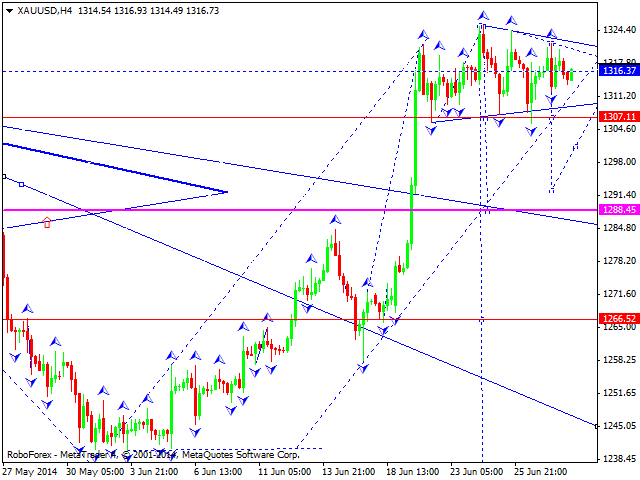