We expected the EUR/USD currency pair to grow, but it fell down even lower instead. However, there is still some potential for the price to continue growing. At the daily chart of the pair we have “failure swing” reversal pattern forming at the RSI. If the price breaks the resistance level at the RSI, we should expect the test of the area of 1.3880. After the price breaks the trend’s descending line at the RSI, one can consider buying Euro with the target in the area of 1.4250. But if the RSI indicator falls lower than 30, this case scenario will be cancelled. 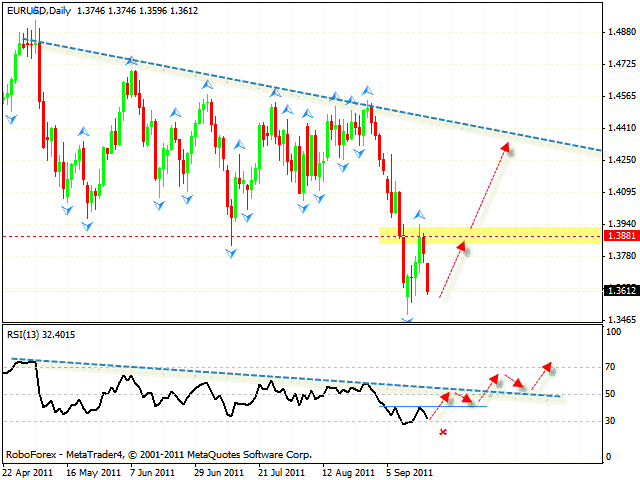 In case of Canadian Dollar we can see that the descending pattern is still being formed, but with slight changes. The closest target of the fall is the area of 0.9704. Right now the price is testing the descending channel’s upper border, one can try to sell the pair with the tight stop. But if the price breaks the level of 0.9950, this case scenario will be cancelled. 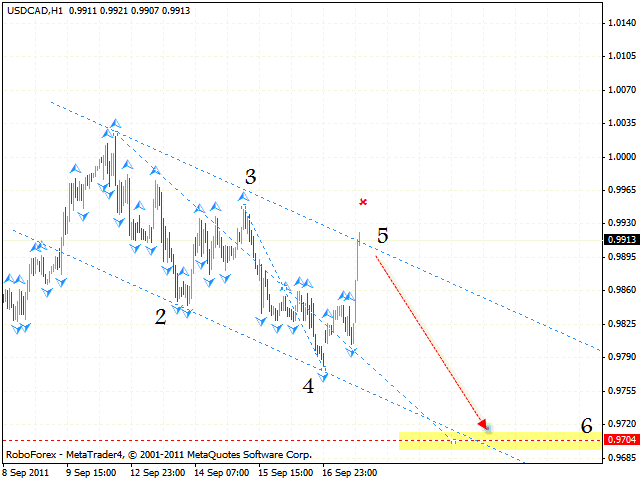 The EUR/JPY currency pair is moving inside the descending channel, the closest target of the fall is the channel’s lower border at the level of 102.98. This level is expected to be a starting point of the price movement to the area of 106.50, where the 5th point of reference is formed. One can try to sell the pair near the channel’s upper border and expect the final falling wave. 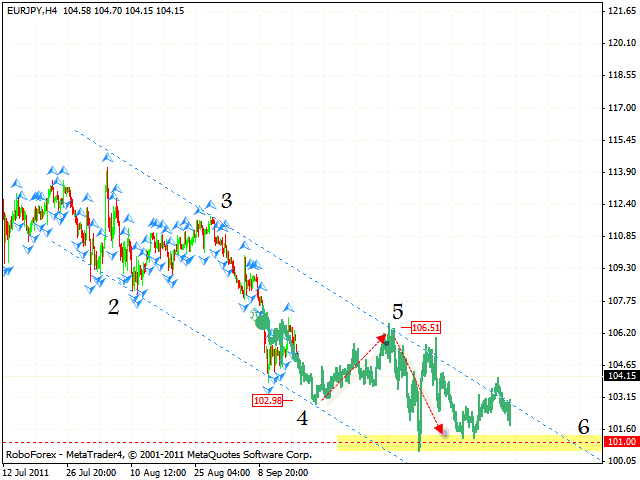 At the H4 chart of Gold we can see the formation of the descending pattern with the target in the area of 1713. At the moment the instrument is testing the trend’s descending line, we should expect the price to start moving downwards. One can try to sell Gold with the tight stop above 1810. But if the price grows higher than 1820, this case scenario will be cancelled. 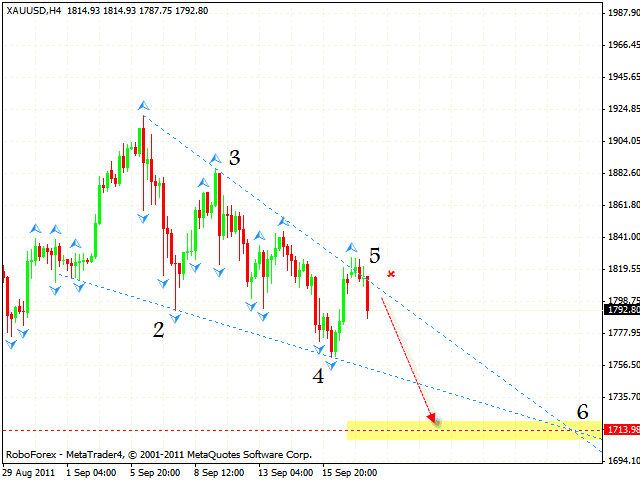