Euro is forming the second descending impulse. We think, today the price may break an ascending channel. This movement may be considered as a correction; a local target is at the level of 1.3450. Later, in our opinion, the pair may return to the level where the ascending channel is broken and then complete this correction by forming another impulse towards the target at 1.3420. 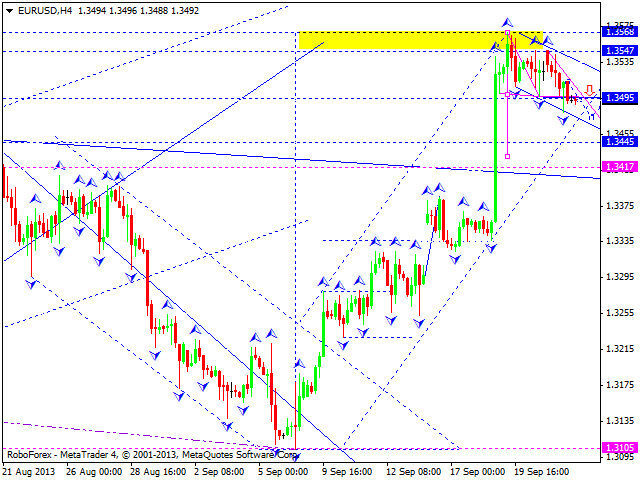 Pound has formed only three structures of an ascending correction. We think, today the price may form one more ascending impulse to reach the level of 1.6077 and then start a new descending movement. The target is at 1.5890. 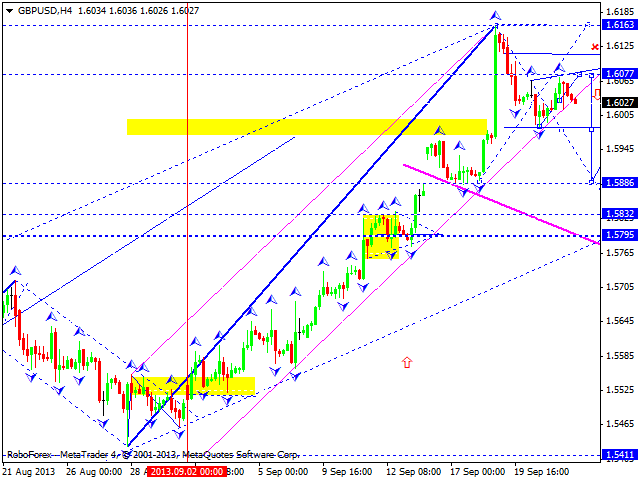 Franc is still consolidating near its minimums; the market wasn’t able to form an ascending structure. We think, today the price may reach a new minimum again and then break the upper border of this consolidation channel. 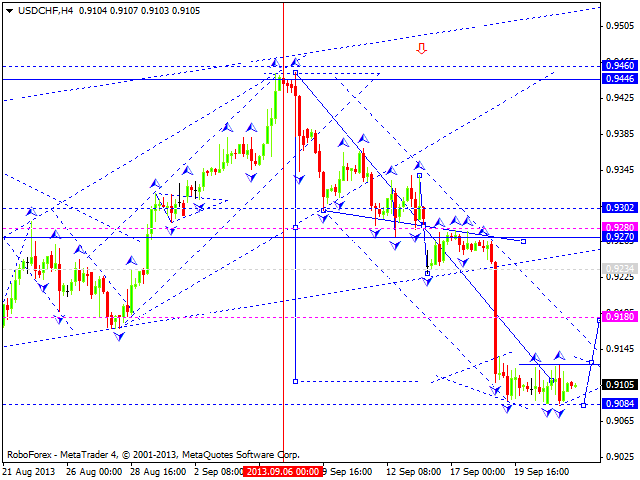 The USD/JPY currency pair completed its correction. We think, today the price may form another ascending structure to reach the target at 100.40 and then fall down towards the level of 99.50. 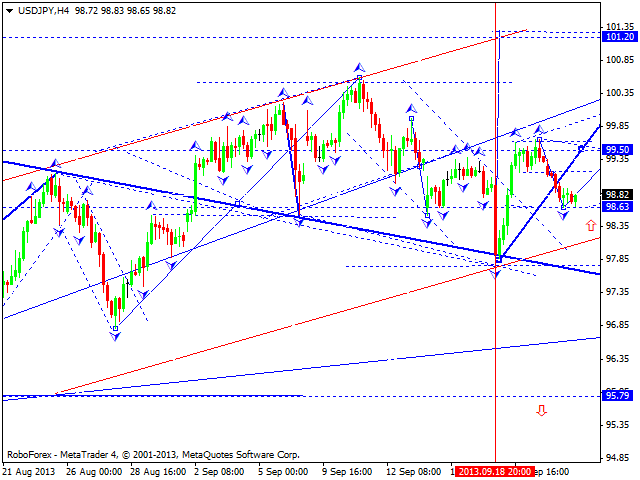 Australian Dollar corrected its first descending impulse. We think, today the price may for the second one with the target at 0.9310. Later, in our opinion, the pair may return to the level of 0.9390 and then start forming another descending impulse. 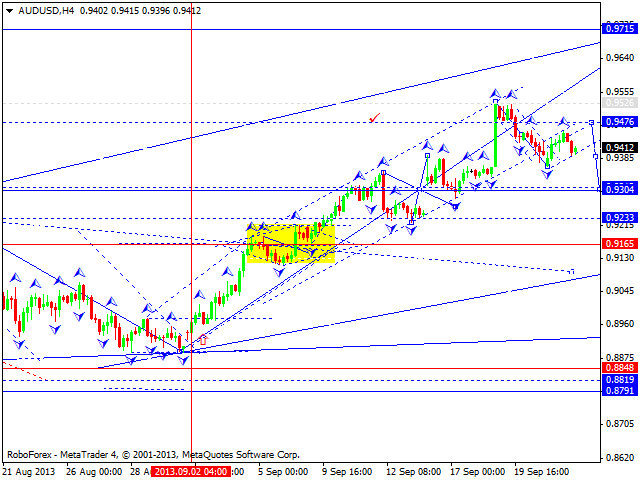 Gold formed a consolidation triangle. We think, today the price may start another descending movement to reach a new minimum of his structure. Later, in our opinion, the instrument may start growing up to reach the target at 1390. 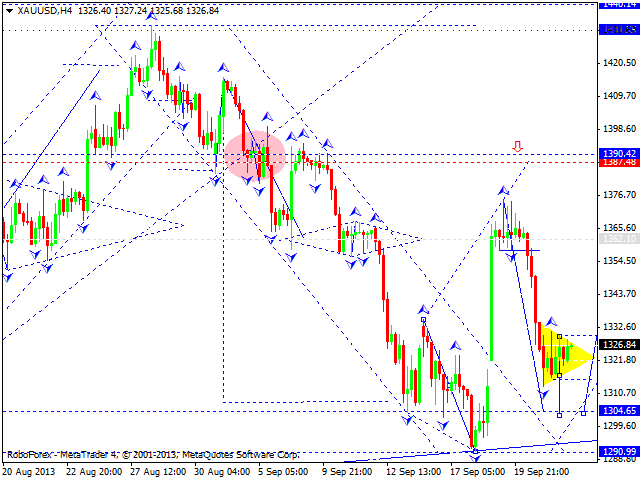