The price is consolidating, trading above 1.1262. Another step down to this level is not impossible; however, growth up to 1.1286 may follow. Then the instrument might resume declining with the first goal at 1.1180. 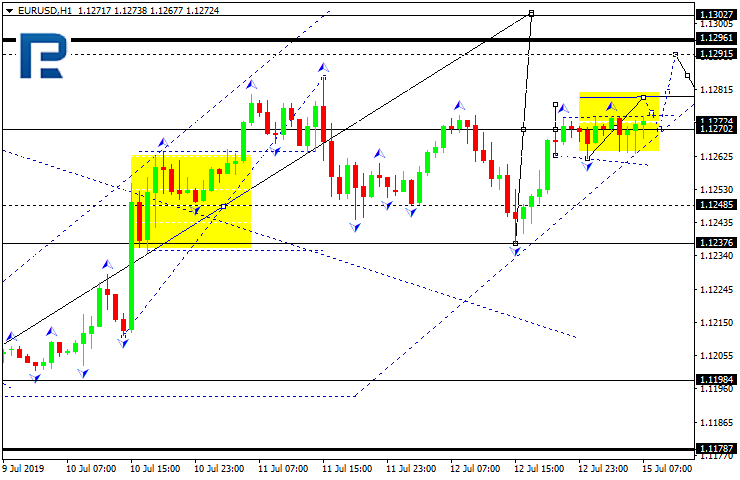 The instrument has reached the main goal of correction. Today we are considering possible development on consolidation maximums. If the price goes down, we might be speaking about the fifth descending wave heading at 1.2400 with the first goal at 1.2500. 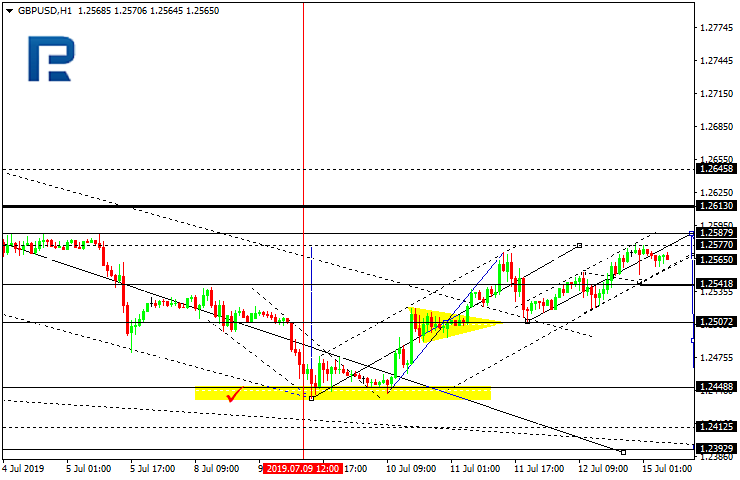 The instrument has reached the aim of the descending trend, which might be regarded as a correction. Today we are talking about the development on the consolidation minimums. If the price goes up, we might consider a new ascending trend heading for 1.0000 with the first aim at 0.9915. 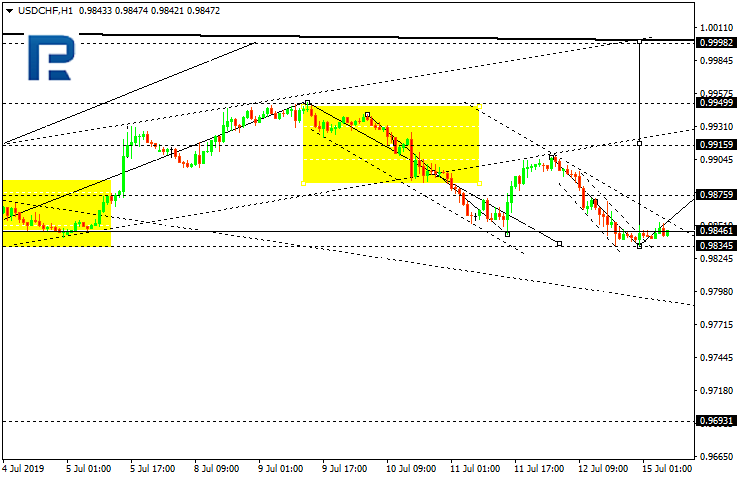 The instrument has completed the first wave of declining. Today the market is growing towards 108.40. After that further decline to 107.00 might follow. 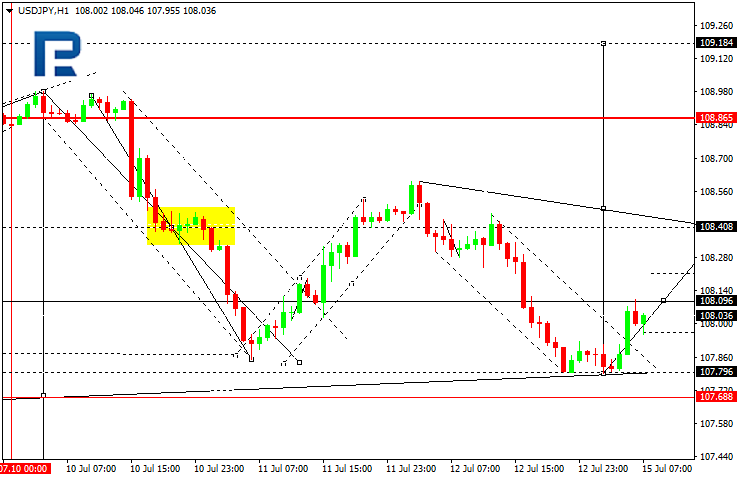 The instrument is trading in the consolidation area, on the peak of growth. However, there might follow decline and a breakthrough of 0.7000 with the first goal at 0.6970. Then the price might return to 0.7000, testing it from below, and then move back down to 0.6900. 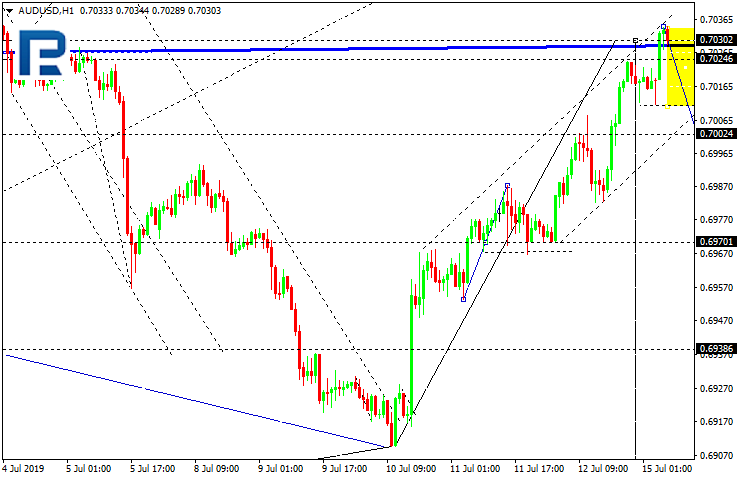 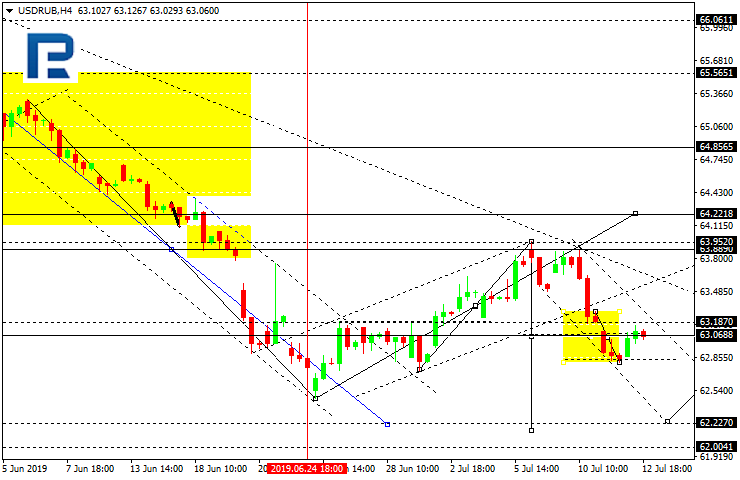 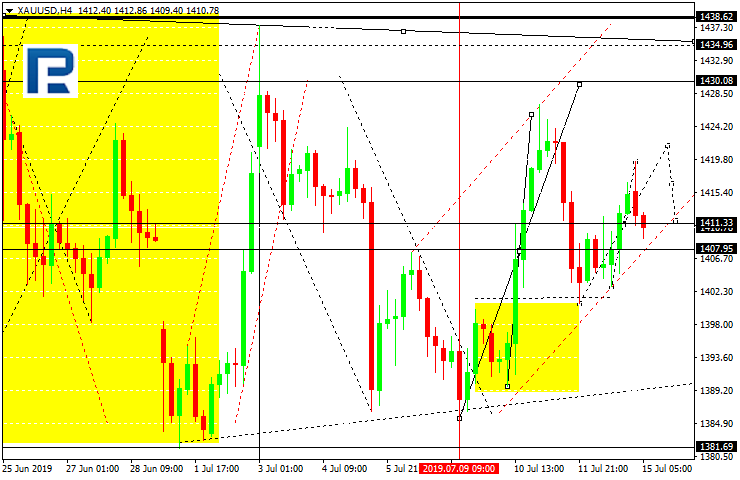 Oil is consolidating, trading at the top of the matrix. A breakthrough of 66.66 top down might follow, with the first goal at 65.85. This decline may be considered the beginning of a correction to the previous matrix of the ascending trend. 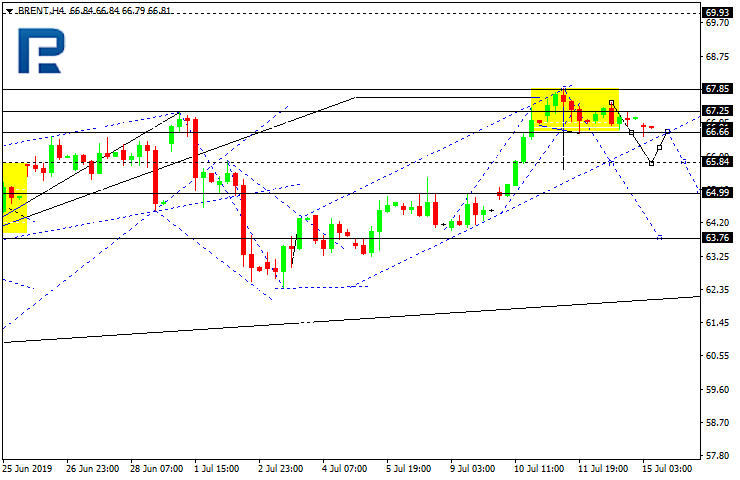