Eurodollar continues falling inside the downtrend. After reaching a new low, the pair is forming a consolidation channel. We think, today the price may move downwards to reach level of 1.1550 and then grow towards level of 1.1650. Later, in our opinion, the market may resume falling. The next target is at level of 1.1430. 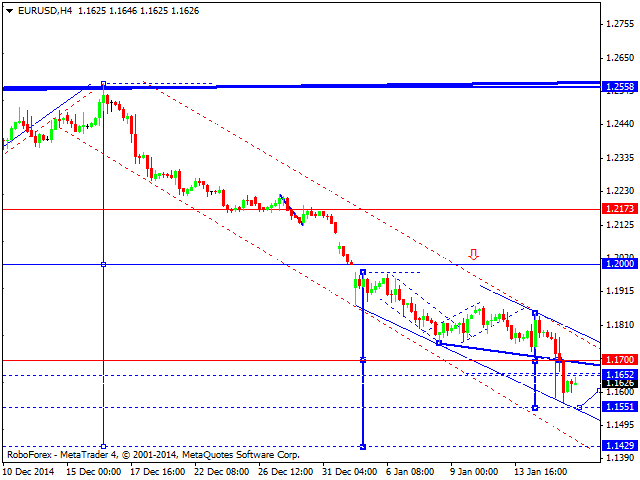 Pound has reached the minimum of its correction. We think, today the price may grow inside the fifth wave towards level of 1.5300. This ascending movement may be considered as a correctional one. The whole structure may complete as a three-wave and after that the pair resume falling inside the downtrend. 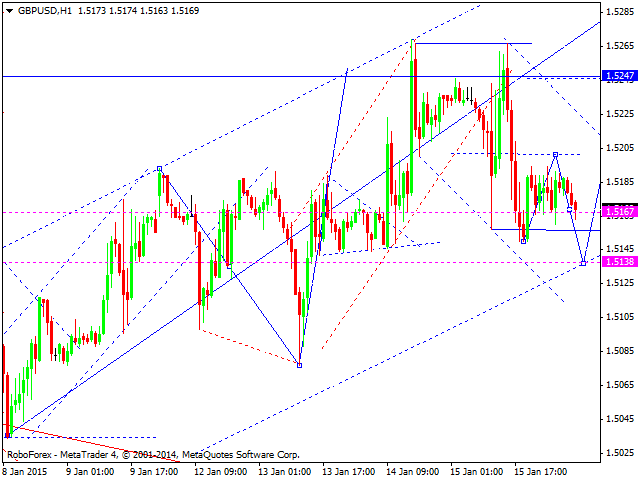 After the decision made by the Swiss National Bank, Franc has strengthened against the US dollar by 30% in a matter of seconds. Such shocking scenario implies that the price may continue falling to reach level of 0.7150. 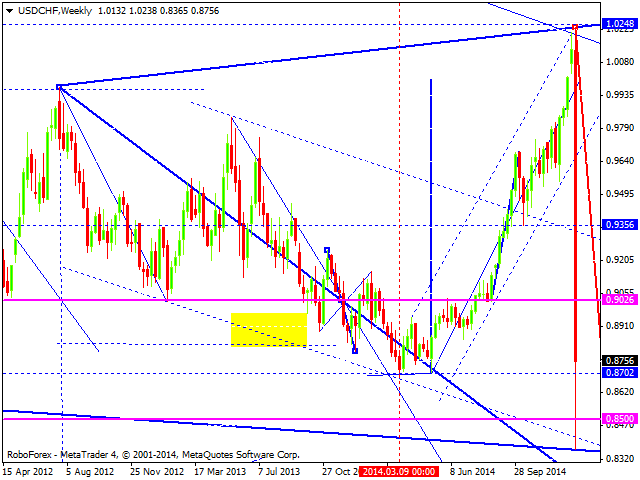 Yen, being under pressure, is still falling. We think, today the price may reach level of 115.56. After that, the price may consolidate and form a downside continuation pattern as the third wave. The predicted target of this descending movement is at level of 109.35. 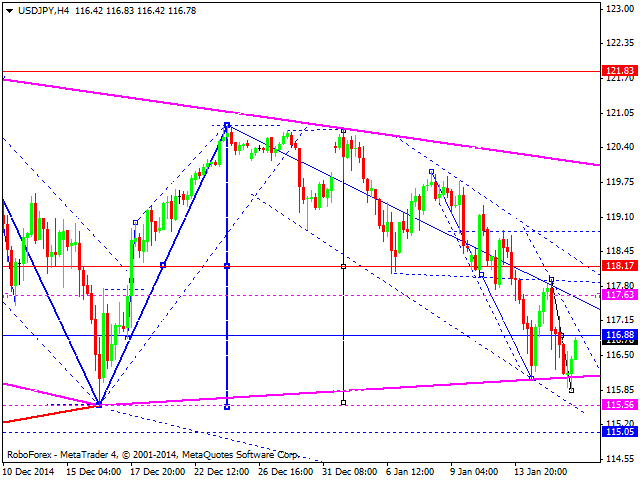 Australian Dollar continues consolidating. The market has formed another ascending wave, which may be considered only as a correctional one, and may complete this consolidation as a three-wave and resume moving inside the downtrend. We should note that according to alternative scenario the price may form the fifth ascending structure as a correctional wave with the target at level of 0.8330. After that, the market may continue falling. The local target of this wave is at level of 0.7575. 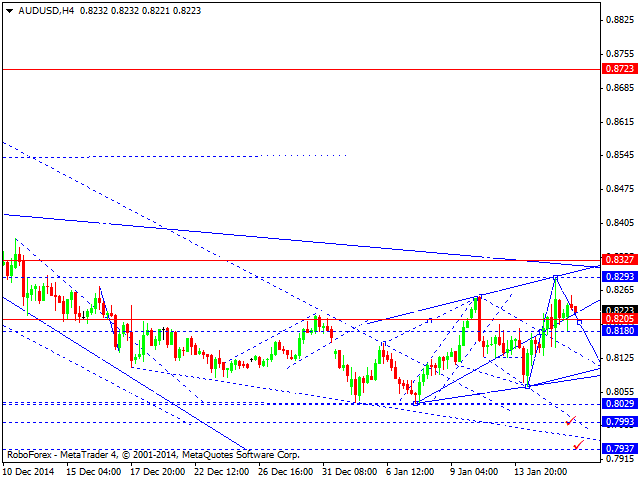 Ruble continues consolidating. We think, today the price may form another descending structure towards level of 55.00. Later, in our opinion, the market may consolidate and continue falling to reach level of 44.00. 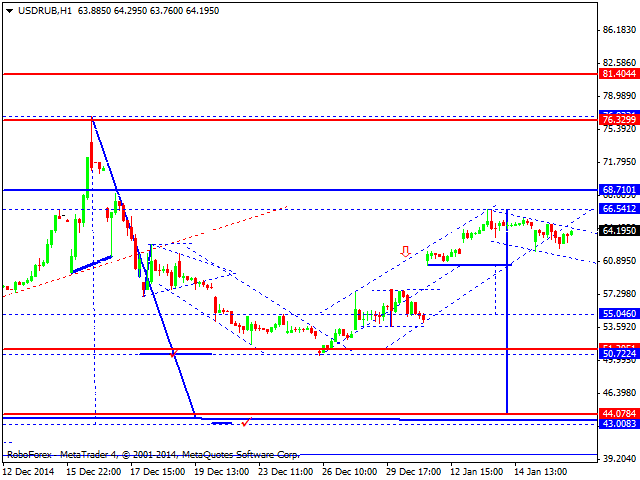 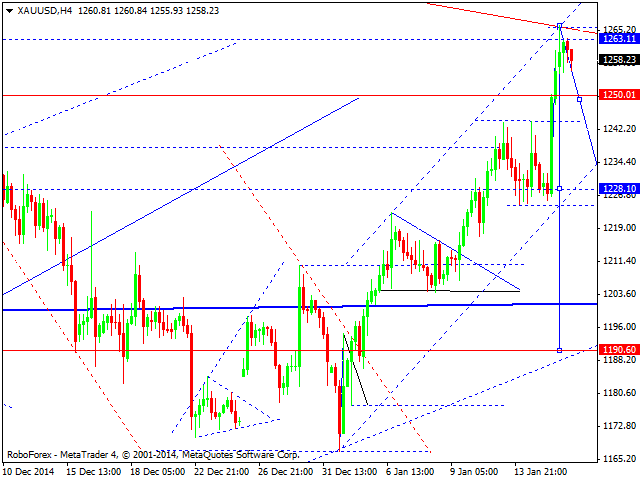