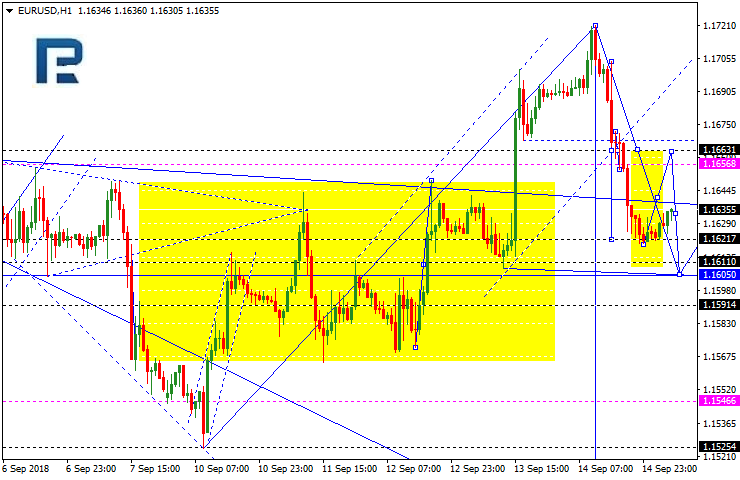 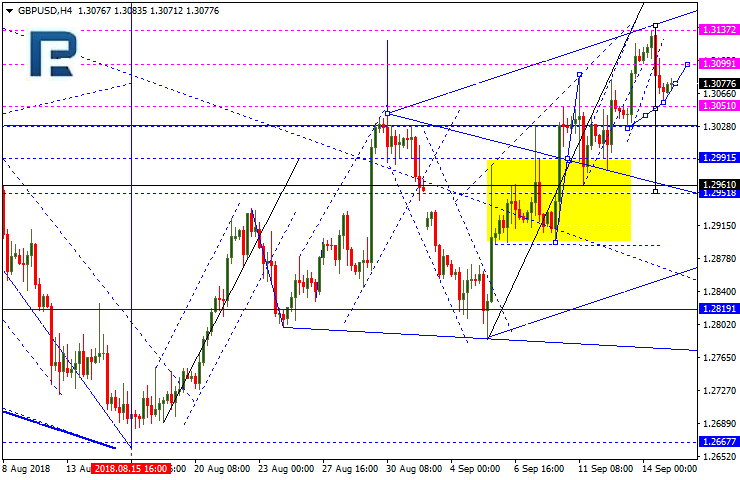 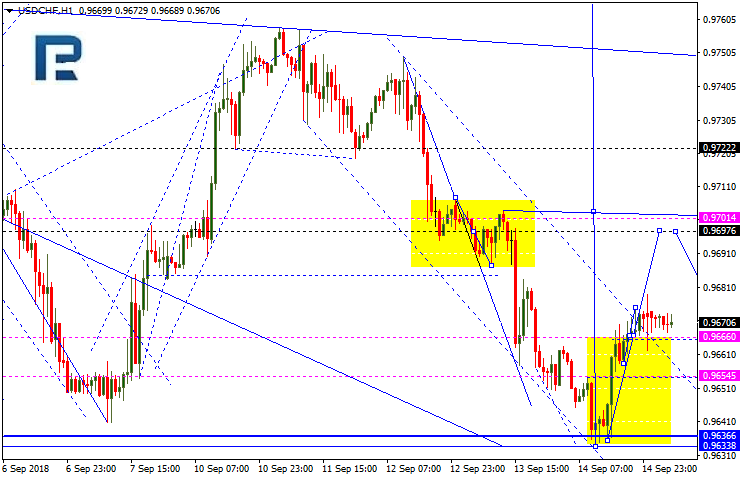 The USDJPY is consolidating after going up. Today, the pair may break out the lower boundary to reach 111.11, but then is likely to correct to 111.61. 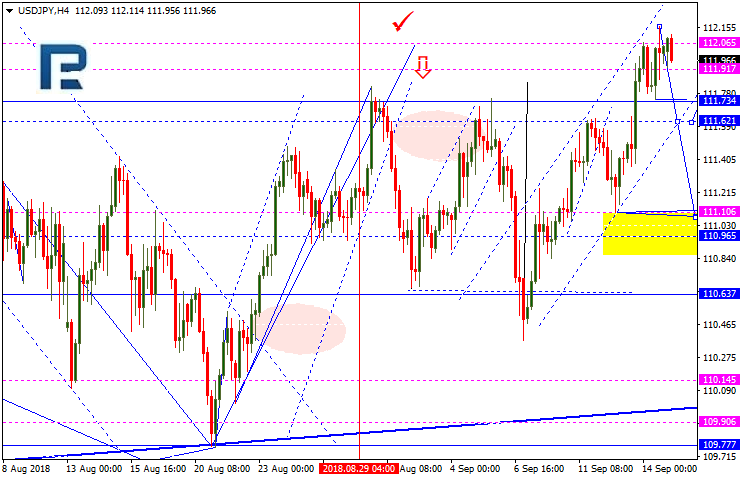 The Aussie has broken out the consolidation range against the dollar and is probably heading down towards $0.7131, which is a local target. Then, a rise to 0.7177 is possible, and, after that, the pair is likely to head down again, reaching 0.7120. 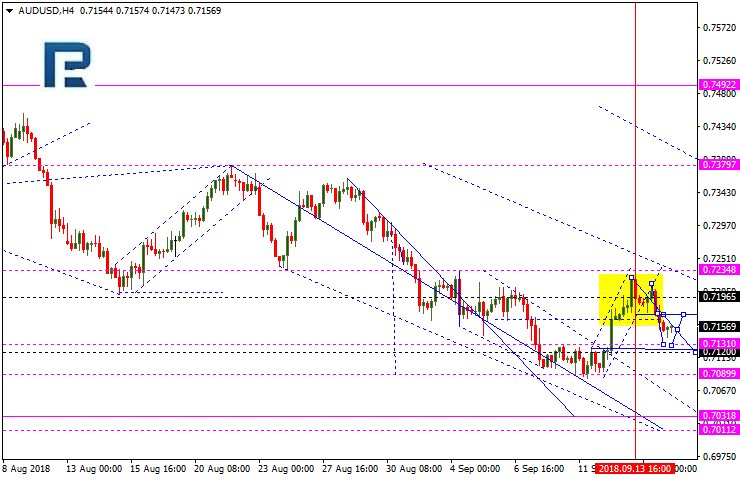 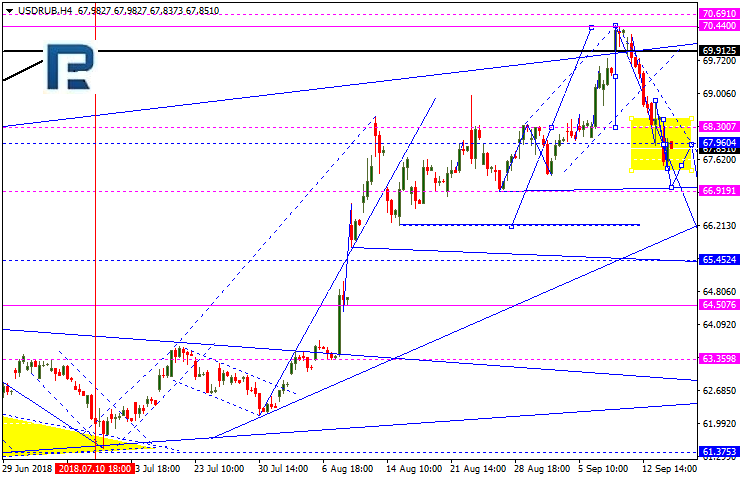 Gold has reached its local downmove target and may now start consolidating on its lows. If the price goes up, the correction towards 1200.80 may follow, while a converse breakout will push the price down to 1188.50. 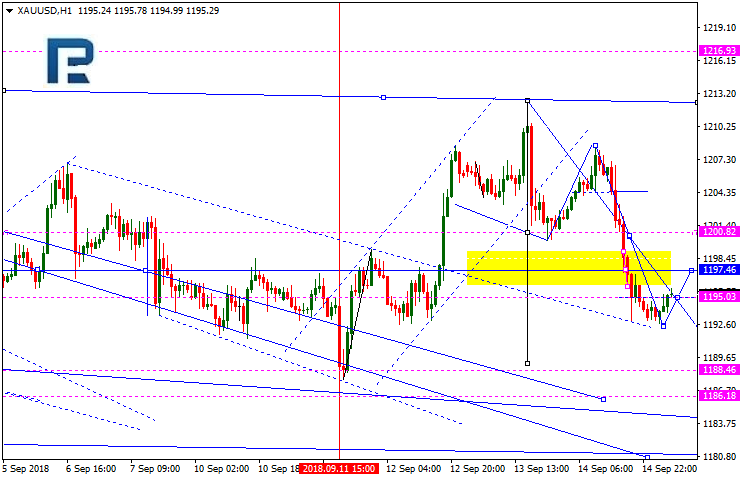 Brent crude reached its downtrend target and is trying to recover. Today, it may start consolidating on its lows. If the price goes up, it may reach 80.40; conversely, the trend may continue, with the price going to 75.50. 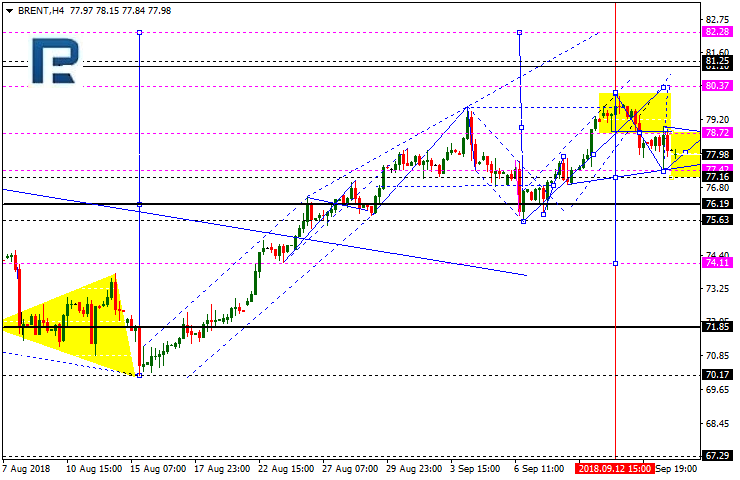