Euro has formed the third ascending wave. We think, today the price may start a new correction towards level of 1.2488, at least. Later, in our opinion, the market may move upwards to reach level of 1.2620. 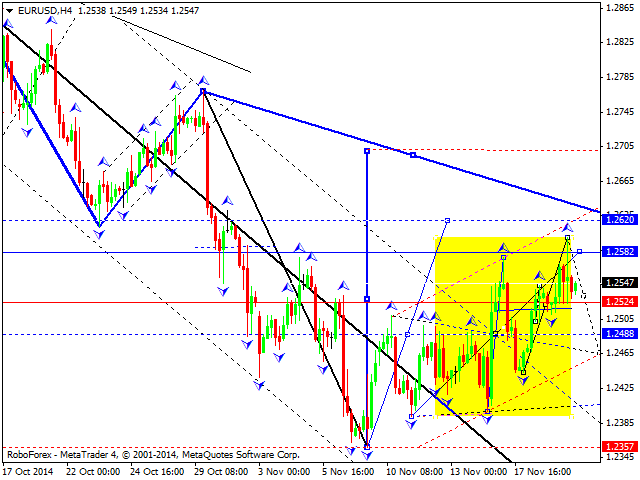 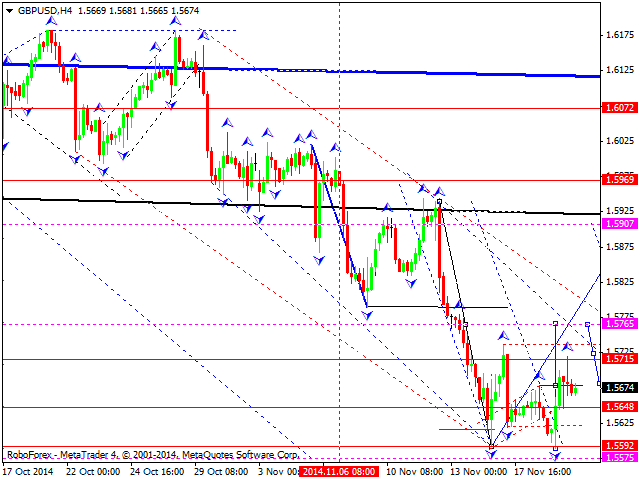 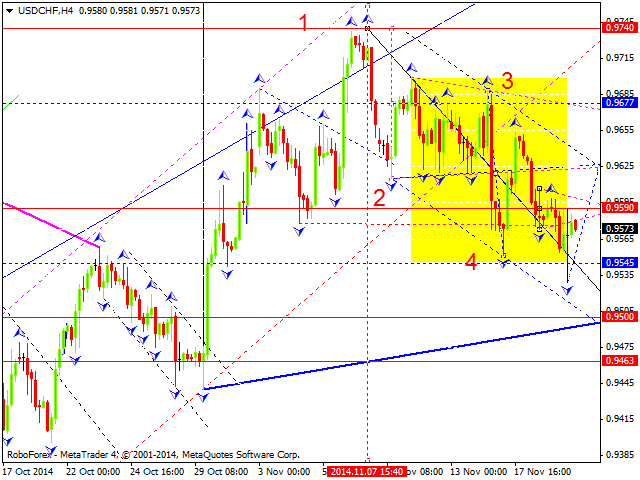 Yen continues growing and extending its ascending wave; this extension may reach level of 119.00. Later, in our opinion, the market may consolidate and form a reversal structure. After that, the pair is expected to start a serious descending wave. 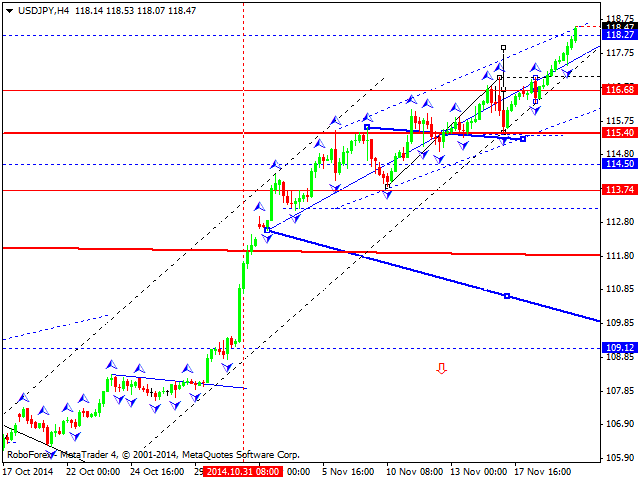 Australian Dollar is moving inside a descending structure. Later, in our opinion, the market may form a consolidation channel, break it upwards, and then move towards the next upside target at level of 0.8815. 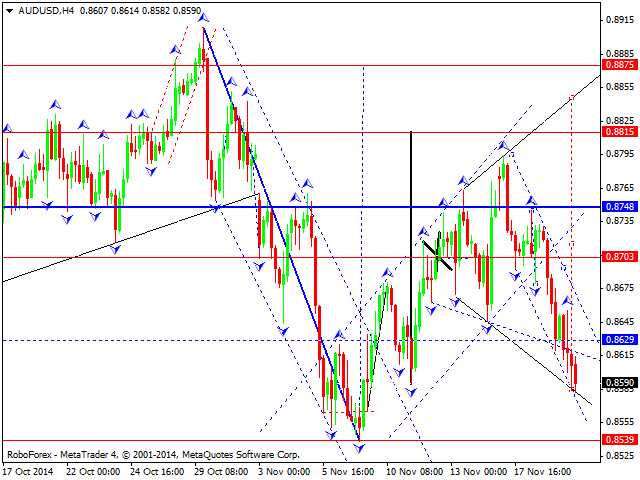 Ruble is still falling and forming short descending impulses. We think, today the price may reach a local target at level of 45.89. Later, in our opinion, the market may consolidate again and form a downside continuation pattern. The target is at level of 43.94. 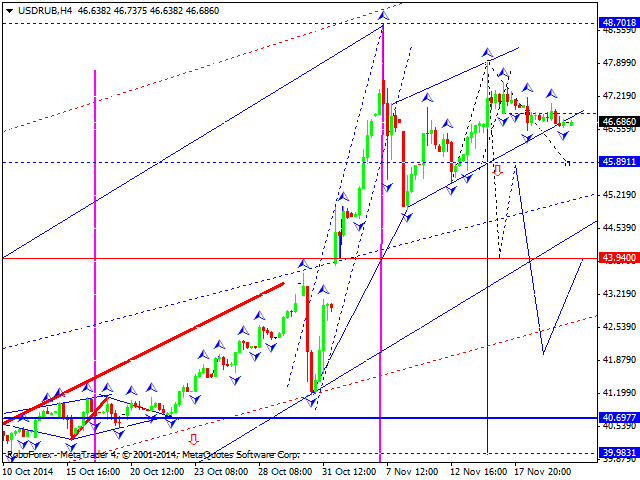 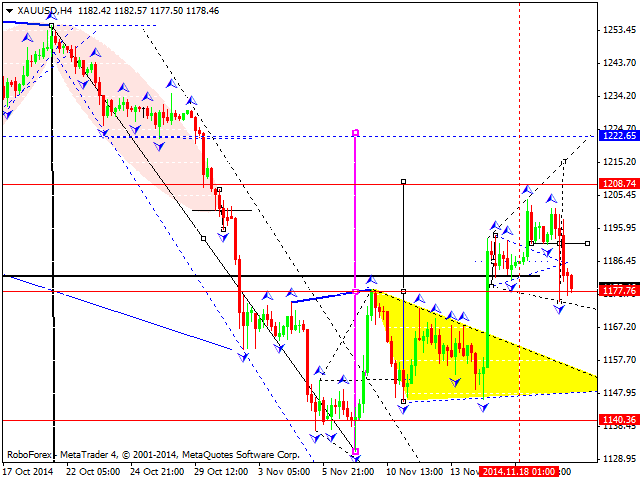