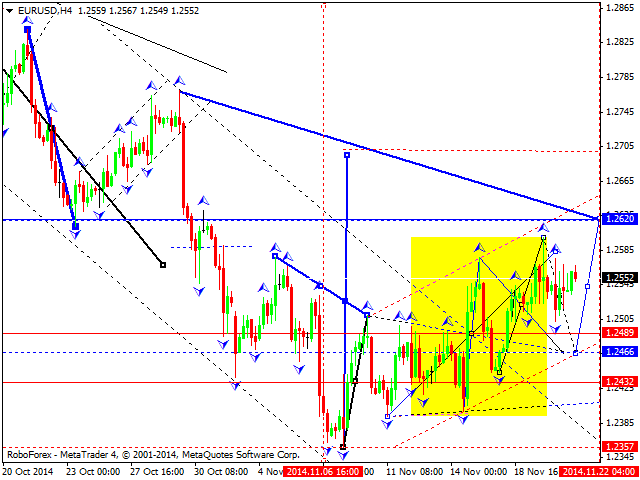 Pound is consolidating close to its lows; inside this range, we can see an ascending impulse, which is strong enough to continue. The pair tried to expand this consolidation channel upwards and right now is forming a correction to return to the channel’s center. We think, today the price may break level of 1.5725 upwards and then reach level of 1.5765. This structure will be considered as a part of an ascending wave with the target at level of 1.600. 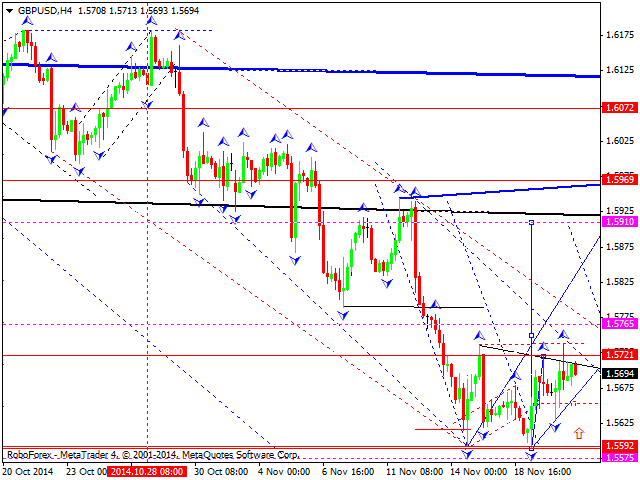 Franc is still being corrected; this correction may be considered as the fourth wave to return to level of 0.9600. Later, in our opinion, the market may form the fifth structure, a descending one, to reach level of 0.9500. 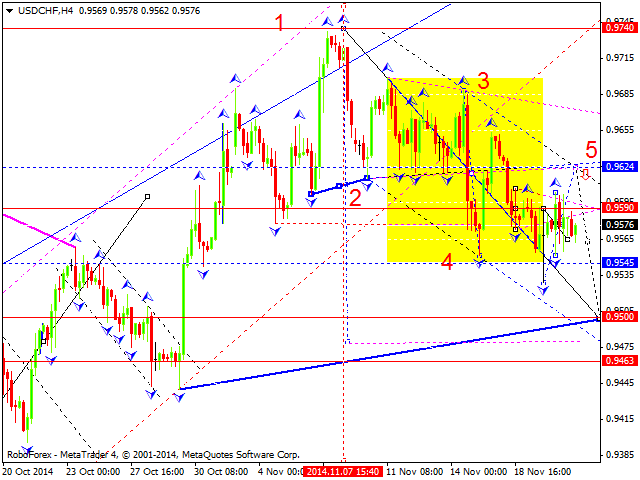 Yen has formed a descending impulse. However, this impulse may reach only level of 116.35. Later, in our opinion, the market may form another ascending structure to reach a new high. 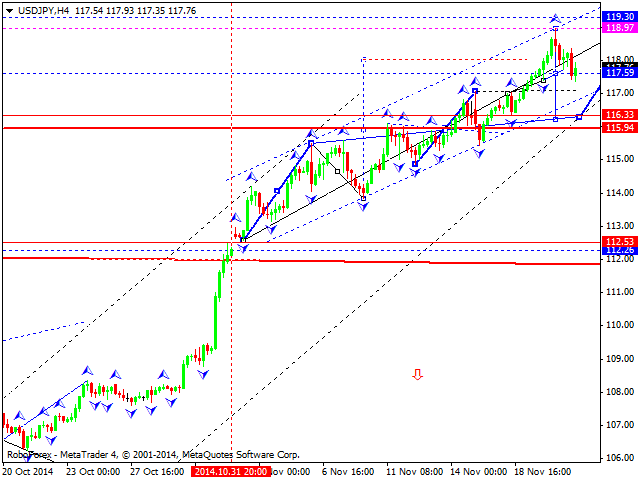 Australian Dollar has left a descending channel. We think, today the price may form another ascending structure with the target at level of 0.8690. Later, in our opinion, the market may fall towards level of 0.8630 and then move upwards again to reach level of 0.8790. 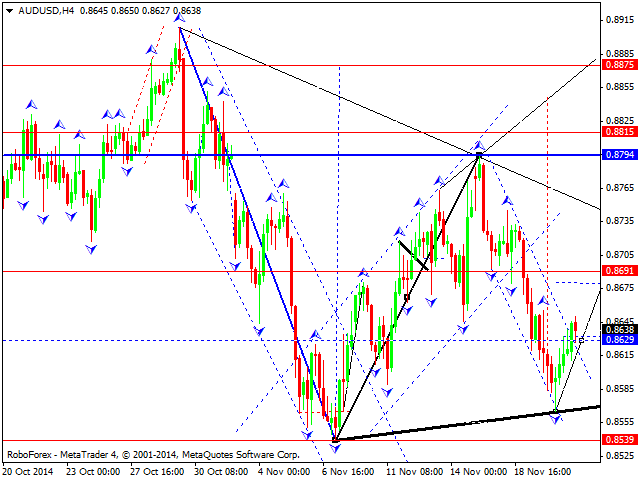 Ruble is slowly falling towards its target; such scenario implies that the pair may form another ascending structure to reach level of 48.33. Later, in our opinion, the market may fall to reach level of 45.00, consolidate, and form a continuation pattern. The target is at level of 43.94. 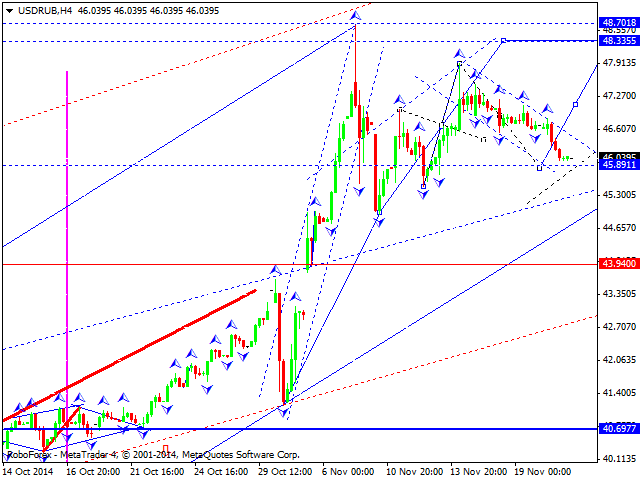 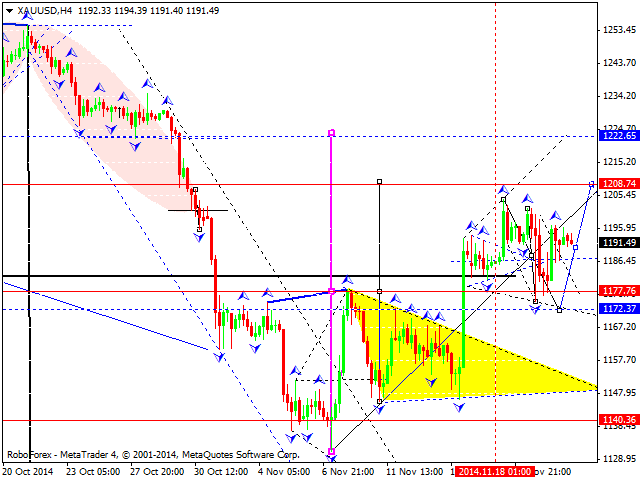