The instrument is trading in yet another declining wave. At the moment the market has formed a pattern of trend continuation around 1.1225, and upon breaking it downwards it practically opened a pathway towards 1.1180. Growth to 1.1225, then a decline to 1.1175 may follow. 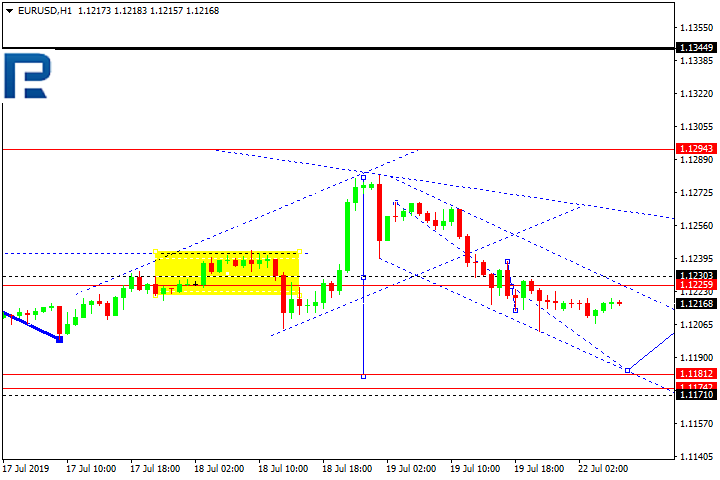 The instrument has returned to 1.2477. At the moment the market is trading a correction to this decline. Growth towards 1.2525 is also not excluded, after which a decline to 1.2453 may follow. 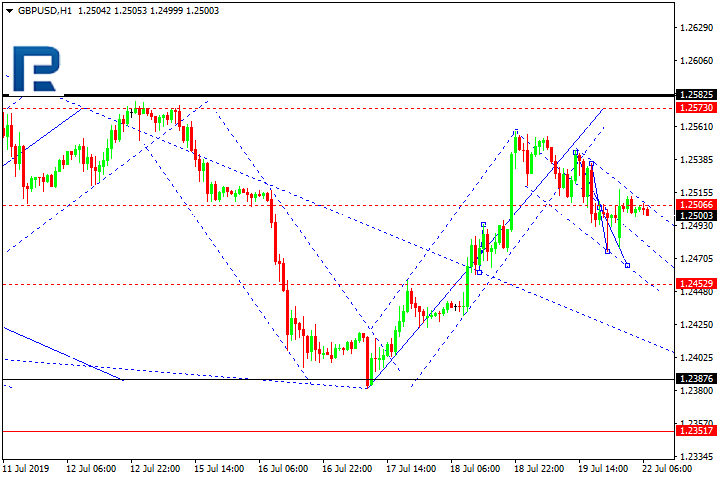 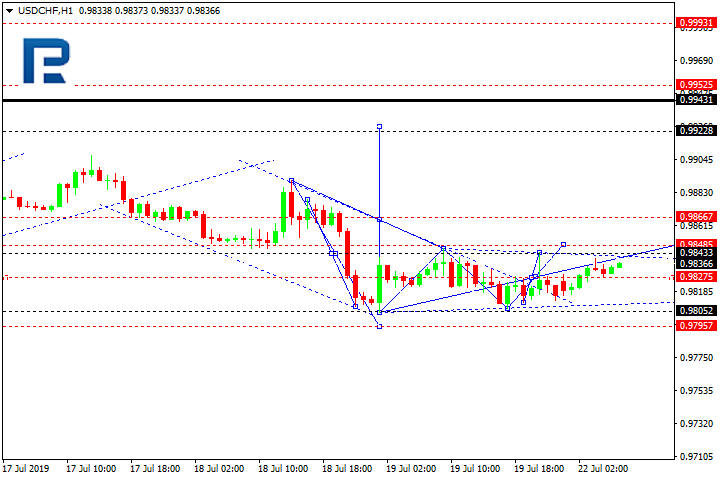 The pair is trading in the consolidation range on the top of the fourth wave. The main scenario may consist of declining to 106.61. Today we may consider the first structure of this decline with the goal at 107.35, followed by growth to 107.70. 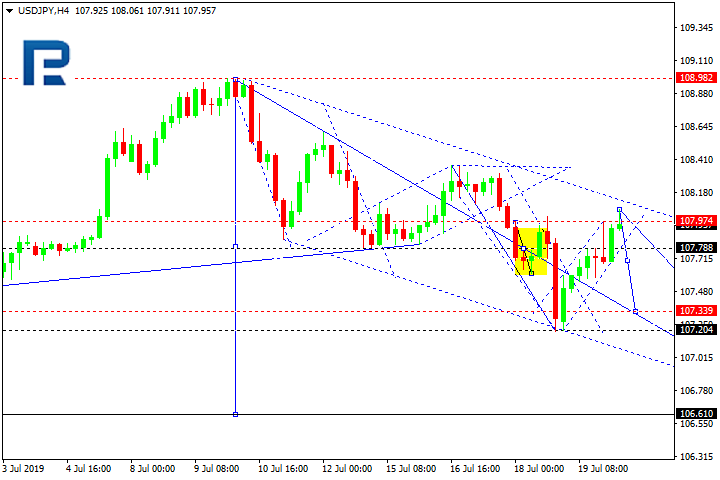 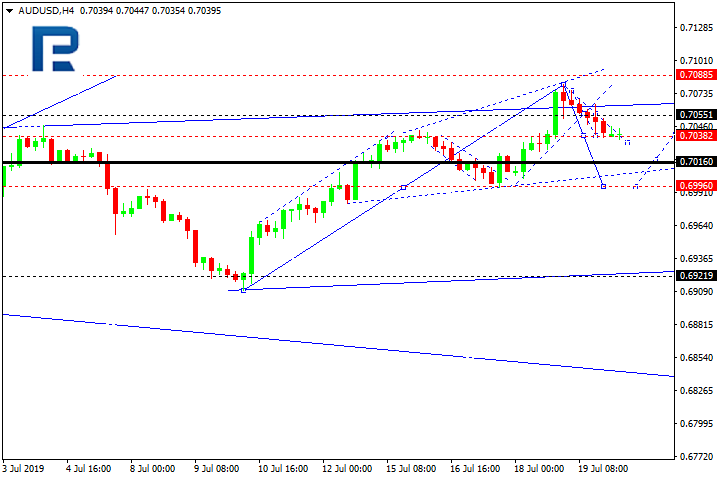 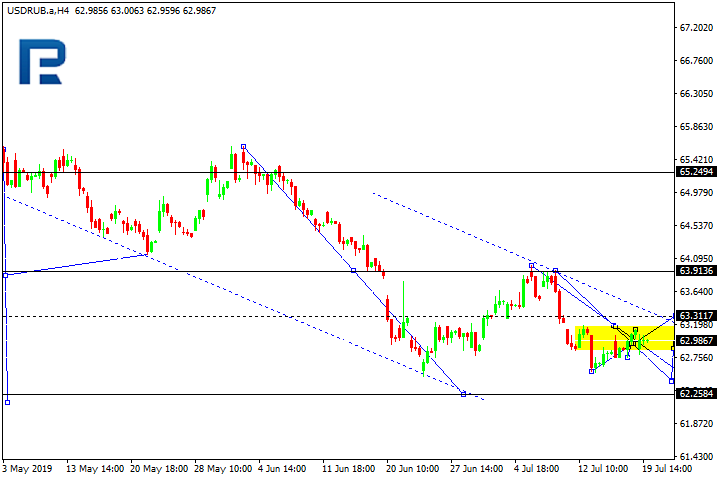 Gold has realized the first impulse for decline. Today we shall consider correction to 1440.00, then a decline to 1385.05. The goal is local. 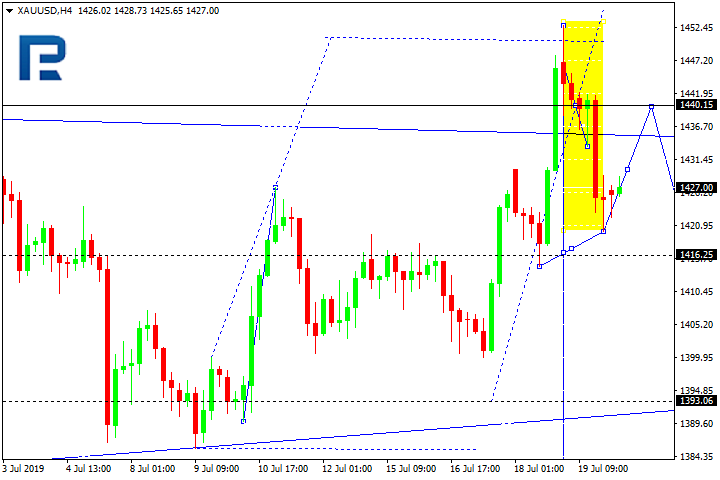 Oil is trading under pressure for growth. The aim is at 64.35. Upon reaching it another decline to 61.18, followed by growth to 64.35, is not excluded. Practically, we are considering a possibility of development of a wide consolidation range on the minimums. Upon going upwards, potential for growth to 69.45 may appear. The goal is first. 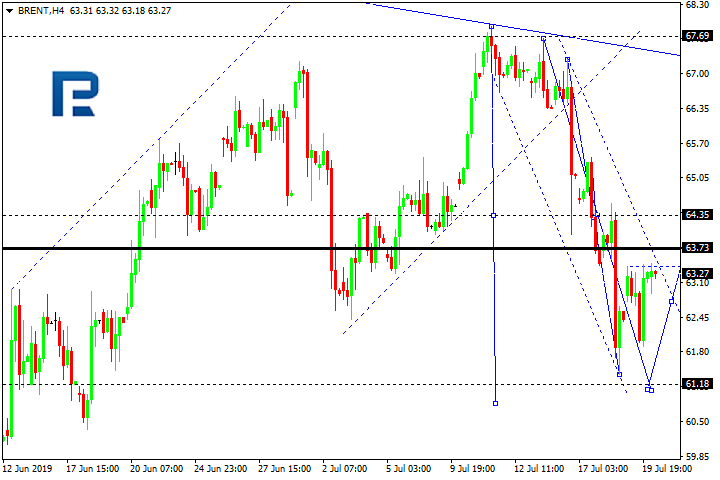