After forming another consolidation range around 1.1384, EURUSD has broken it upwards; right now, it is still moving upwards. Possibly, today the pair may reach 1.1414 and then start a new decline with the first target at 1.1344. 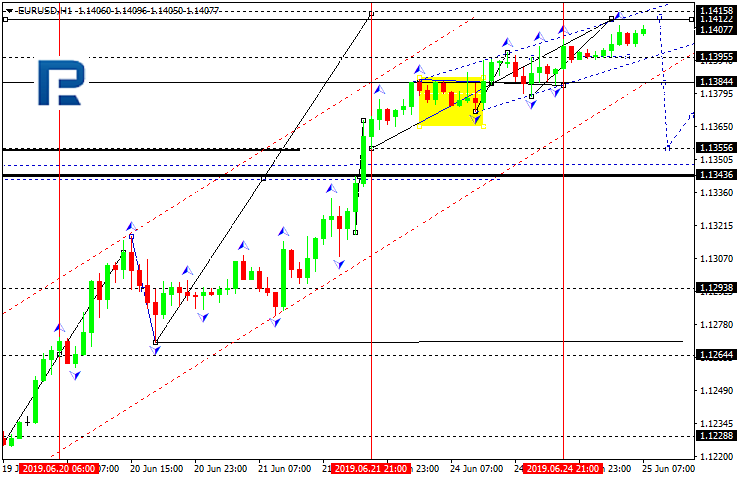 GBPUSD is consolidating around 1.2733. According to the main scenario, the instrument is expected to form a new descending structure towards 1.2700 and then resume trading upwards to reach 1.2733. If later the price breaks this range downwards, the instrument may continue trading inside the downtrend with the target at 1.2635. 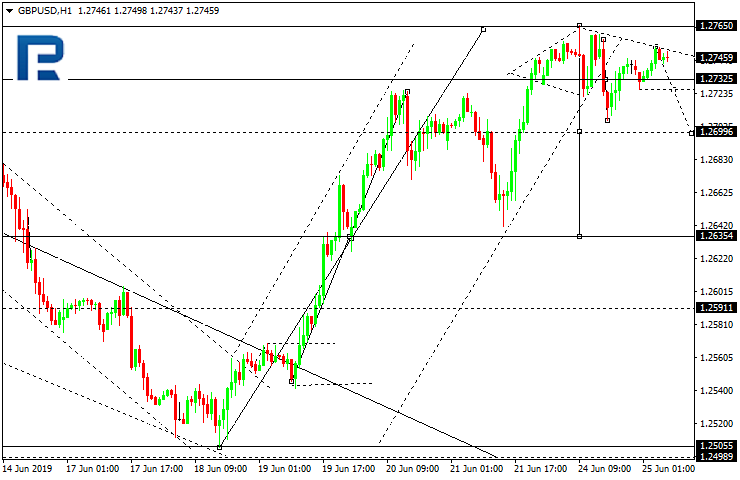 After forming the consolidation range around 0.9768, USDCHF has broken it downwards. Possibly, the pair may reach 0.9686 and then form one more ascending structure with the first target at 0.9868. 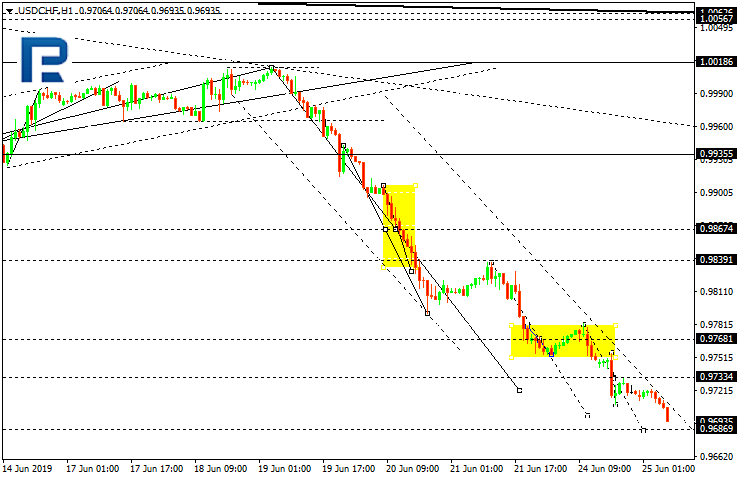 USDJPY has reached its short-term downside target. Today, the pair may consolidate near the lows. If later the price breaks this range upwards, the instrument may start a new correction with the first target at 107.80. 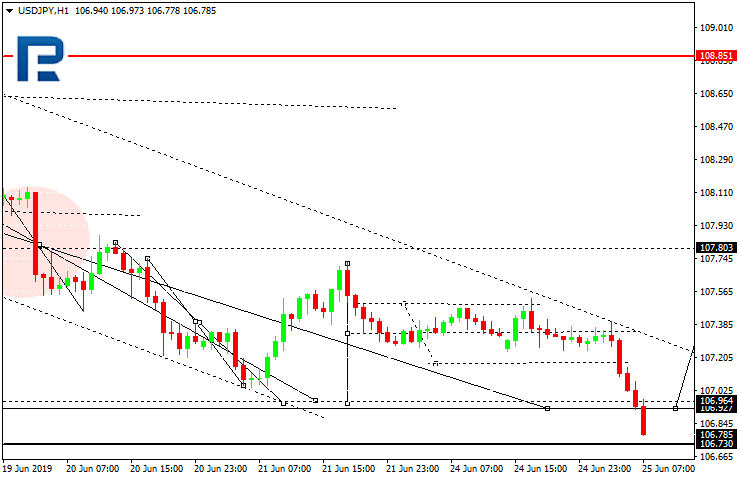 AUDUSD is consolidating around 0.6960. Possibly, the pair may break the range downwards and start another correction to reach 0.6907. 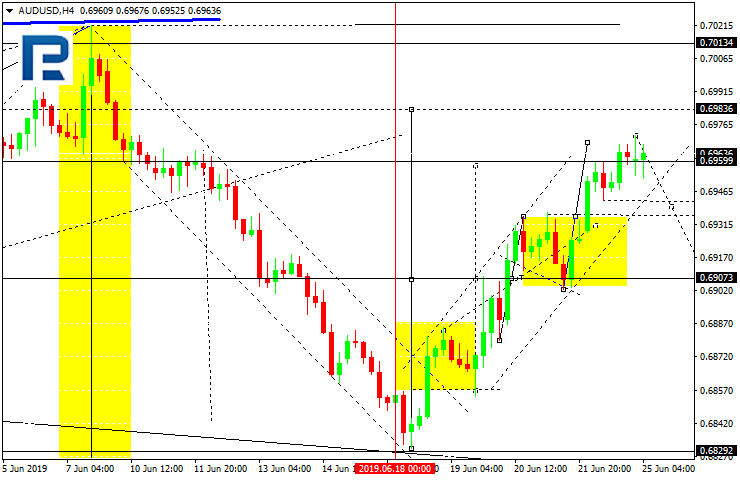 After reaching its predicted downside target, USDRUB is still trading downwards and may reach 62.32. Later, the market may consolidate near the lows. After that, the instrument may break the range to the upside and start a new correction with the target at 65.00. 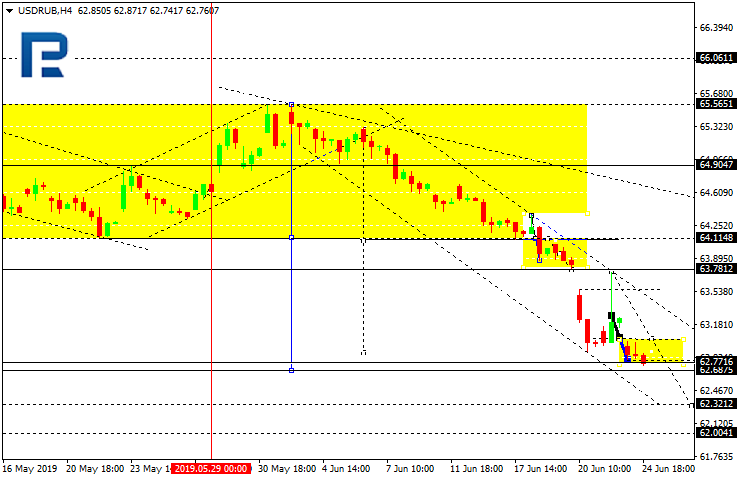 After forming the continuation pattern around 1417.00, Gold has broken it upwards and completed the ascending structure at 1438.70. Possibly, today the pair may consolidate near the highs. Later, the market may break the range to the downside and start another correction with the first target at 1386.50. 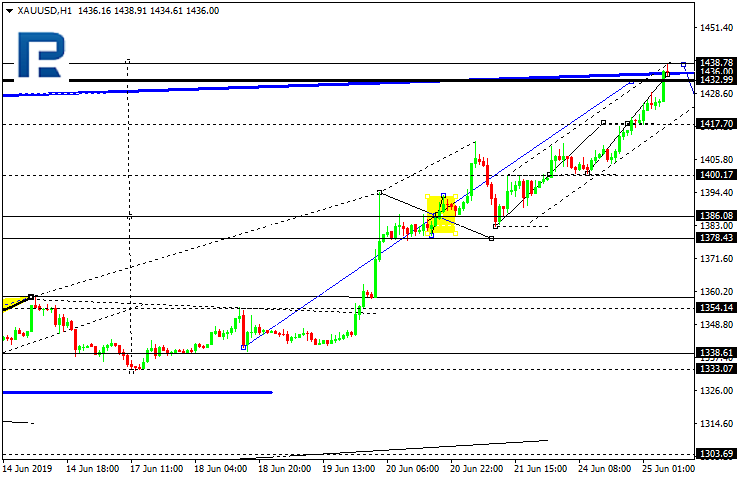 Brent is being corrected with the target at 63.90. After that, the instrument may resume trading upwards with the short-term target at 67.70. 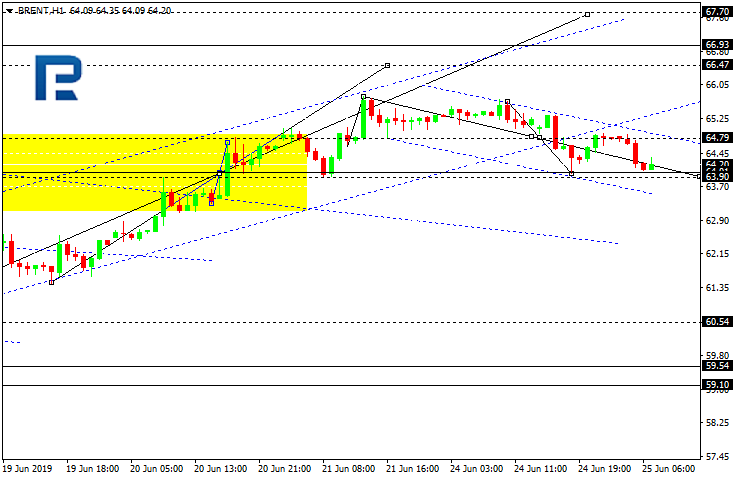