The pair has reached the goal of the declining matrix at 1.1104 and performed a correction, returning to 1.1184. At the moment the market is trading in another declining wave. Today hitting 1.1115 looks possible. Then a correction to 1.1150 may follow, then – a decline to 1.1104. Upon breaking this level, the trend may continue to 1.1072. 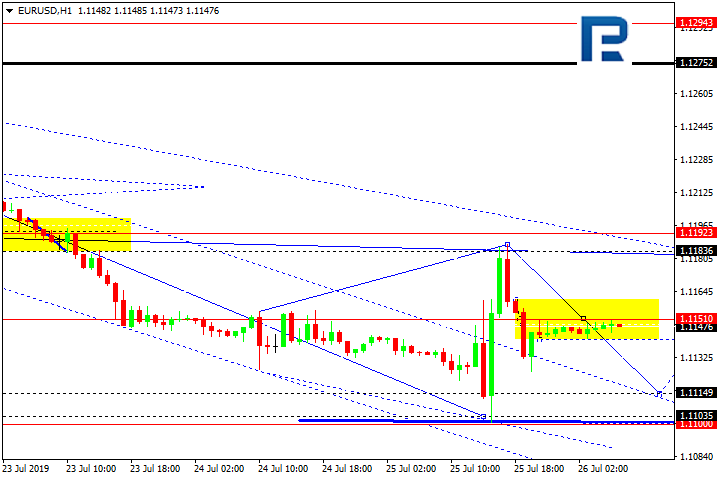 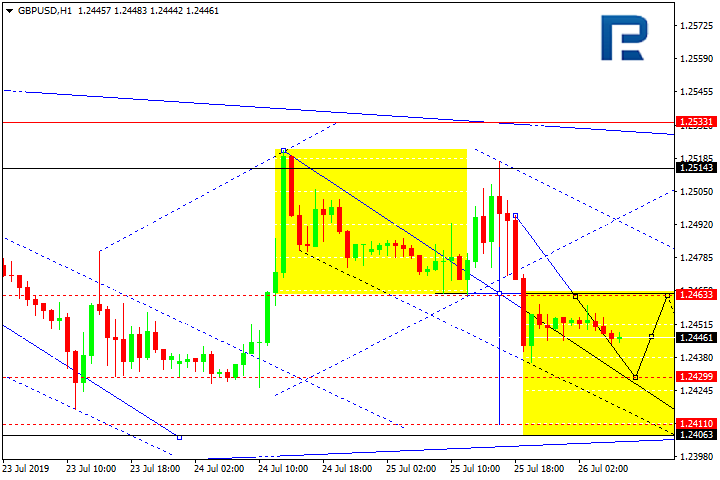 The pair has gone through a growing matrix and its correction. The market is trading under pressure for growth today. A consolidation range has formed around 0.9905. Upon breaking it upwards, a rise to 0.9942 may become possible. The goal is local. 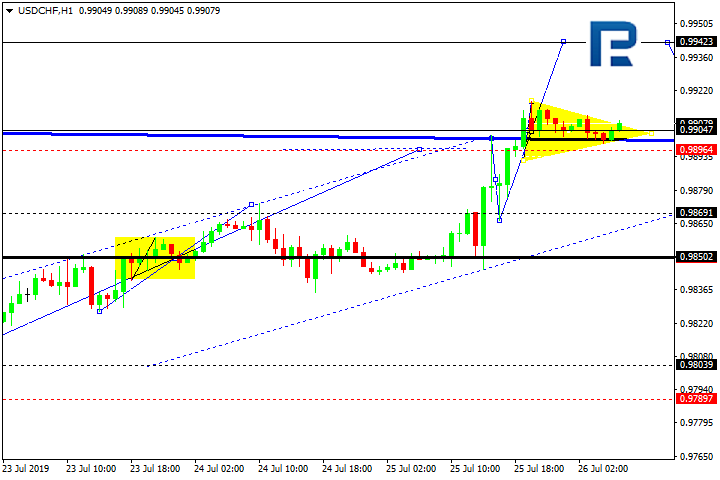 The instrument has undergone growth and extension to 108.67. At the moment the market is trading inside the consolidation range. Today the price may decline, break through the ascending channel and start another declining wave, aiming at 107.94. The goal is first. 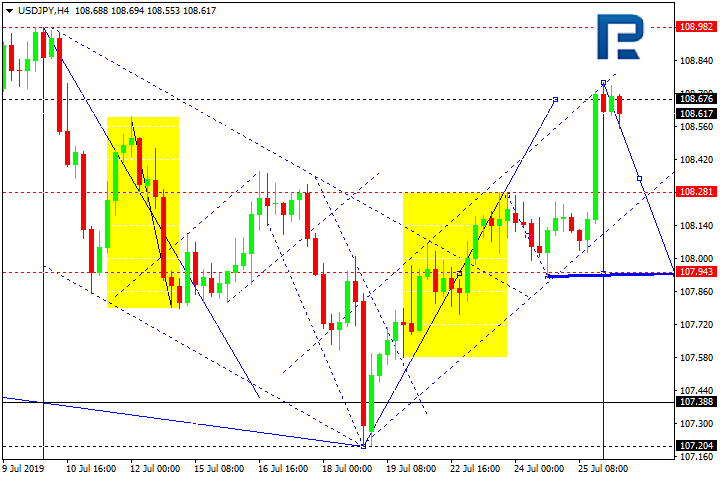 The pair has reached the main goal of the declining wave. Keeping in mind the breakaway of the matrix channel, practically, today it may keep declining along the trend to 0.6911. The goal is local. 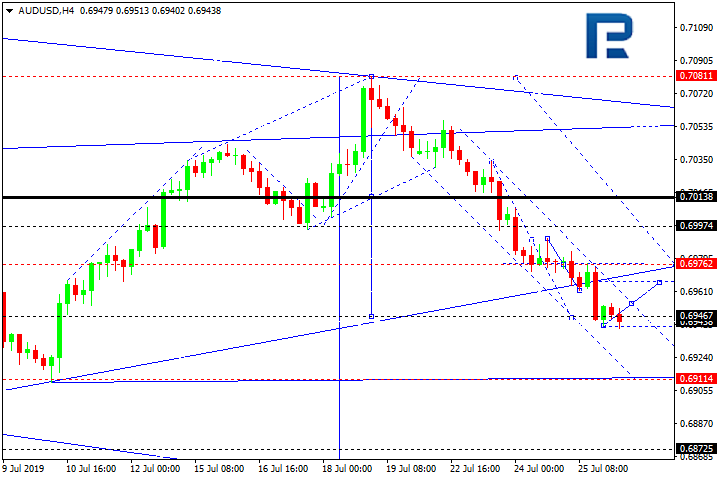 The pair has completed two impulses of decline. Today we are considering the possibility of development of a third impulse of decline to 62.72, followed by growth to 63.15, then a decline to 62.25. 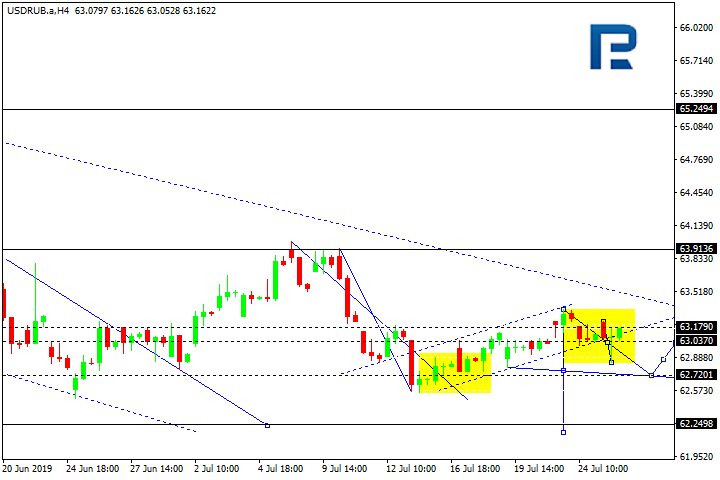 Gold is trading under pressure for decline. The market has broken through 1416.83 top down. At the breakaway a consolidation range has formed. This scenario confirms the development of the third wave of growth. The goal is at 1400.00. After that a correction to 1416.80 is possible. 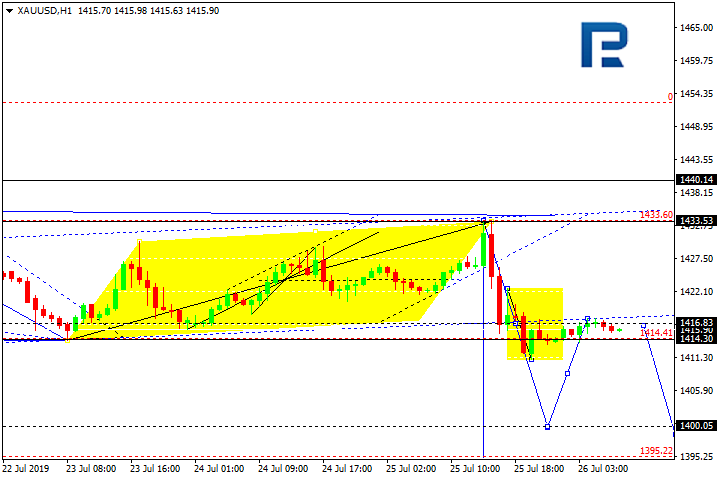 Oil has formed a consolidation range above 62.95. Upon breaking it downwards, a decline to 61.70 seems possible. The goal is local. Upon escaping upwards, the trend may continue to 65.60. 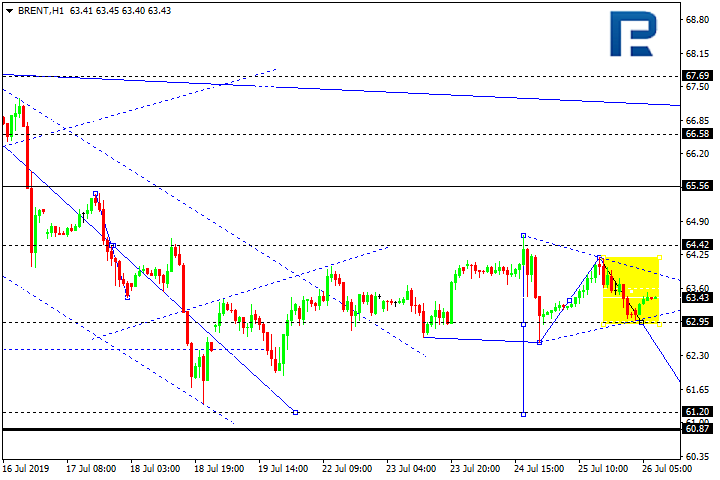