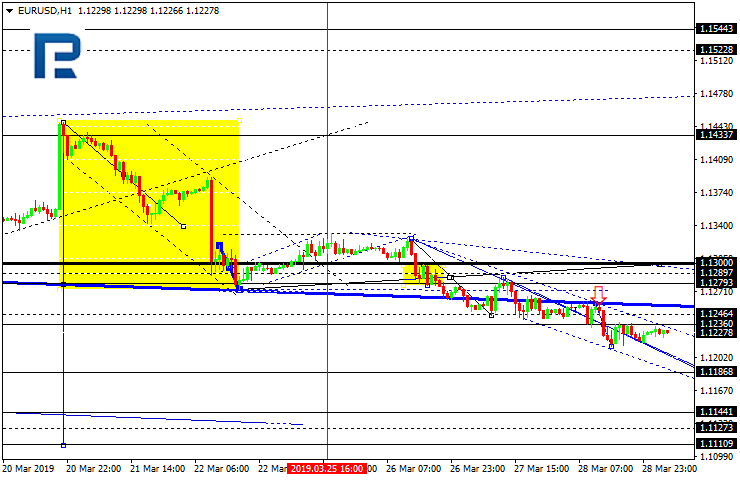 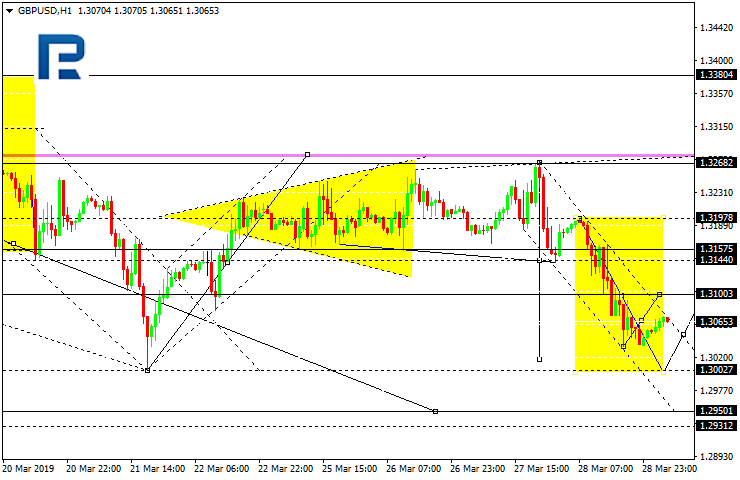 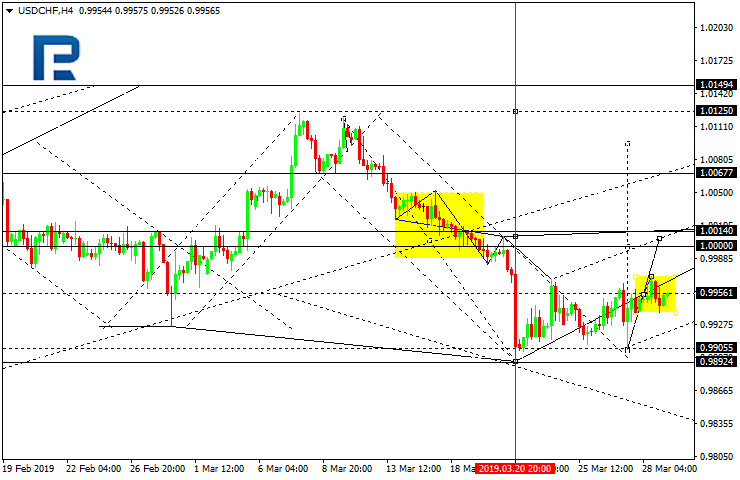 The USDJPY is trying to break out 110.54 bottom up, probably to reach then 111.04, but this can be considered just as alternative, with the major scenario being a fall to 109.50, which can occur at any moment. 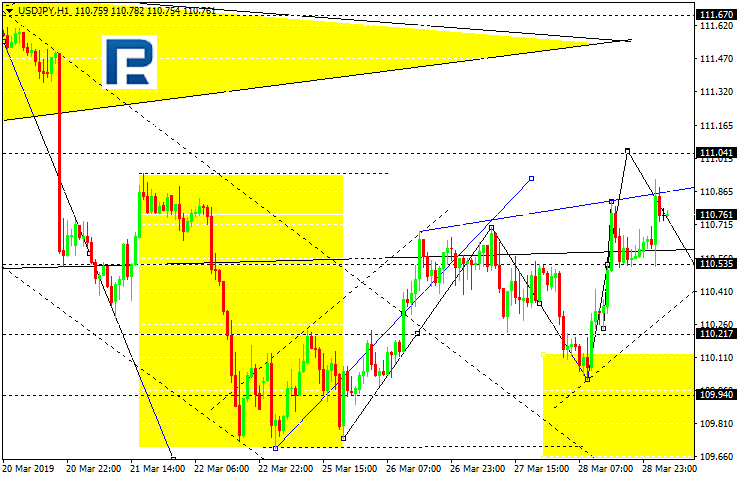 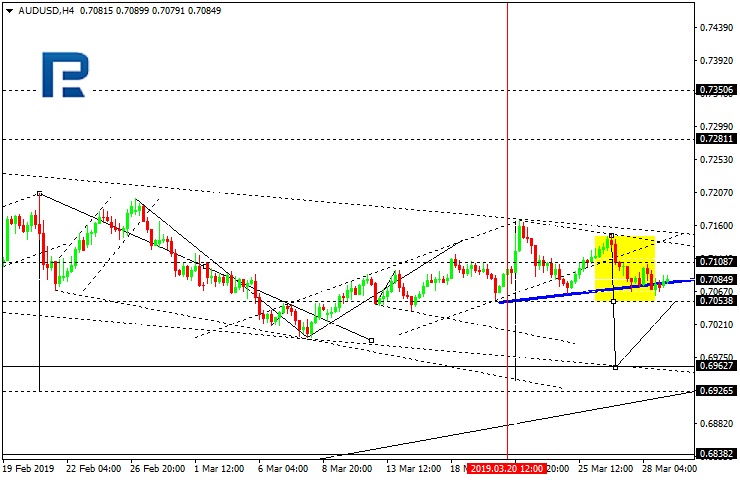 The RUB formed a consolidation range below 64.90 and then broke it out top down. The correction may probably reach 65.37. However, any rise may only be considered as an alternative, while the major scenario is a fall to 62.77, i.e. a local target. 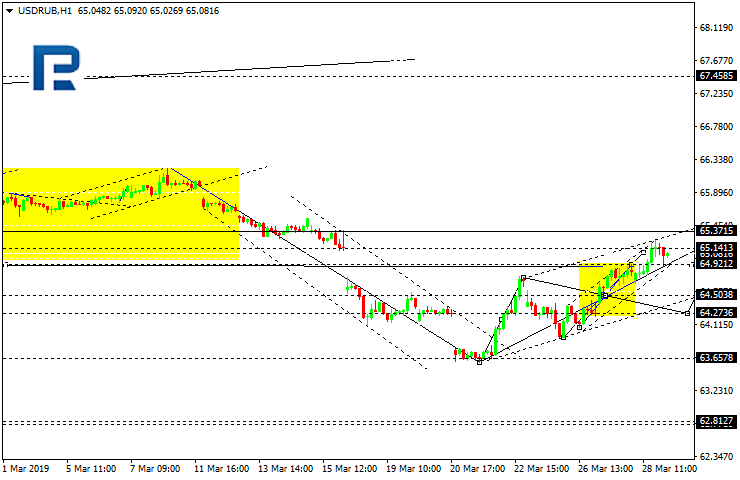 Gold is under pressure and is going down, having already reached the target at 1,291.80. The price is currently consolidating near this level, which may either end with the price going up to 1,310, or continuing the trend by falling to 1,253.86, which is going to be the first target. 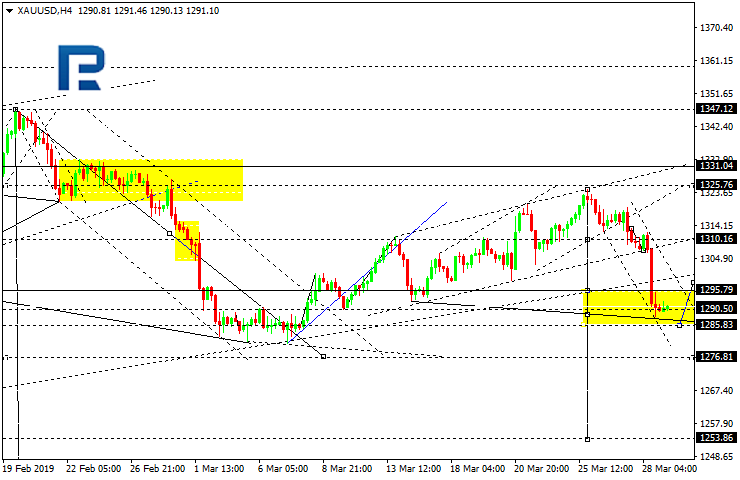 Brent crude was unable to break out 66.15, and bounced. The price is now rising without any correction. Today we are expecting the Brent to rise to 68.06, and then, once a breakout occurs, to hit 70.30. Any rising patterns may only be considered as an alternative, however, as the price may abruptly correct to 63.65 at any moment. 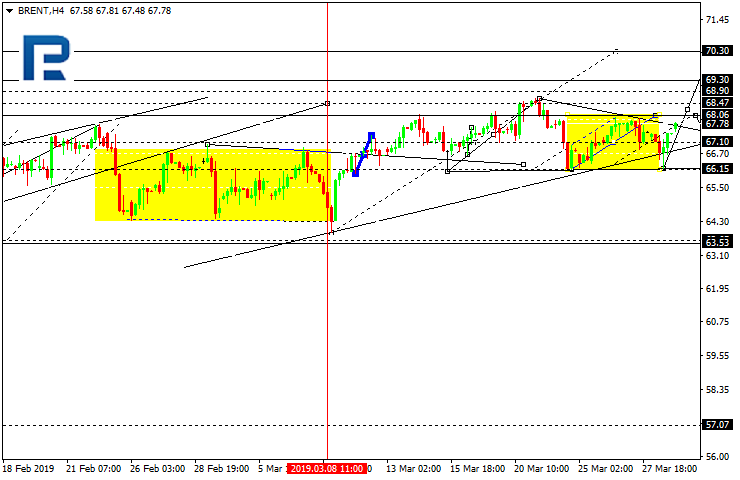