The EUR/USD currency pair is moving according to the forecast. By the moment the price has almost reached all the targets of the rising pattern. The final target of the growth is the area of 1.4570 which may be a starting point of the correction to the level of 1.4150. One can try the tight stop sales when reversal signals appear near the level of 1.4570. 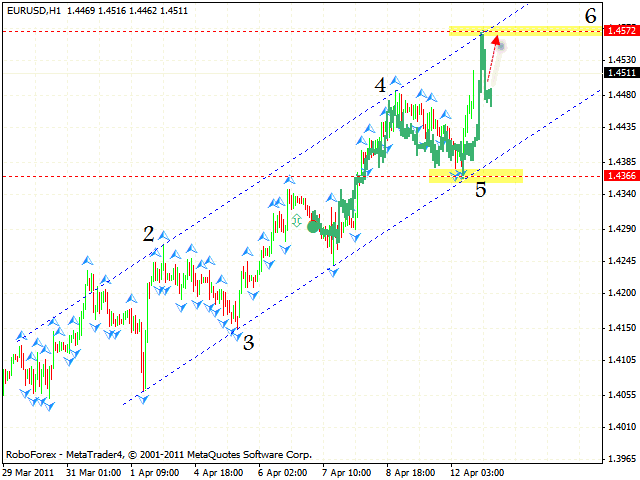 Pound has reached the area which was defined earlier where one can consider opening long positions with the target in the area of 1.6468. But if the price reaches a new local maximum at the level of 1.6225, this case scenario will be cancelled. Don’t forget to move stops into the black as soon as possible. 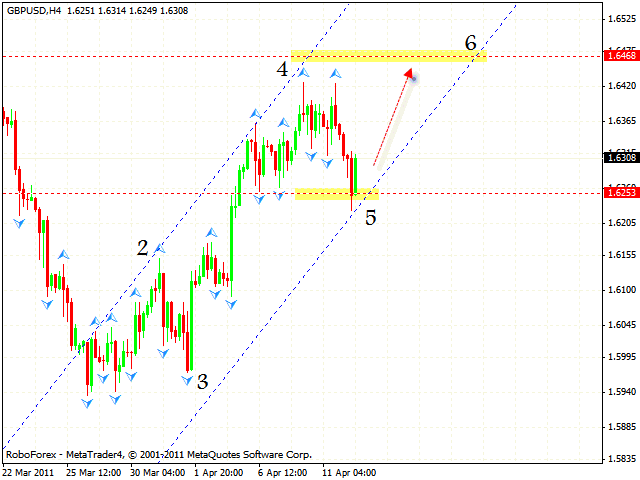 Franc has almost reached the targets of the reversal pattern. At the moment we should expect the price to grow to the channel’s upper border in the area of 0.9042 where we can try to sell the pair with the target of 0.8915. If the price breaks and leaves the channel, this case scenario will be cancelled. 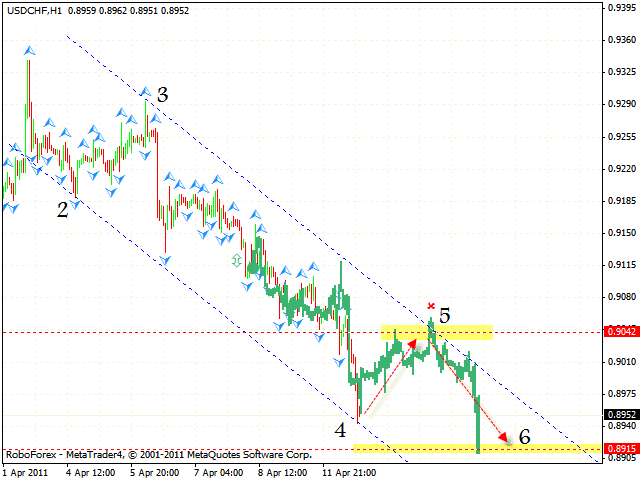 Australian Dollar started growing after a slight correction, the target of the growth is the area of 1.0662. One can try to buy the AUD/USD currency pair with the tight stop. If the price breaks the trend’s rising line, this case scenario will be cancelled. 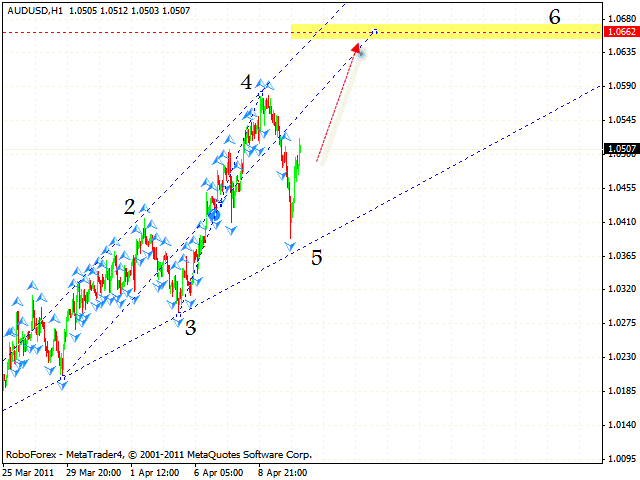