In case of the USD/CHF currency pair the forecast of the price movement remains bearish. It looks like the market is starting an initial rising impulse in wave [3]. We can expect the price to reach a new local maximum of the first wave in the beginning of January. The target for the bulls is the level of 0.9600. 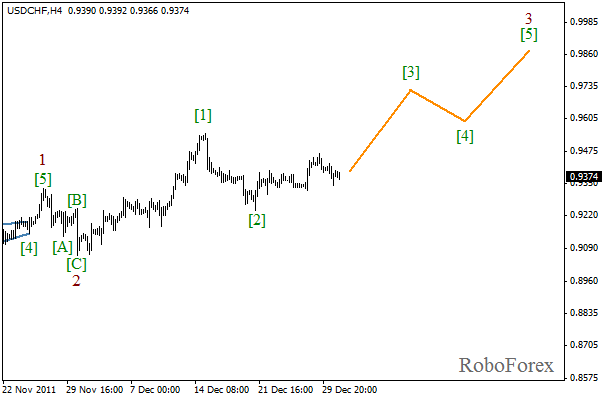 At the H1 chart the price completed an initial rising impulse in wave (1), and we may assume that the local correction has been finished. In the near term, we can expect the price to start growing while forming wave (3) of [3]. 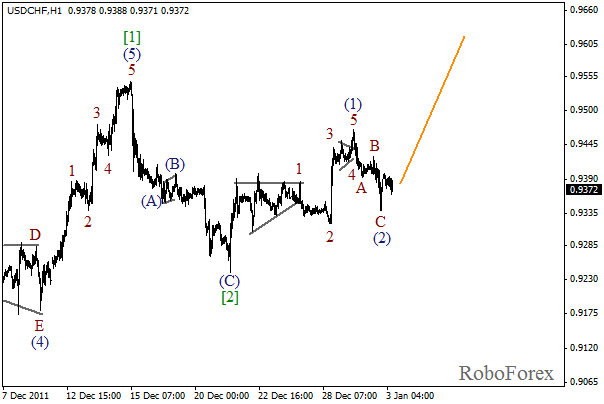 At the H4 chart the price is in the very beginning of wave (3). It looks like the pair is going to continue moving inside the current descending trend in the beginning of January.  The target for the bears is the level of 1.2500. 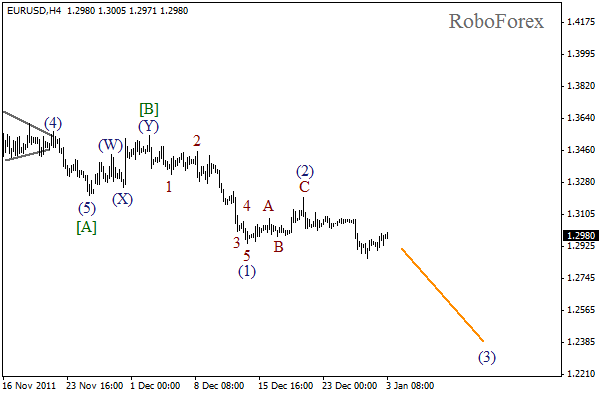 As we can see at the H1 chart, the price has formed a descending impulse in wave 1, and now is completing zigzag pattern inside the second one. On the minor wave level we can see the formation of diagonal triangle pattern in wave [C] of 2. The price may start moving downwards again in the nearest future. 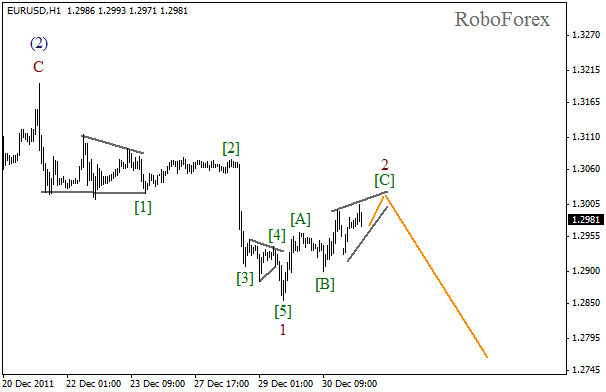