The Index continues moving upwards. It looks like the price is completing an ascending impulse inside wave [5]. We can’t exclude a possibility that during this week the instrument may reach new maximums and later start a correction. 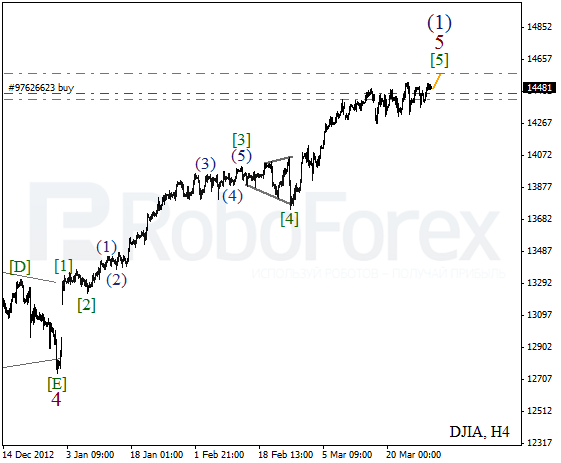 As we can see at the H1 chart, the price is forming diagonal triangle pattern inside wave (5). On the minor wave level the Index is finishing wave 5. Most likely, after a local correction the buyers will continue pushing the price towards the pattern’s upper border. 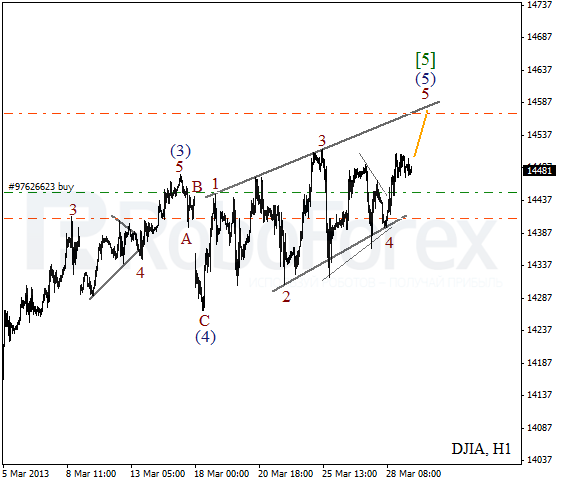 After completing horizontal triangle pattern inside wave B, Oil is moving upwards inside wave [1]. The current wave structure implies that the price may continue growing up for a while. However, later the instrument is expected to start a new correction inside wave [2]. 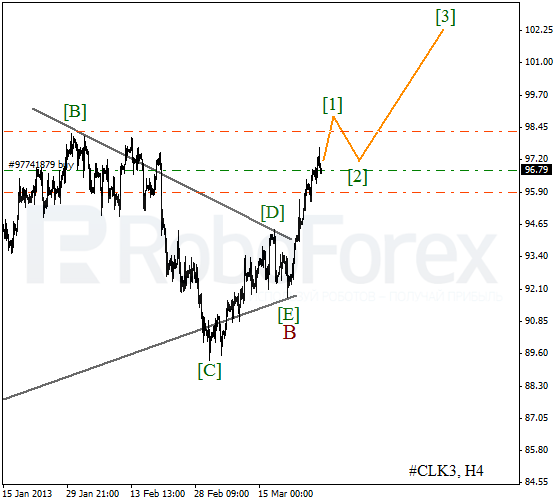 More detailed wave structure is shown on the H1 chart. It looks like the price is forming the fourth wave; I opened a short-term buy order. During the next several hours Oil is expected to start a new ascending movement inside wave (5) of [1]. 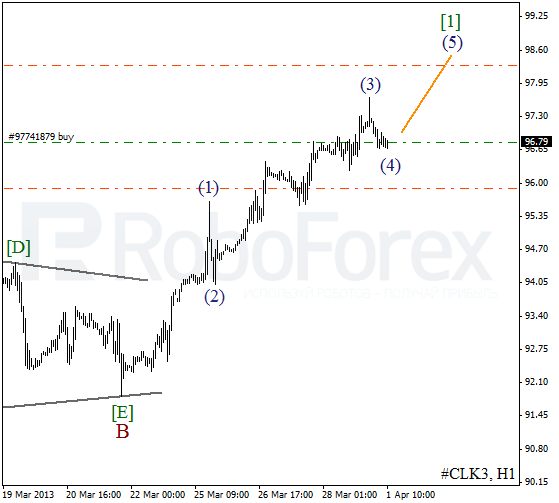