It looks like the price continues a corrective movement; the second wave is taking the form of double zigzag pattern. During the next several days the Index is expected to form wave B, after which the instrument may start a new ascending movement inside wave C of (Y). 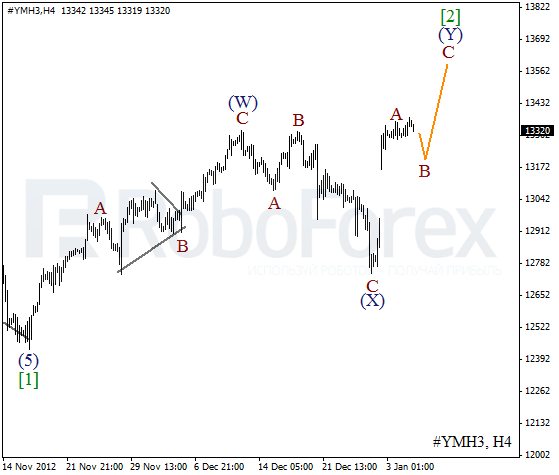 More detailed wave structure is shown on the H1 chart. We may assume that the price finished an impulse inside wave A. After a local correction, which is taking place right now, the instrument is expected to make a final ascending movement. 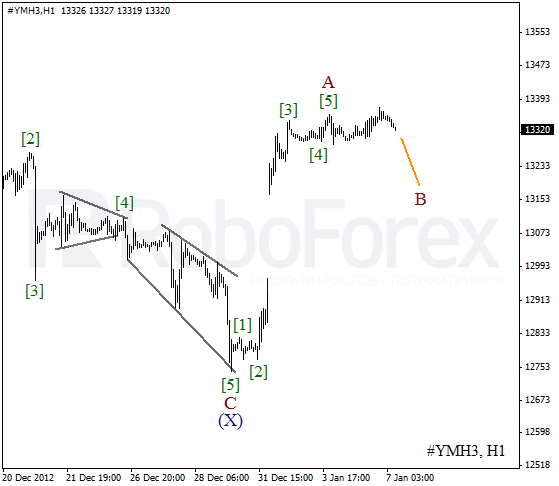 It looks like the price is finishing zigzag pattern inside wave (2); in order to complete it the instrument need to form one more ascending wave. During the week Oil is expected to break a local maximum. 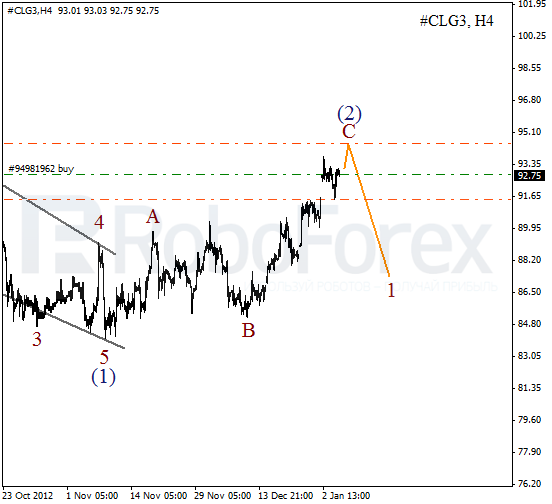 As we can see at the H1 chart, the fifth wave is being expanded. During this correction I opened a short‑term buy order; I’ll move the stop on this order into the black as soon as possible. 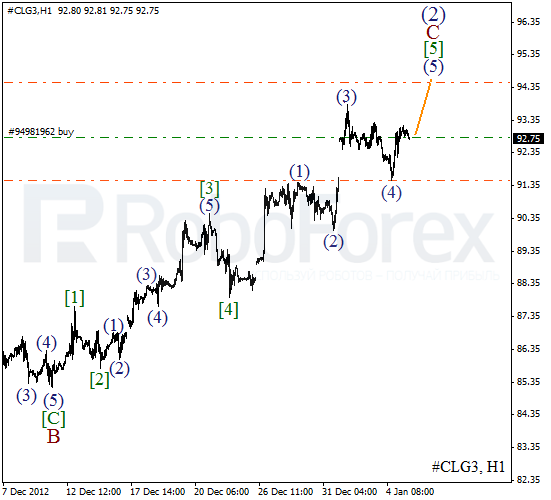