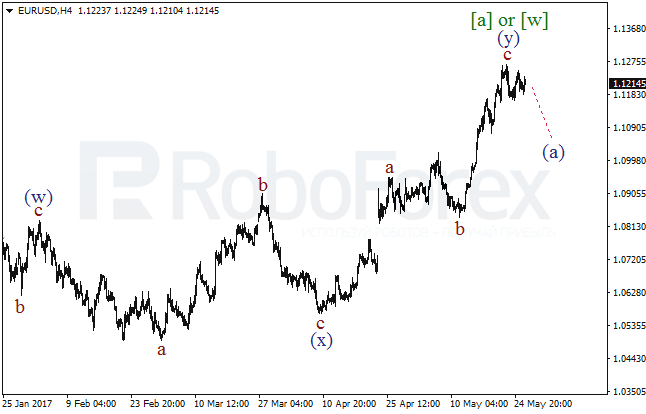 Admittedly, the double zigzag within the wave [a] or [w] has been completed. Consequently, in the near-term the pair can decline further in the direction of the wave (а) and soon after can break throgh the local lows. 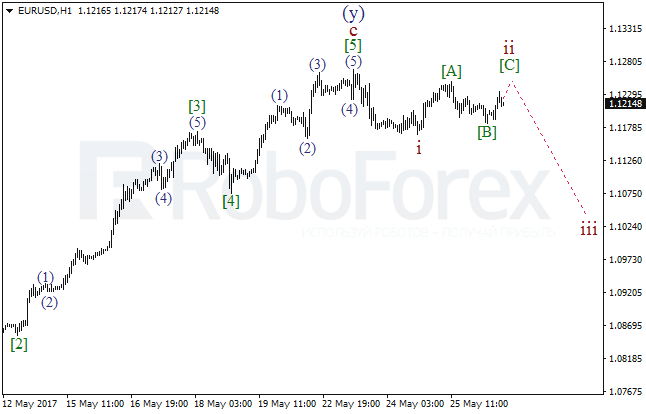 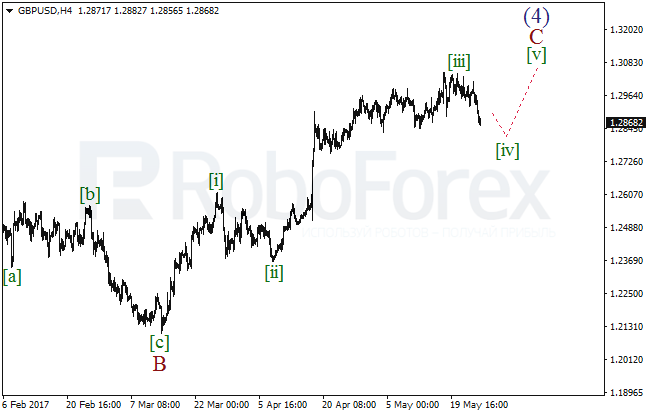 The British Pound keeps forming a correction wave [iv]. Earlier a bullish extension within the wave [iii] was completed. Afterwards a yet another bullish impulse within the wave [v] of C is possible. 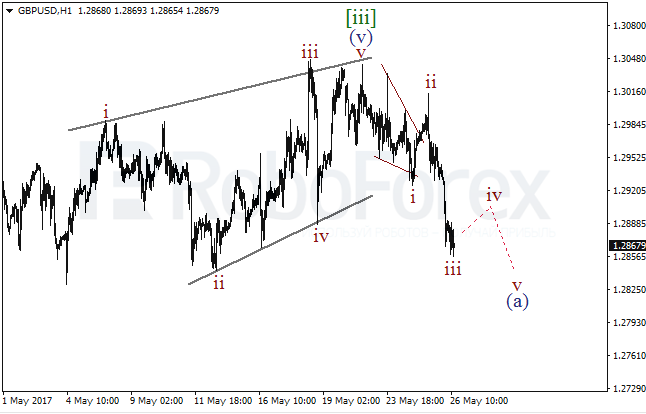 A more detailed analysis is given on the H1-chart. It is not improbable that earlier a diagonal triangle was completed in the wave (v) of [iii]. In the course of the day, the wave ii can be elongated further. After this wave is completed, the pair can move even lower. 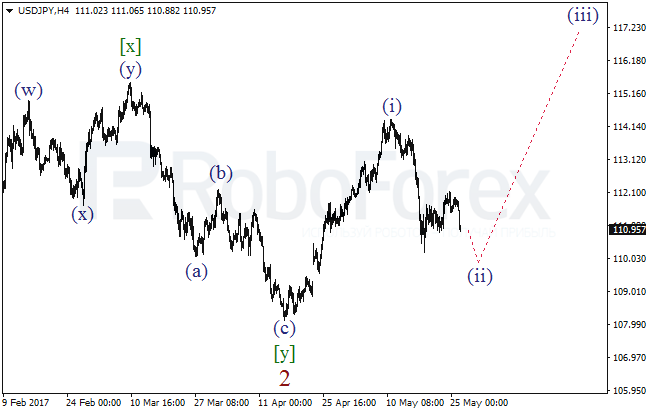 The Yen has continued to form the wave (ii) . Earlier an ascending impulse in the wave (i) was formed. Thus, price can continue to move down in the direction of the local lows. 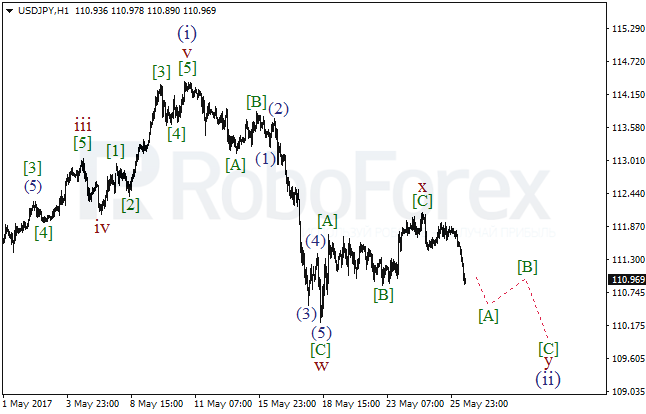 On H1-chart, the wave (ii) is getting the form of a double zigzag, and the wave y is being formed within it. In the near-term, the wave [A] of y can be completed while a local correction - the wave [B] - can start. 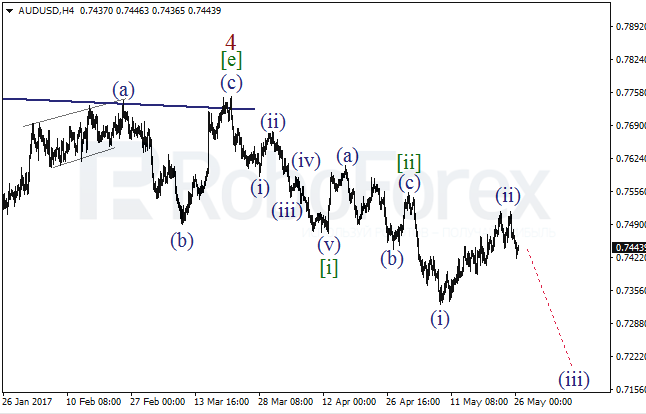 A descending extension within the wave[iii] keeps being completed. This wave seems to have completed a second wave. In the near-term, the market can resume falling down within the wave (iii) of [iii]. Consequently, in the short-run (i). 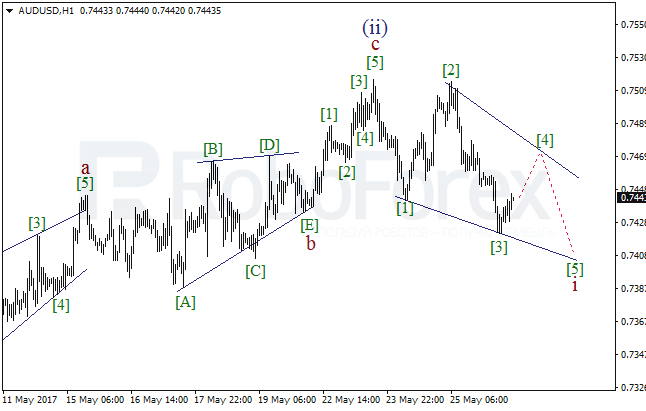