This website uses cookies
We use cookies to target and personalize content and ads, to provide social media features and to analyse our traffic. We also share information about your use of our site with our social media, advertising (including NextRoll Inc.) and analytics partners who may combine it with other information that you've provided to them and that they've collected from your use of their services. You consent to our cookies if you continue to use this website. Learn more
AllowDisallow
RoboForex is an official sponsor
of "Starikovich-Heskes Team"
AT The Dakar-2017
RoboForex
Sign InOpen an account
MetaTrader 4 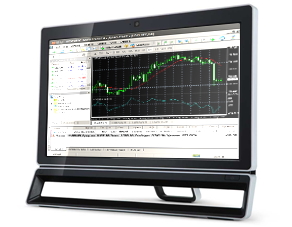 Below you can find the article, how to work in MetaTrader5 via one of the Linux versions - Ubuntu.

One of the Linux features is the absence of a unified setup kit. Different groups of programmers work on several different Linux versions such as Debian, Mint, Ubuntu, OpenSUSE, Gentoo, etc. This article will describe one of the most popular distribution kits - Ubuntu.

Wine is a free program that allows users to run an application developed for the Microsoft Windows systems. Among all the Wine versions, there is one for Ubuntu.

We should note that Wine is not a fully stable application. It means that some functions in the applications you run under it may work improperly.

Preliminary setup should be performed before the installation. All applications are installed on Ubuntu from the packages, which are contained in repositories. To install Wine, the path to WineHQ PPA repository must be added. Open Ubuntu Software Center and run "Software Sources" command in "Edit" menu. 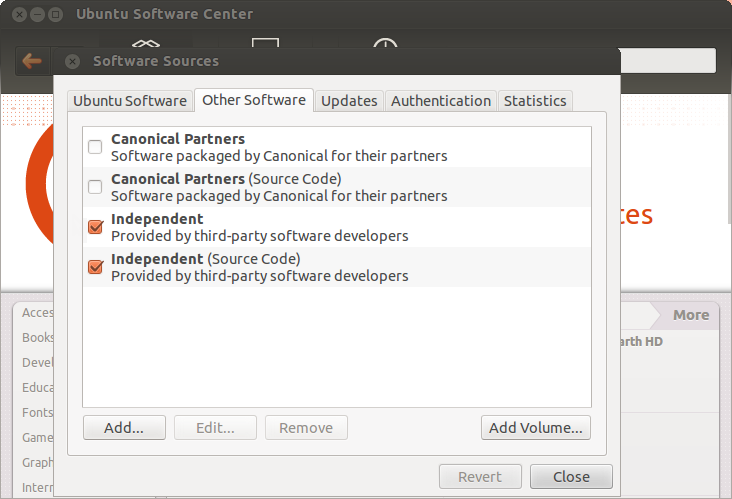 To install Wine, open the official website www.winehq.org, go to Downloads section and choose the distribution kit for Ubuntu. Then click the link to install the latest Wine version. Currently, the latest stable version is Wine 1.4.1. You can also download beta version Wine 1.5.21, which contains many improvements but may appear less reliable. The system will prompt you to open the link via Ubuntu Software Center. Agree to that and the Software Center will prompt to start Wine installation: 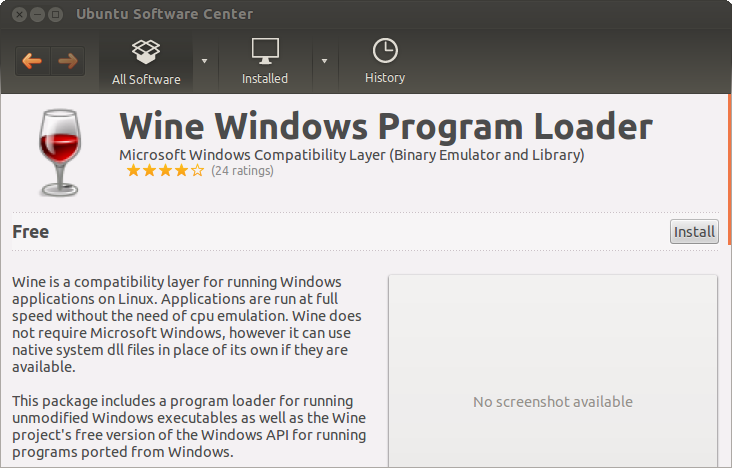 Installing Wine from the Command Line

To install Wine without using Ubuntu GUI, you can use command line (which is called "Terminal" in Ubuntu)

Type the following command to add WineHQ PPA repository, from which Wine will be installed:
sudo add-apt-repository ppa:ubuntu-wine/ppa 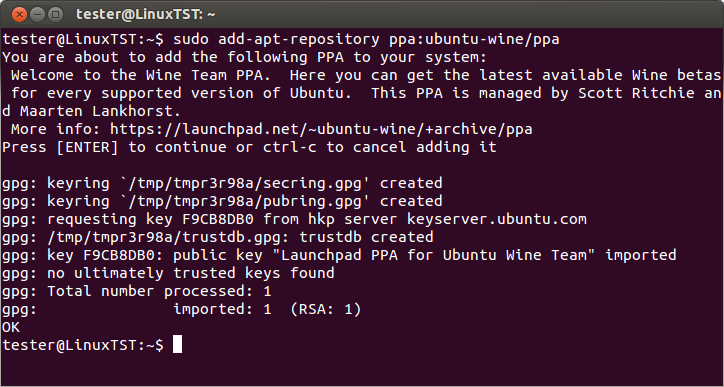 Wine v. 1.5 will be installed. Upon the execution, Wine is ready for use.

To use MetaTrader5, you should either download and install the installation file or copy the entire folder of the client terminal previously installed in Windows system.

To download the installation file, use the direct link mt5setup.exe.

The system will automatically determine that you are trying to run a file designed for Windows system and will offer to open it using Wine. Select this option and click "OK". MetaTrader5 installer will be launched. Complete all installation steps. 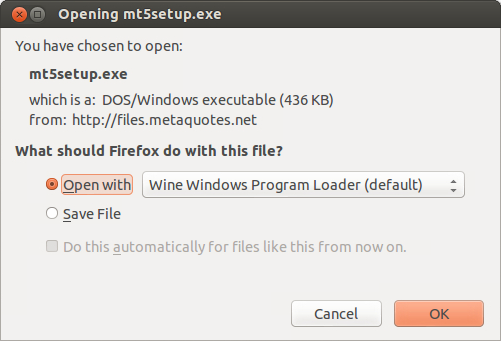 MetaTrader5 installer will be launched. Complete all installation steps. 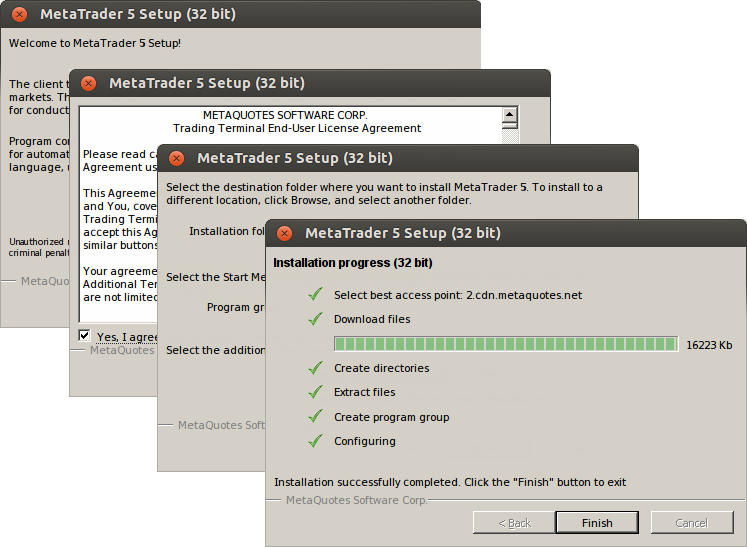 After installation is complete, you can start using MetaTrader5 by running the terminal.exe file.

Another way to use MetaTrader5 in Ubuntu is copying the entire folder of the trading terminal previously installed in Windows system. 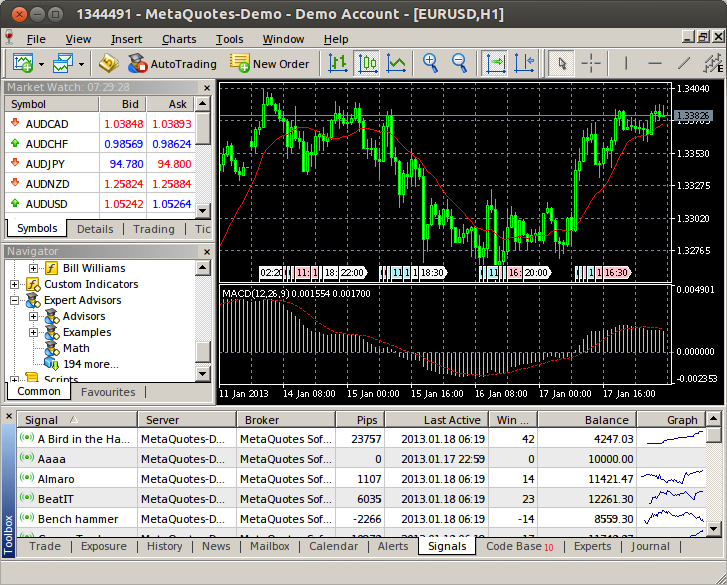