As we can see in the H4 chart, the pair is still correcting withing the rising tendency. After finishing several reversal patterns, such as Hammer, XAUUSD continues trading not far from the channel’s downside border. Possibly, the price may reverse and start a new growth towards 2000.00. At the same time, an opposite scenario implies that the price may fall with the target at 1900.00. 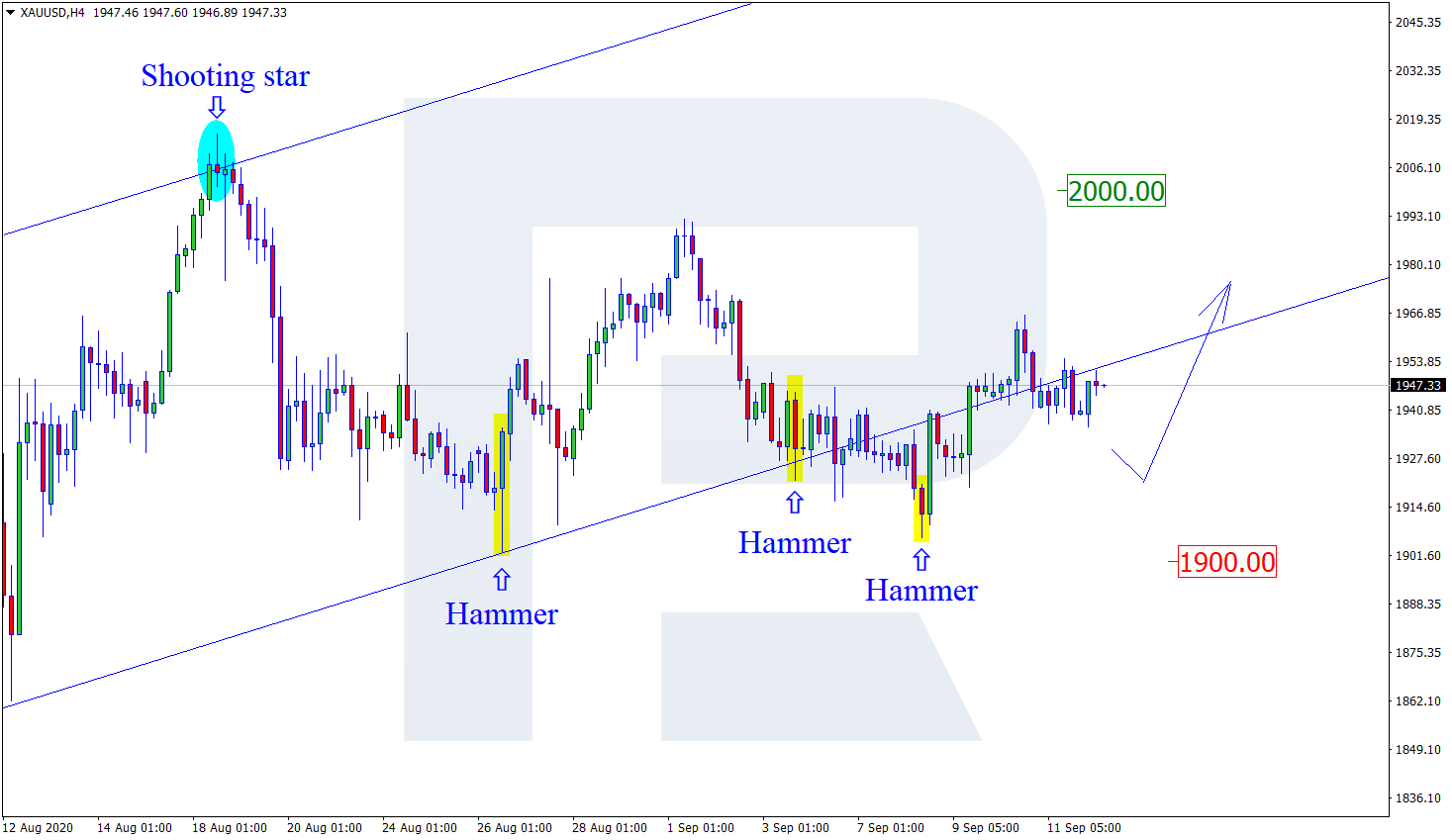 As we can see in the H4 chart, the uptrend continues. After forming several reversal patterns, such as Hammer, close to the channel’s downside border, NZDUSD has started reversing. At the moment, the price is expected to reverse and then resume growing with the target at 0.6765. Still, an alternative scenario says that the instrument may continue falling towards 0.6635 without reversing. 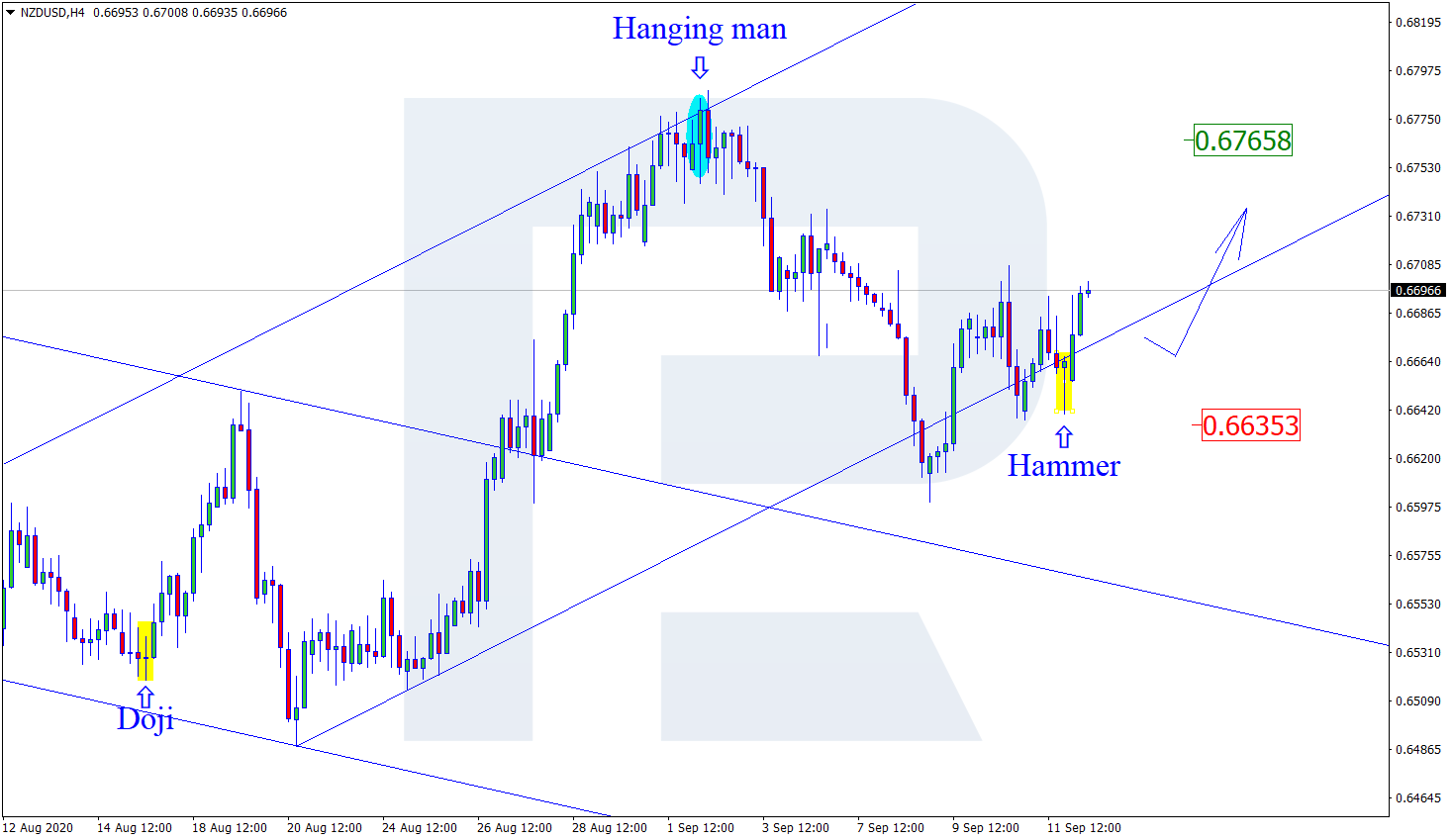 As we can see in the H4 chart, the pair continues falling; by now, it has formed several reversal patterns, including Inverted Hammer. Considering that the Pound is losing positions quickly, it is not expected to reverse. In the future, the price may slightly correct and then resume moving within the descending tendency. The correctional target is at 1.3000. However, there might be another scenario, according to which the price may continue falling without reversing and correcting. 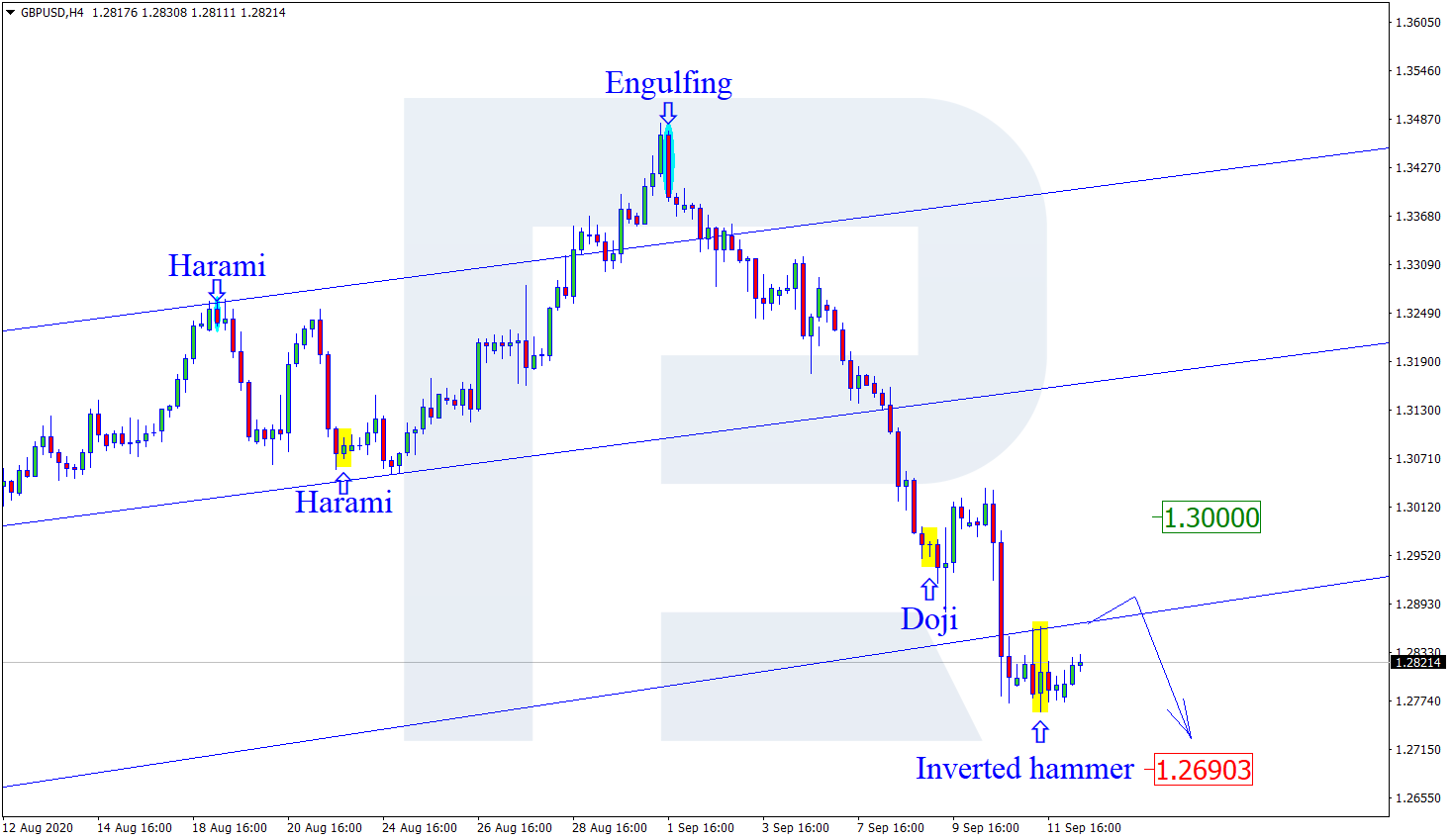