Eurodollar continues falling, so I’ve decided to change the target for my sell order. Now it’s the group of fibo-levels at 1.2215 – 1.2190. In addition to that, I’ve opened an additional sell order during a correction. 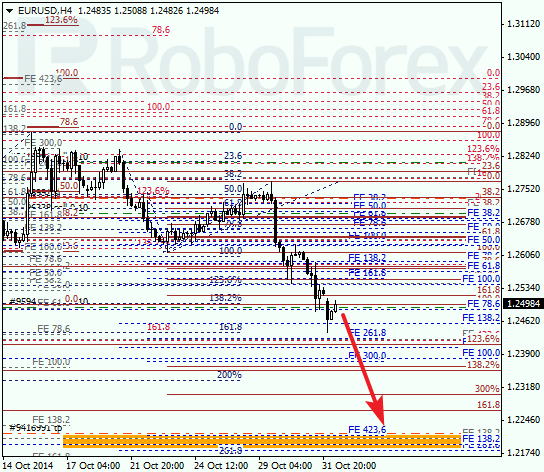 At the H1 chart, the predicted targets are confirmed by several local retracements. Temporary fibo-zones indicate that bears nay reach the lower target area during the next 24 hours. if they rebound from it, the pair may start a new correction. 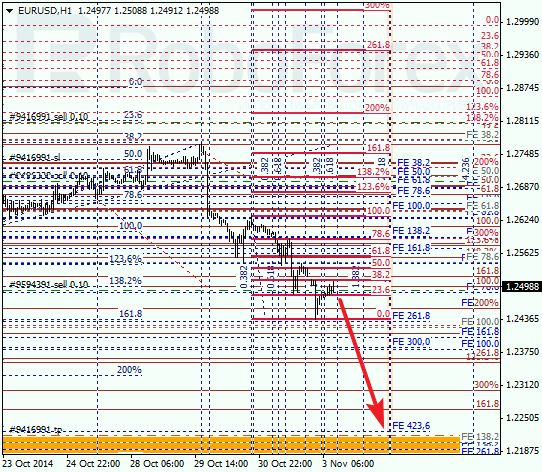 Franc continues moving towards its high. Last week the price rebounded from retracement 61.8% and resumed growing. The target for bulls is the group of upper fibo-levels. 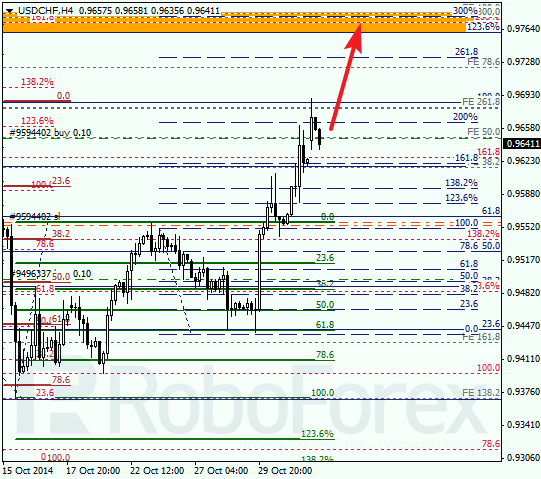 At the H1 chart, the upper targets are confirmed by several local retracements. I’ve already moved the stop loss on my buy order opened earlier to breakeven and opened an additional buy order during a correction. After the pair breaks the maximum, I’m planning to move the stop loss on both orders below the previous minimum. 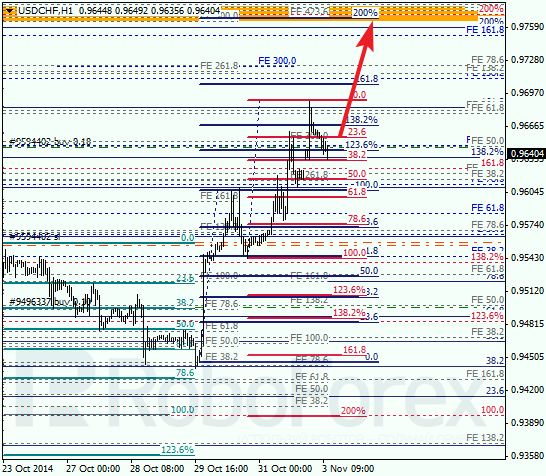