The price has rebounded from local retracement 61.8% several times and started a new descending movement. The closest target is still the group of lower fibo-levels: after reaching them, the pair may start a longer and more serious correction. I’m holding two sell orders. 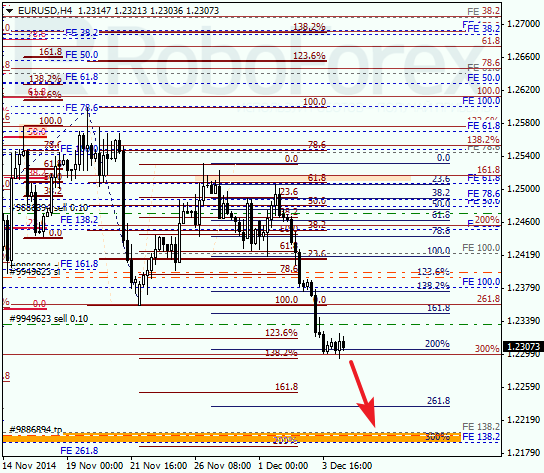 At the H1 chart, Eurodollar was supported by several local retracements. Later the market reached a new local low. In the near term, the pair is expected to continue moving towards the group of lower fibo-levels at 1.2180 – 1.2200. 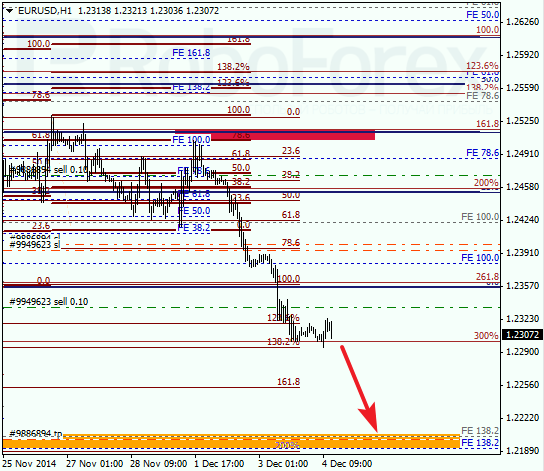 A double rebound from a local retracement 61.8% allowed bulls to return to the market. The market has reached its first target, but later it is expected to move towards the group of fibo-levels close to 0.9800. I’m moving my stop losses after the market. 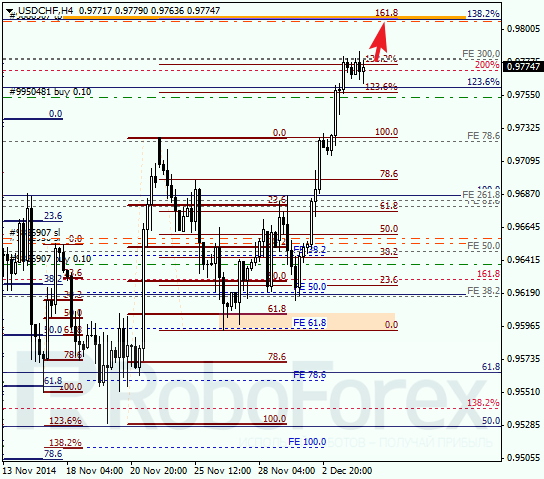 At the H1 chart, the pair is moving upwards quite steadily. Probably, after completing a local correction, the market may reach a new high. Possibly, Franc may start a more serious pullback from the upper levels. 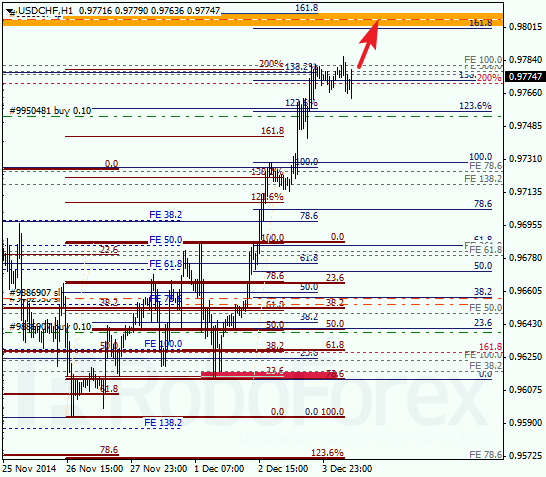