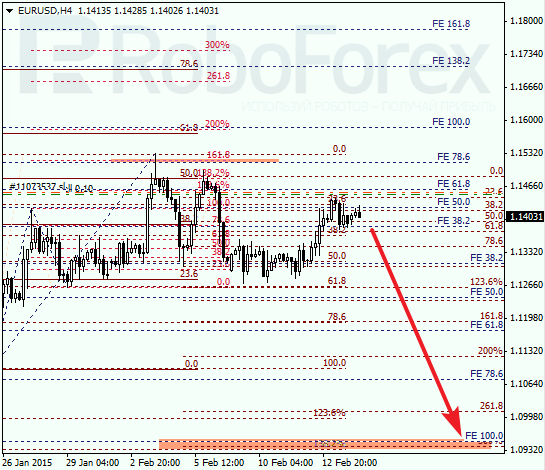 As we can see at the H1 chart, the intermediate group of fibo-levels (1.1180) is also important. The pair has attempted to stay below a correctional retracement 78.6%, which means that the market may start moving towards the above-mentioned levels. Possibly, later the pair may start a new short-term correction from the lower levels, thus giving an opportunity to open another sell order. 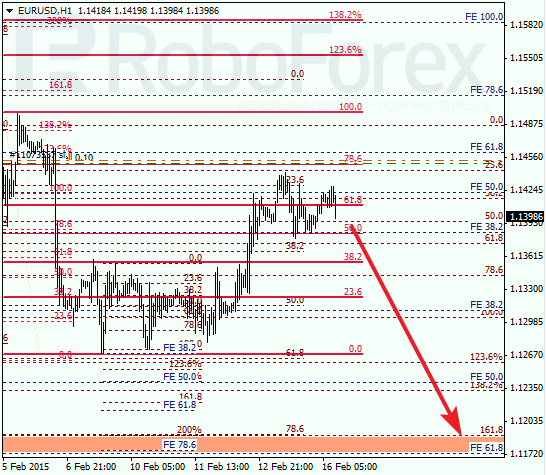 Last week, the pair rebounded from a correctional retracement 61.8% and several local levels near it. In the nearest future, the market is expected to complete the current correction, during which I opened another order, and resume its descending movement. 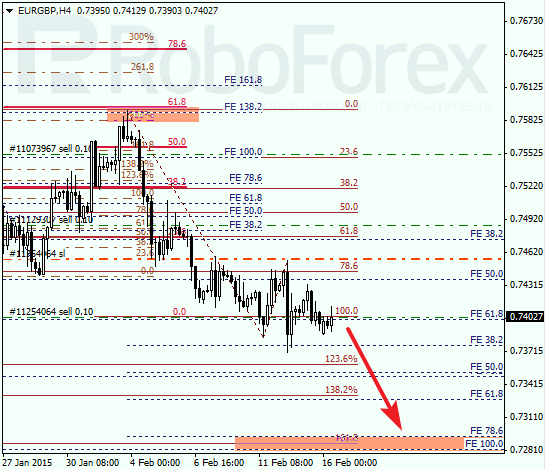 As we can see at the H1 chart, the price may complete the current short-term correction and rebound from retracements 50%. Later, the pair is expected to continue falling towards the predicted target area. I’m planning to move the stop loss to breakeven when the price breaks the minimum. 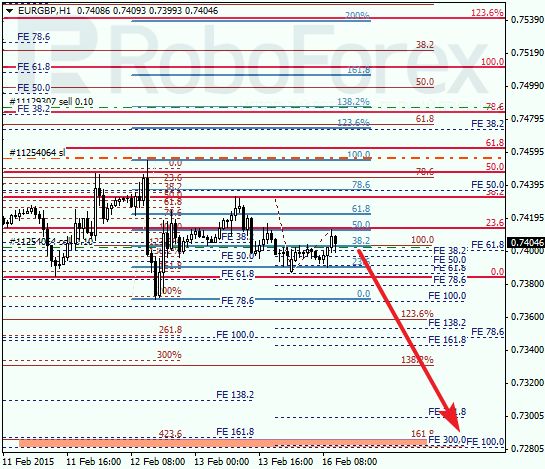