The rebound from a correctional retracement 78.6% was a reason for a new descending movement. Considering that the pair is already moving below retracement 38.2% (1.2688), after a local correction it may continue falling towards the group of lower fibo-levels at 1.2435 – 1.2425. 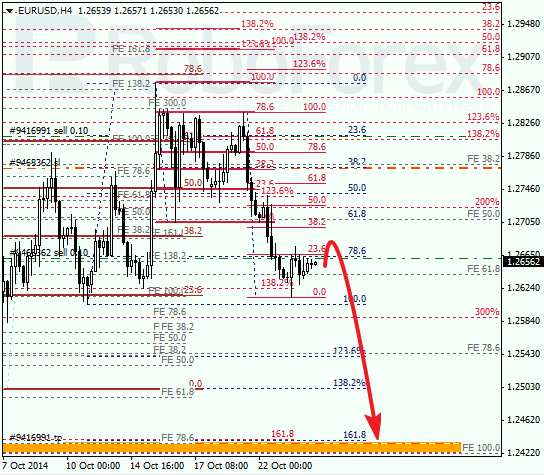 At the H1 chart, the predicted target area is confirmed by local retracements. After reaching them, the pair may start a more serious correction. I’ve managed to move the stop loss on my sell order, which I opened earlier, to breakeven. In the nearest future, the market may test a local retracement 38.2%: if the market rebounds from it, the pair may continue moving downwards. 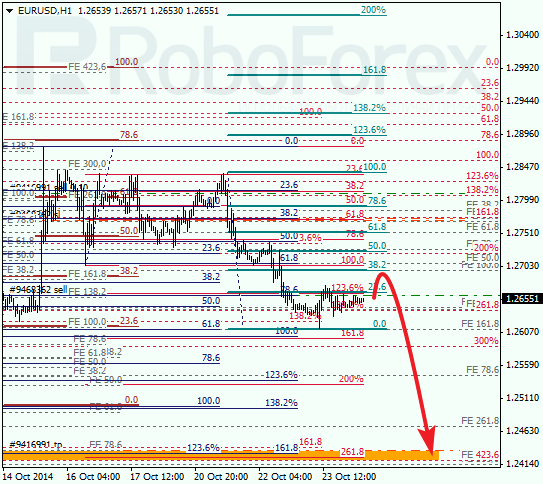 After rebounding from retracement 78.6% and several less important levels, Franc is attempting to resume growing inside the main uptrend. The target for bulls is the group of upper fibo-levels. 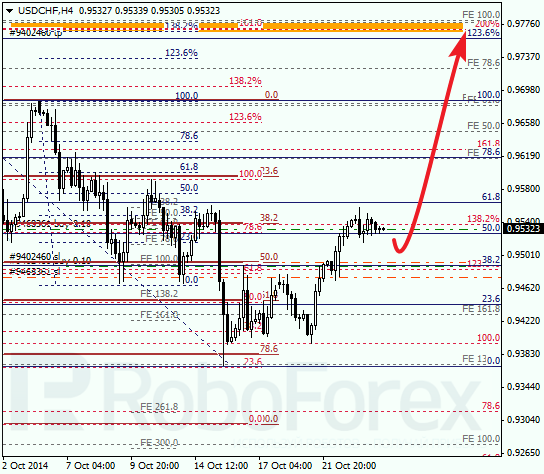 During a local correction, I’ve opened an additional buy order. In the near term, Franc may test a local retracement 38.2%: if the market rebounds from it, the pair may resume moving upwards. At the H1 chart, the upper targets are confirmed by several local retracements. 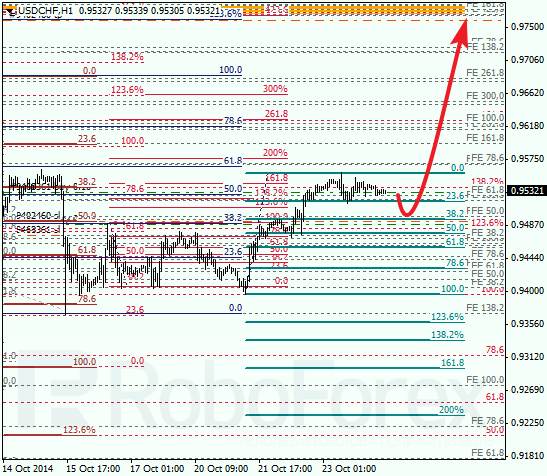