EURUSD, "Euro vs US Dollar"

On H4, the quotations are forming a correction in an uptrend. Testing the resistance level, the pair formed several reversal candlestick patterns, including a Harami. Currently, going by the signal, the price might pull back to the support level, aiming at 1.1810. However, the quotations might still grow to 1.1970 without a test of the support level. 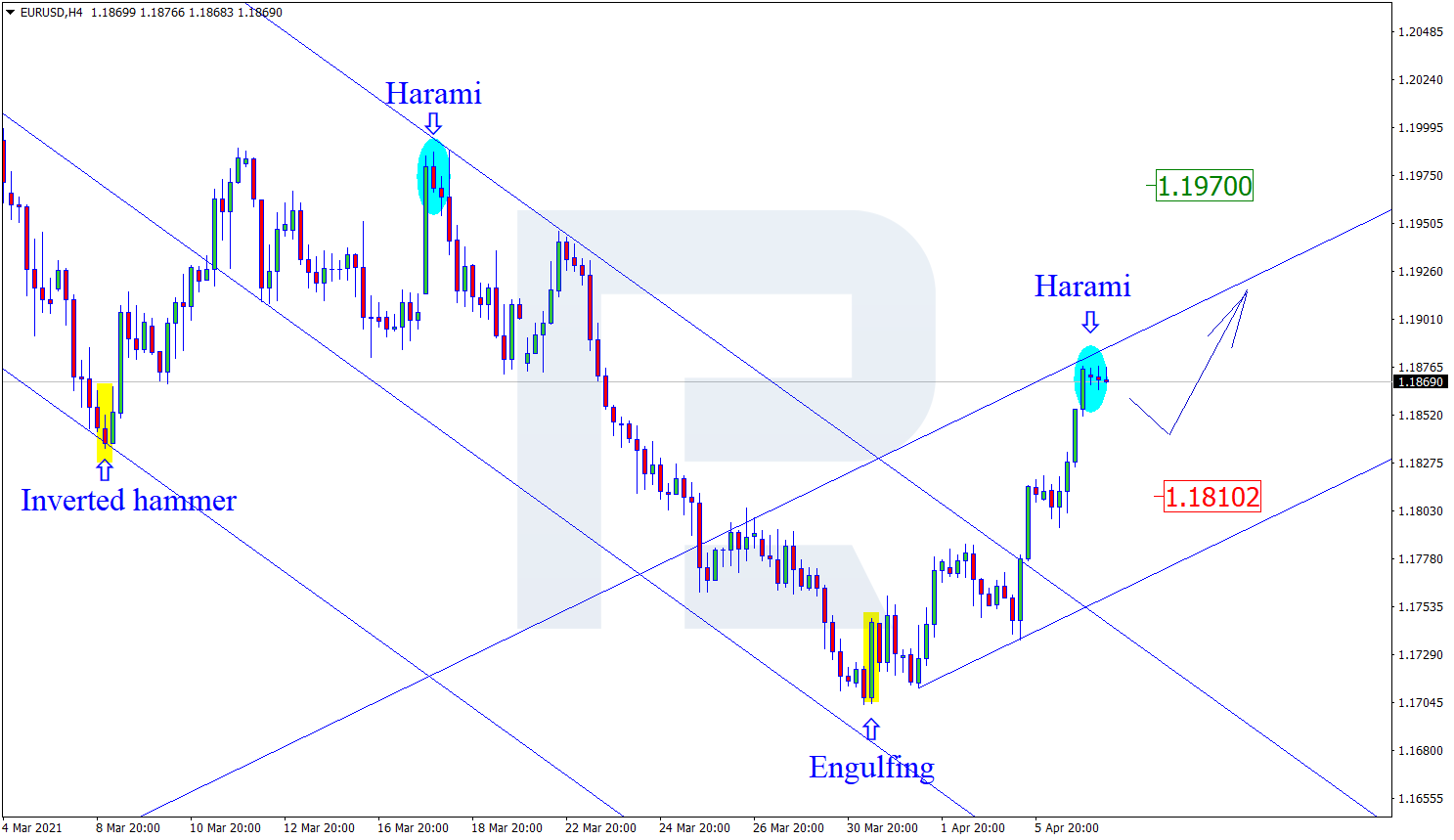 USDJPY, "US Dollar vs Japanese Yen"

On H4, the pair tested the support area and formed several reversal patterns, including a Hammer. As previously, the patterns might push yhe quotations to further growth to the target resistance level of 110.80. However, the price might still pull back to 109.10 before going on with the ascending dynamics. 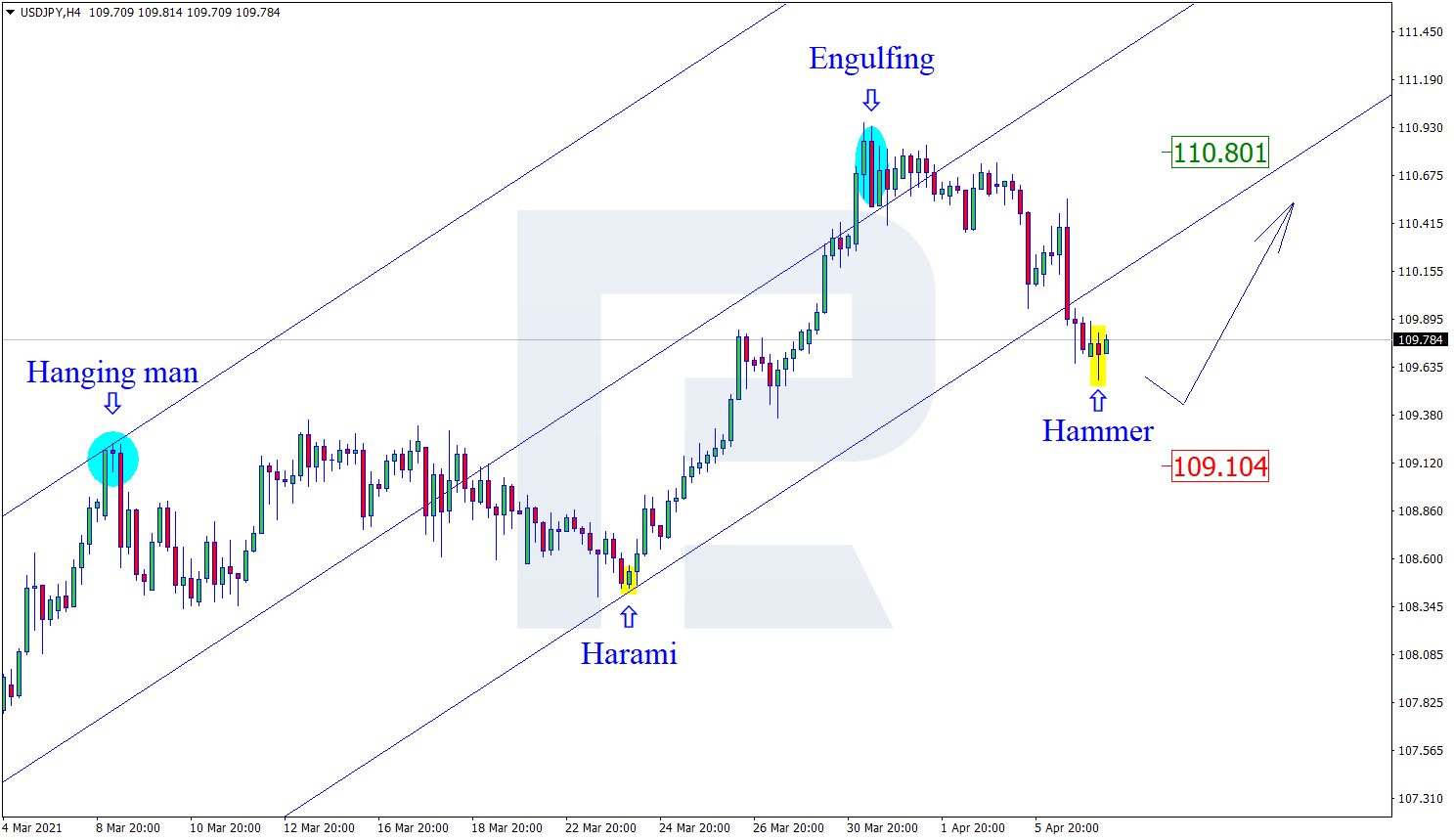 On H4, trading at the lower border of the channel, the pair formed several reversal patterns, including a Harami. Currently, going by the patterns, the price might go to the upper border of the channel. The aim of the growth is the resistance level of 0.8630. However, the quotations might still pull back to 0.8570 before resuming the ascending impulse. 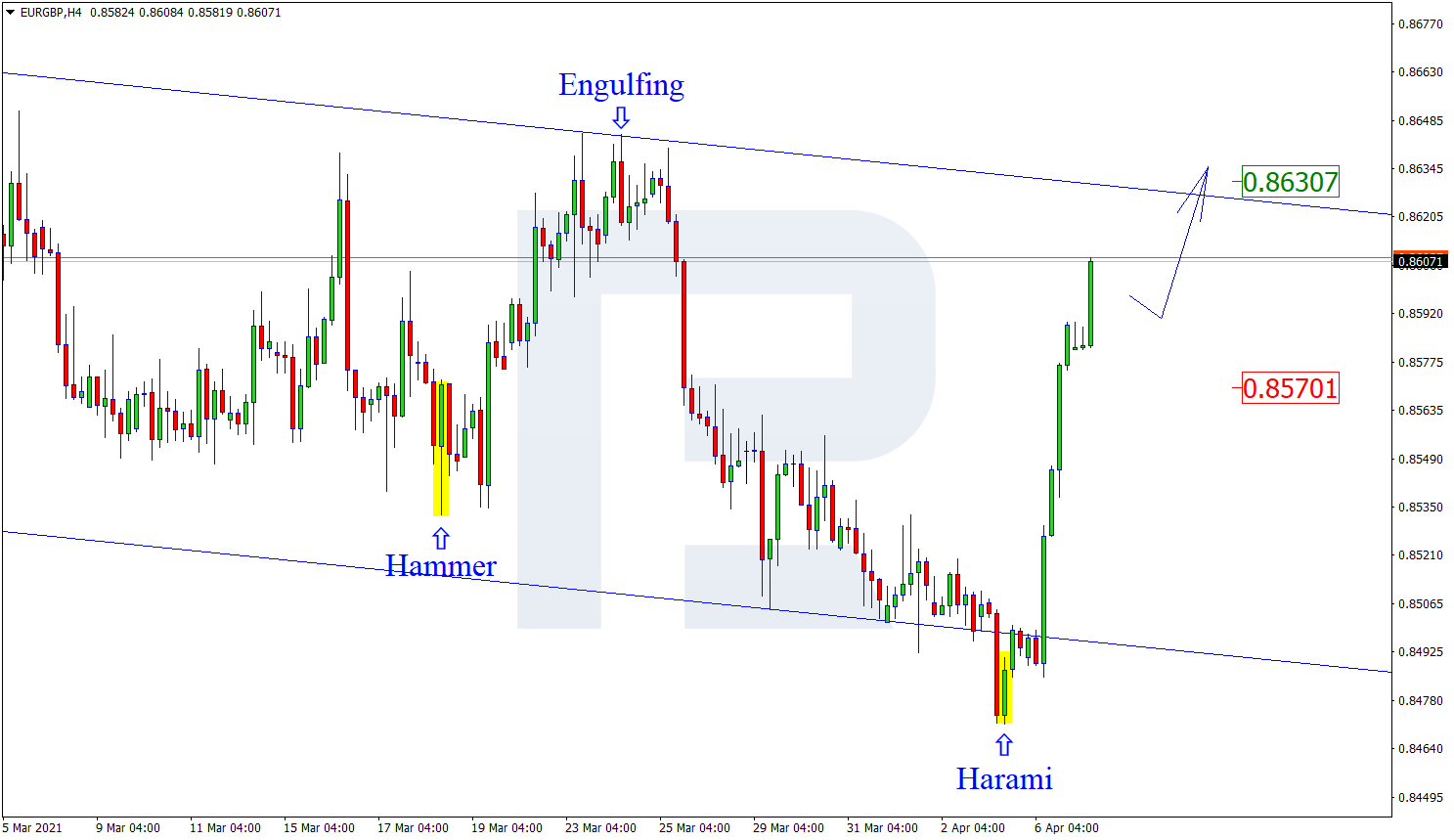