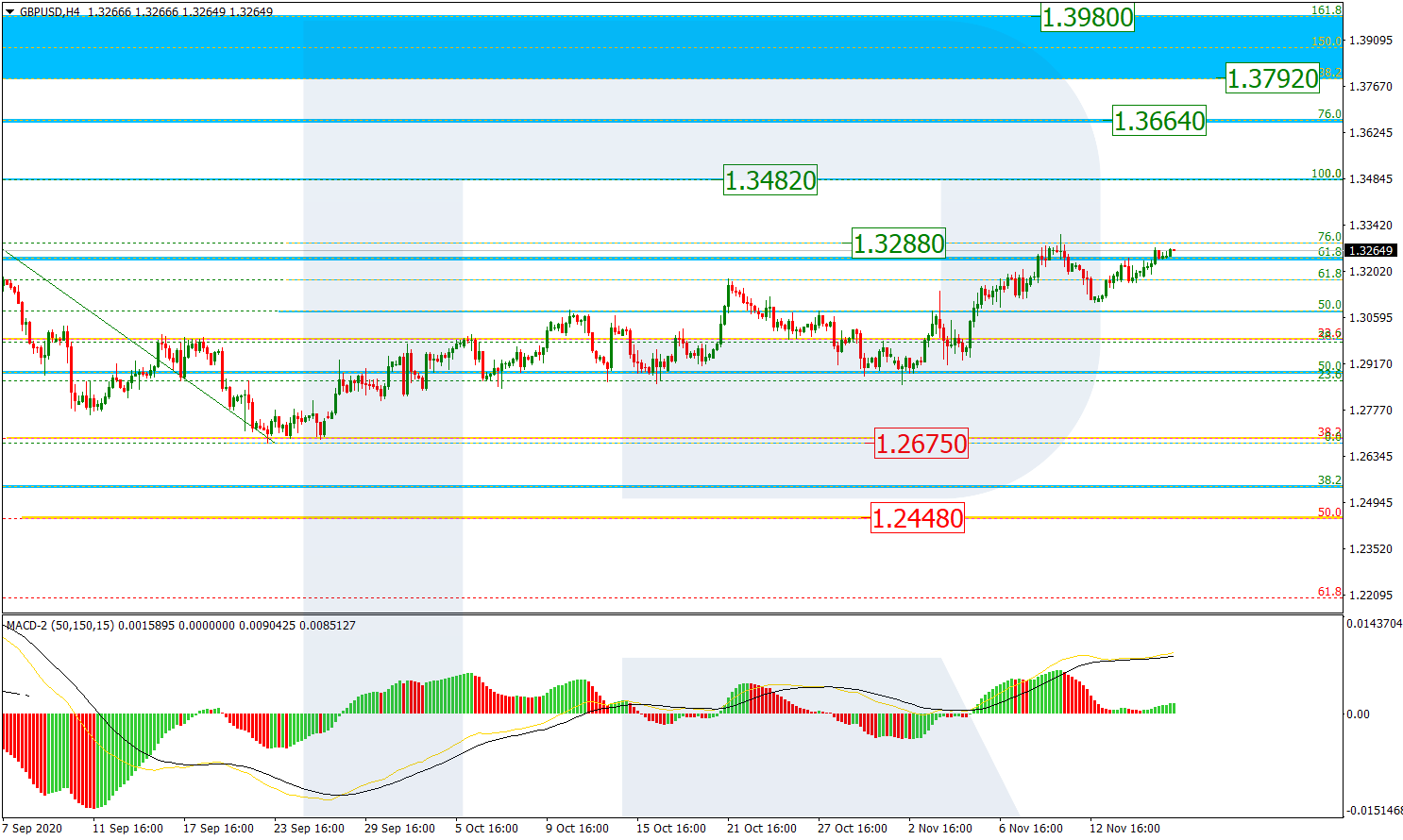 The H1 chart shows a new rising wave after a correctional decline towards 38.2% fibo. The short-term upside target is the high at 1.3313, a breakout of which may result in further growth towards the key high at 1.3482. However, if the instrument rebound from the high, the pair may start a new decline to reach 50.0% fibo at 1.3083. 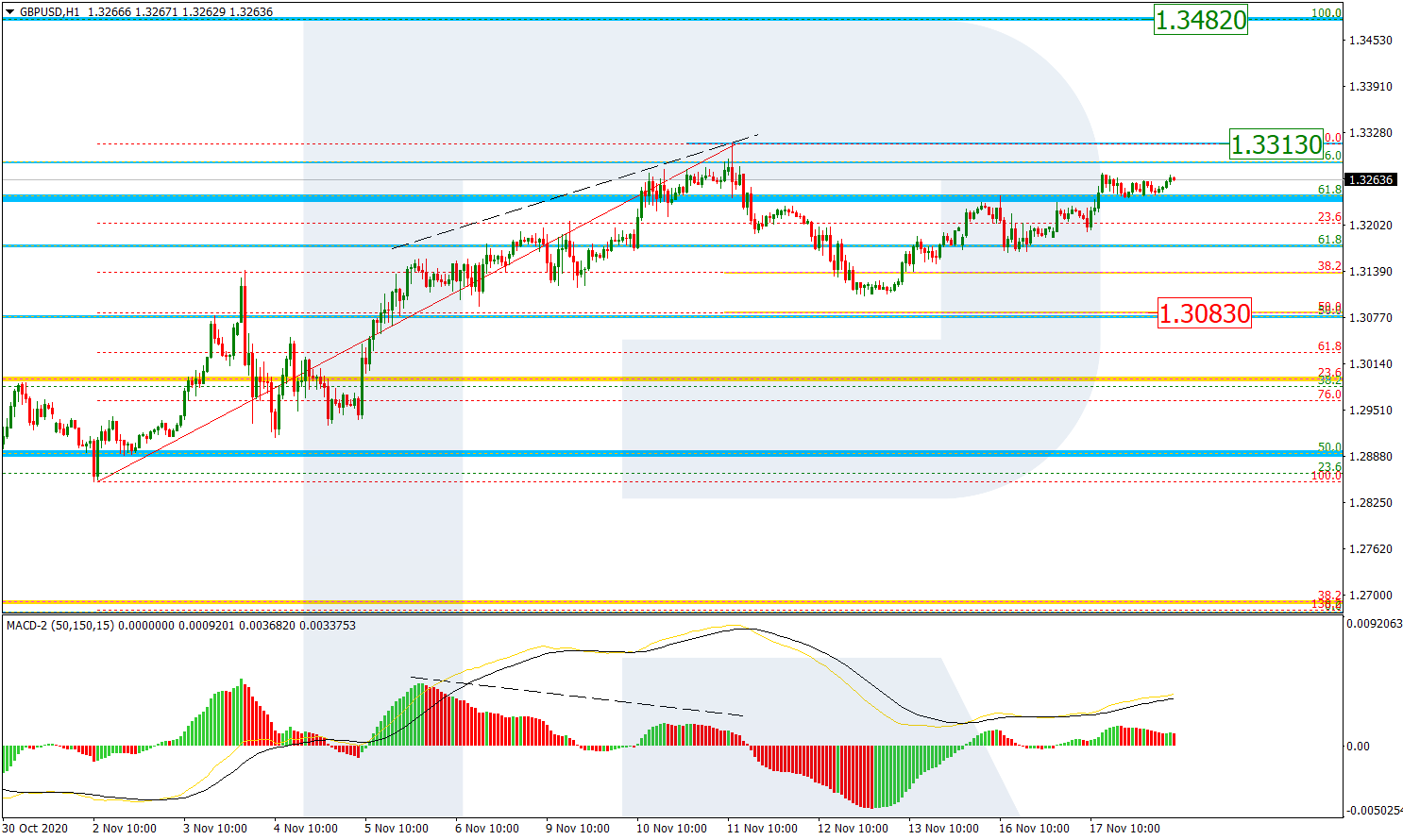 In the H4 chart, the asset is correcting to the downside after an uptrend and a divergence on MACD, and has already reached 38.2% fibo. The next descending wave may be heading towards 50.0% and 61.8% fibo at 120.74 and 119.24 respectively. However, considering a convergence on MACD and a quick rising wave after it, the “bullish” scenario is more probable. In this case, the upside target will be the high at 127.07. If later the price breaks the high, the instrument may continue trading upwards to reach the mid-term 61.8% fibo at 128.65. 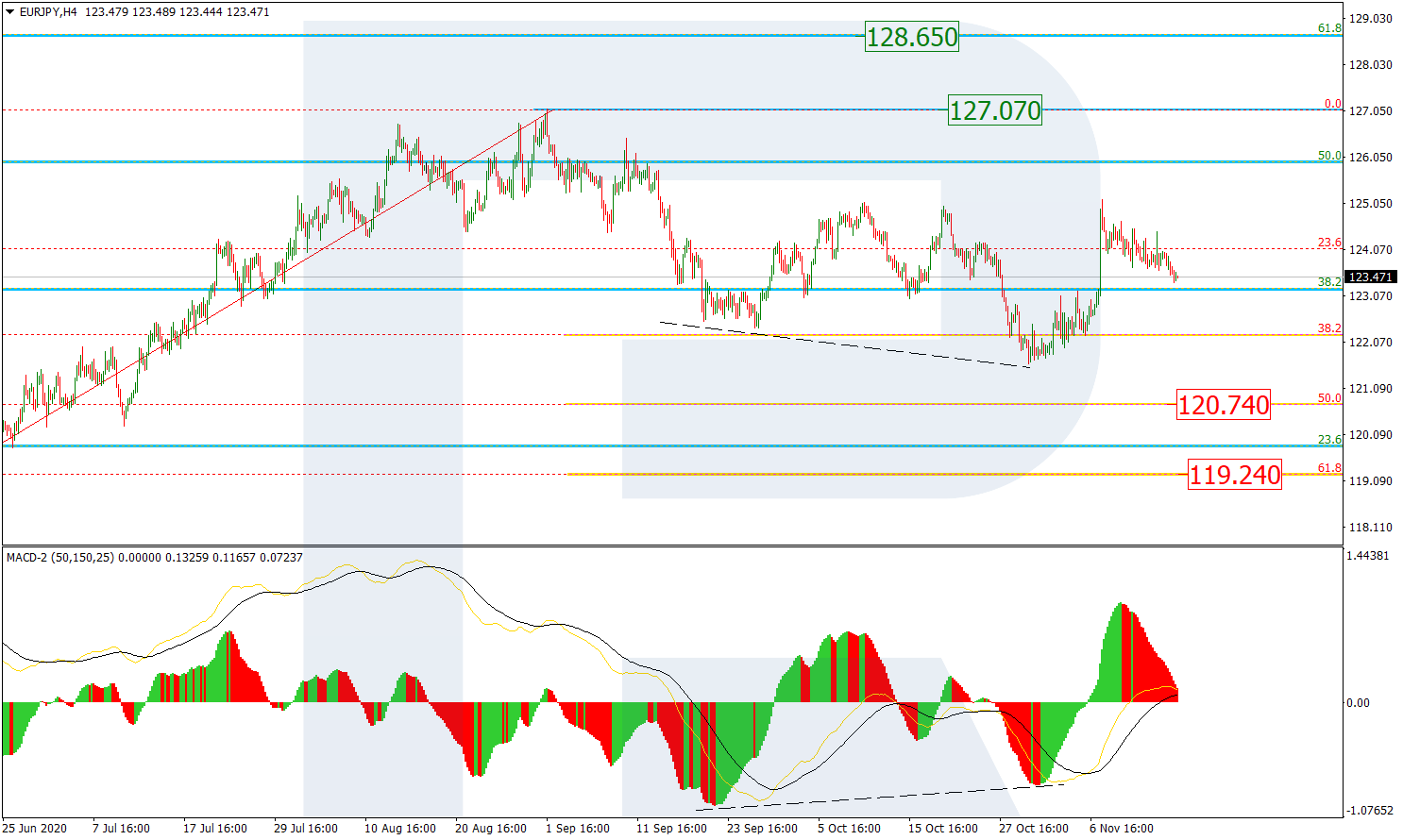 The H1 chart shows a Flag-shaped correctional structure after a rising impulse, which has reached 61.8% fibo. Right now, there is a convergence on MACD, which may hint at a possible ascending wave soon; the upside target is 76.0% fibo at 125.76. After breaking this level, the market may continue growing towards the next target, the high at 127.07. The key support is the fractal low at 121.62. 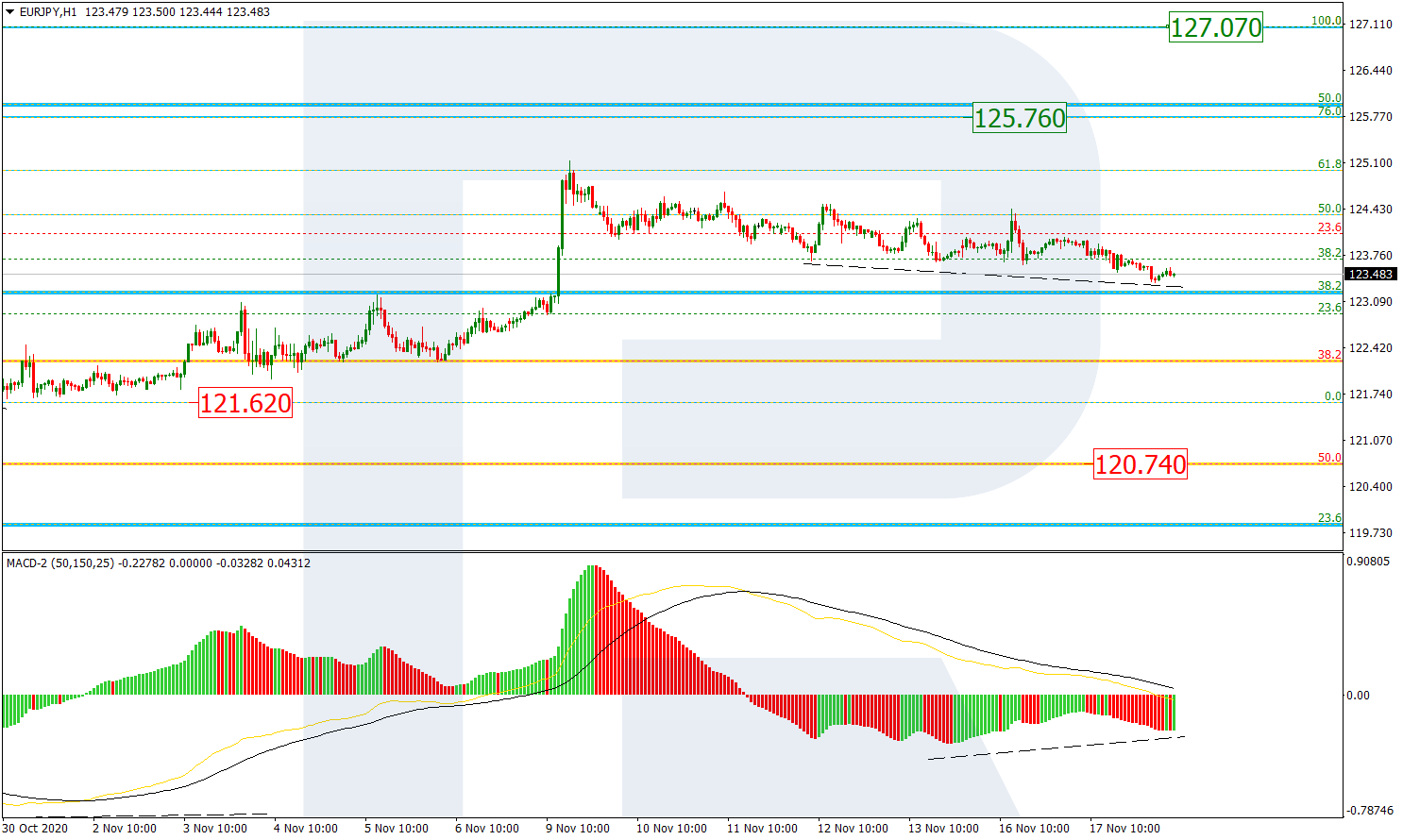