As we can see in the H4 chart, the previous decline has been replaced by a slight growth, which may start a new rising wave. If it happens, the upside targets may be 61.8% and 76.0% fibo at 1.3834 and 1.3987 respectively. However, an alternative scenario implies a further downtrend to reach the low at 1.3160. 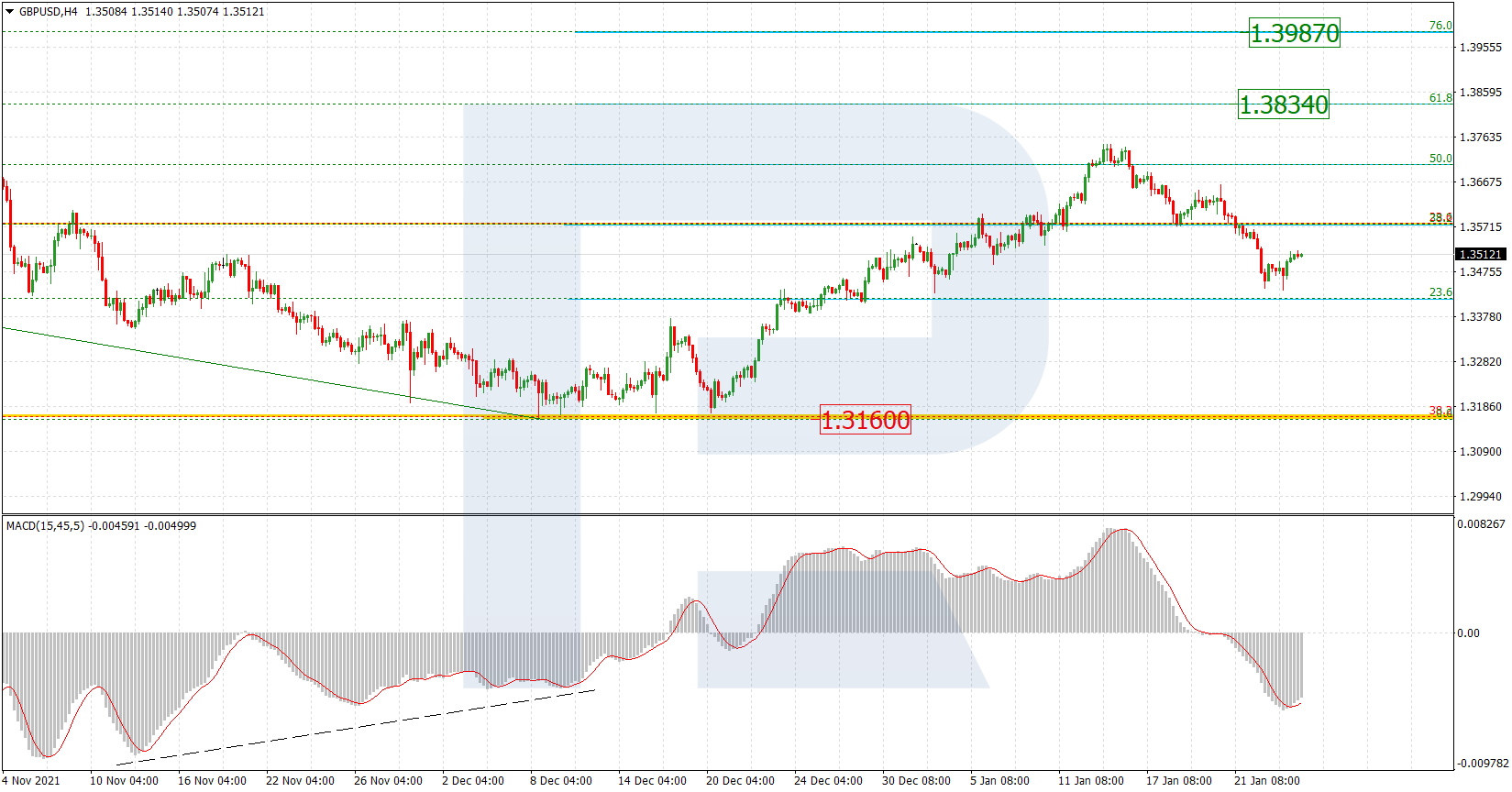 The H1 chart shows a more detailed structure of the current correctional downtrend. By now, the descending wave has reached 50.0% fibo and may later continue towards 61.8% and 76.0% fibo at 1.3385 and 1.3302 respectively. The local resistance and the closest upside target are is the high at 1.3749. 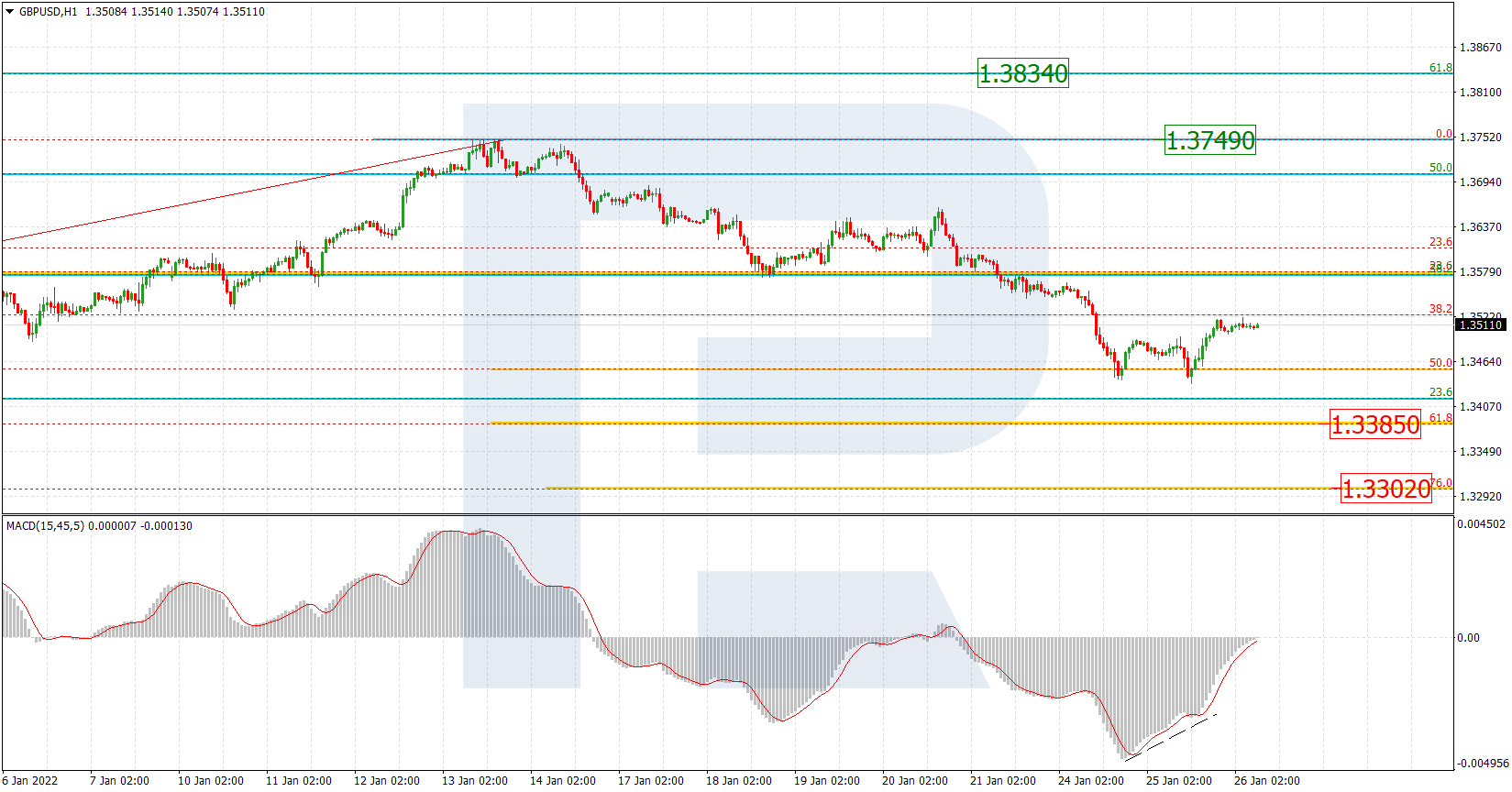 As we can see in the H4 chart, divergence on MACD made EURJPY complete the correctional uptrend and start a new decline. The downside target is the low at 127.38, a breakout of which may lead to a further downtrend to reach the long-term 61.8% fibo at 126.40. Still, there is a slight possibility that the pair may rebound from the low. In this case, the asset may continue the correction towards 76.0% fibo at 132.01. 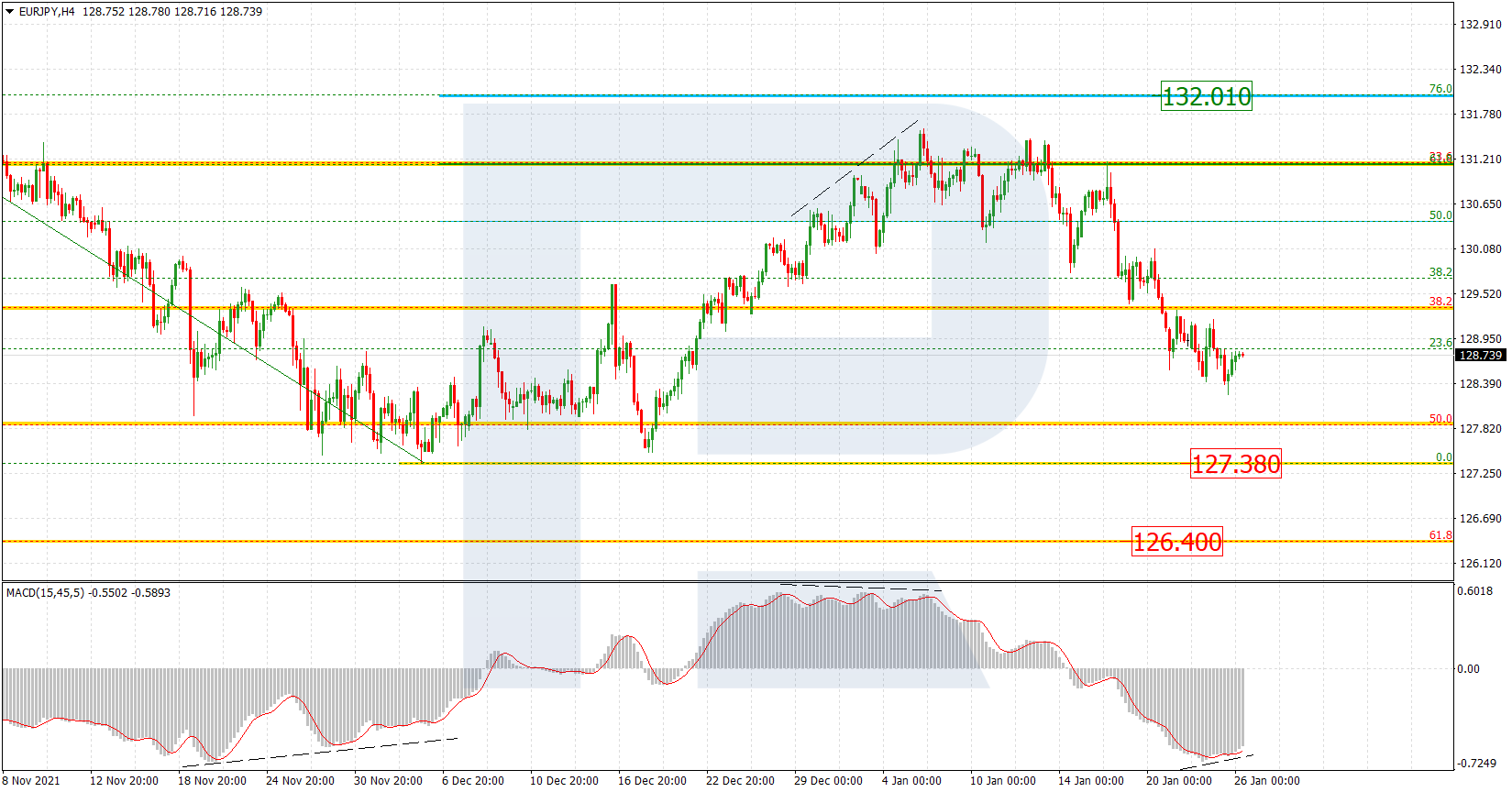 The H1 chart shows that the pair has reached 76.0% fibo. At the same time, there is convergence on MACD, which may hint at a possible pullback. 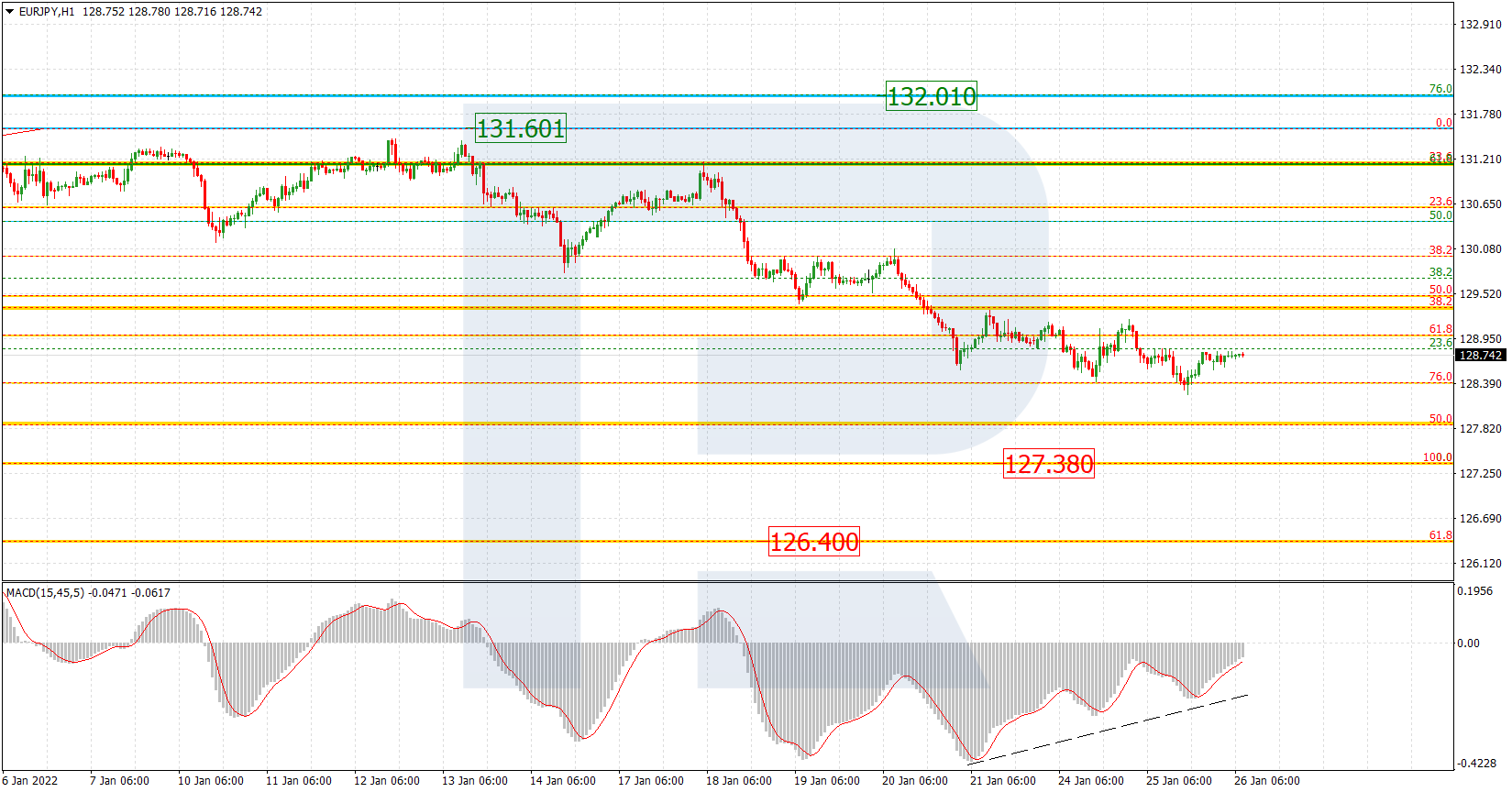