Yesterday the EUR/USD currency pair reached its target level and my Take Profit worked. However, the price isn’t in a hurry to make a reverse, so there is a possibility that it may continue falling down towards the next target area formed by the levels of 61.8% and 78.6%. 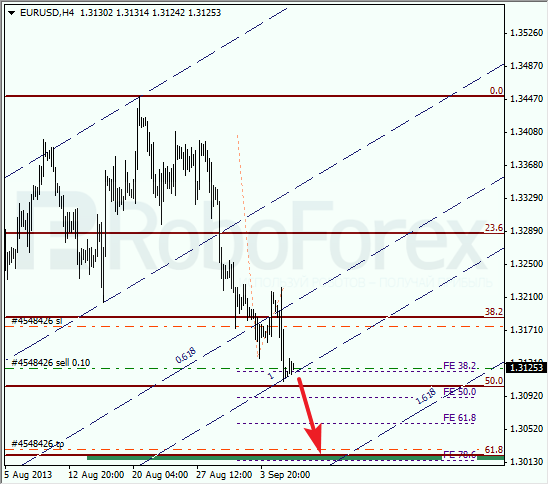 At the H1 chart we can see, that there is the level of 261.8% a bit below the target area. According to the analysis of the temporary fibo-zones, the predicted targets may be reached on Monday. 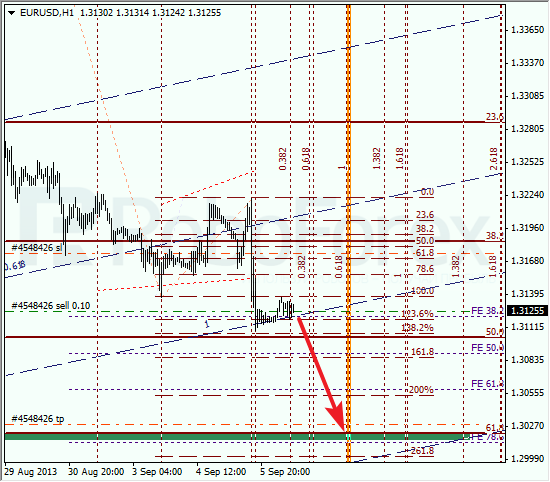 Franc reached the level of 50% and then started a correction, during which I opened a short-term buy order with the tight stop. If the pair breaks this level, the price will continue growing up towards the level of 61.8%. 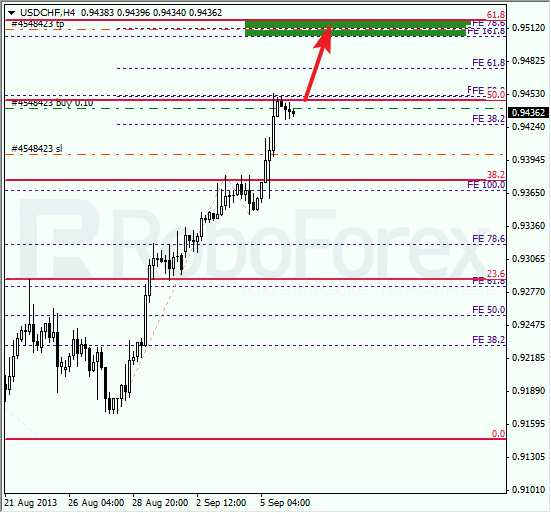 At the H1 chart we can see, that there are five fibo-levels in the target area. According to the analysis of the temporary fibo-zones, the bulls may reach the upper levels in the beginning of the next week. If later the pair rebounds from the level of 61.8%, the price may start a new correction. 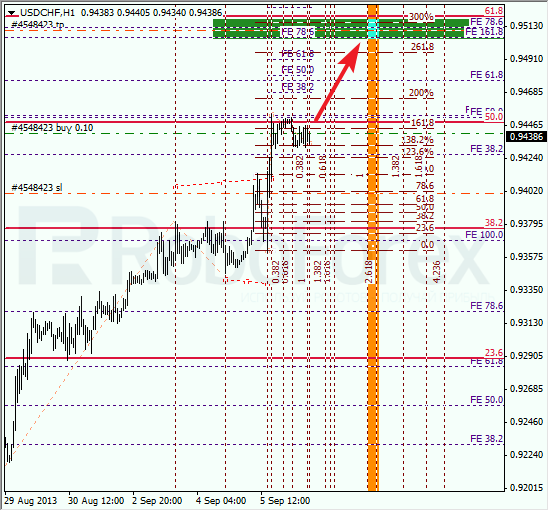